The West Point History of the American Revolution 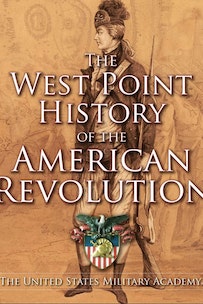 West Point’s own history has a deep connection to the American Revolution. Since the middle of the Revolutionary War, West Point has been the site of a fortification on the Hudson River defended by American soldiers. In 1780, the fortification was nearly handed over to the British during Benedict Arnold’s turn-of-coat. Today, West Point cadets march and train on the very same ground that Continental Army soldiers, like Joseph Plumb Martin, marched upon.

The excerpt below discusses the British military strategy in the southern states of Georgia, South Carolina, and North Carolina. After 1778, the British went on the offensive in the South to rally Loyalists and disrupt the economy of the Revolutionaries. The British also had to worry about the French Army and Navy, after France’s recent declaration of its alliance with the United States. The British offensive went well at first, but it eventually struggled as the campaign dragged on.

In November 1778, Clinton finally sent a small force—only three thousand troops—under the command of Lieutenant Colonel Archibald Campbell to attack Georgia. After a difficult voyage, Campbell's little army arrived off Savannah in the last days of the year. The expedition landed, brushed aside token resistance, and proceeded to take Savannah with ease. Campbell, who had a shrewd sense of the need to avoid alienating the local population, worked hard to keep his men well disciplined. He explained that they arrived as liberators rather than invaders, urging them to respect the persons and property of the local people. In a further sign of his desire to win over the population, as Campbell's forces advanced inland, he secured the help of the German Lutheran parson of Ebenezer to preach against "Rebellion and Licentiousness." In January 1779, Augusta fell to Campbell's troops. With Georgians flocking in to offer submission and even join the new royal militia, the British commander could hardly believe the scale of his success. "I have got the Country in Arms against Congress," Campbell Wrote on January 19; "I have taken a Stripe and Star from the Rebel flag of America." In March, civil government was restored to the colony, with Sir James Wright, the deposed royal governor, returning to resume his duties.

British rejoicing, however, was premature. Brigadier General Augustine Prevost, who had recently brought British reinforcements from East Florida and assumed command in Georgia, noted that the inhabitants of the backcountry, despite appearances of renewed loyalty, were biding their time to see whether the British presence was permanent or temporary. Reports of a large body of militia approaching Georgia from South Carolina led the British temporarily to evacuate Augusta, increasing the caution of the local people. The hesitation of Loyalists was intensified when some eight hundred Carolinian "friends to government," who had been heading for the British base at Augusta, were surprised and crushed at Kettle Creek, Georgia, on February 14 by rebel militia (also mostly from the Carolinas) led by Andrew Pickens. Prevost believed that Georgia could not be truly pacified while disaffected elements were encouraged by support from the neighboring province; the only way to secure Georgia, he concluded, was to advance into South Carolina, where the local Continental commander, Benjamin Lincoln, was assembling a new army. The rebels took the offensive first. A force under Brigadier General John Ashe, composed mostly of militia, briefly drove Campbell out of Augusta, but the retreating British troops turned on their pursuers and routed them at Brier Creek, Georgia, on March 3, 1779. In April, Lincoln responded by leading a larger force of Continentals and militia to recover Augusta.

To relieve the pressure on Prevost, Clinton dispatched an expeditionary force from New York to raid Virginia. Clinton reasoned that an attack in the Chesapeake would divert troops who might have marched south to reinforce Lincoln, and would also destroy supplies that could sustain the American southern army. Small wonder, then, that Clinton was dismayed when he discovered that Prevost, rather than pull back to defend Savannah, had recklessly advanced into South Carolina, hoping to compel Lincoln to abandon his own offensive. Prevost's troops made remarkable progress, reaching Charleston without undue difficulty.

John Rutledge, the governor of South Carolina, began talks with Prevost upon his arrival. Rutledge, it seems, was willing to surrender the town if the British commander would allow the province to become a neutral state, supporting neither side during the remainder of the war. Prevost, however, insisted on unconditional capitulation. The British commander realized that he had overplayed his hand when he learned that Lincoln was marching to protect Charleston. On May 12 Prevost lifted his siege and retired to Johns Island. His forces then evacuated their post on Johns Island in June, the rear guard at Stono Ferry repulsing Lincoln's attempt to dislodge them. The British retreated to Beaufort, where they remained during the summer, the intense heat making it difficult for either side to go back on the offensive.

Unsuccessful though it ultimately proved, Prevost's attack on Charleston had suggested that the rebellion's roots in South Carolina were shallow. The lesson was not lost on Clinton, who would give the southern strategy more serious support at the end of 1779. More immediately, however, it was the Americans who learned from the episode. They decided to commit themselves to removing the threat to Charleston by expelling the British forces from Georgia. Lincoln marched south from Charleston with more than 2,000 troops, but finding this number insufficient for the task the Americans approached their French allies for help.

D'Estaing's fleet sailed up from the West Indies, anchoring off the coast of Georgia on September 1. Reinforced by five thousand French troops, Lincoln's army began to surround Savannah. The British garrison, strengthened by the soldiers withdrawn from Beaufort, refused the summons to surrender, and a formal siege began. Heavy rain delayed the deployment of French artillery, which gave Prevost time to improve the town's defenses. By early October, the besiegers were ready to begin their bombardment, but even after three days of relentless shelling, Prevost refused to give in. French engineers concluded that the defenses were too strong and that the garrison would have to be starved into submission. But d'Estaing, whose ships were suffering in the stormy weather, decided that he could wait no longer. He ordered an assault on the town. The Franco-American assault failed disastrously, however, with the attackers "cut down by discharges of grape shot from the redoubts and batteries, and the musketry fire from the entrenchments." Some nine hundred of the French and American troops were killed or injured. British losses amounted to a mere fifty-four officers and men. Lincoln retreated to South Carolina and d'Estaing sailed for the Caribbean. As at Newport, Rhode Island, in 1778, the potential of Franco-American cooperation had not been realized. But Clinton, while relieved that Savannah had held out, remained fearful that sooner or later the French navy and American land forces would work together successfully. Shortly after the allied failure at Savannah, the British commander in chief ordered the evacuation of Newport, making this un northern anchorage available for the French navy.