The Philadelphia Campaign, Vol. I 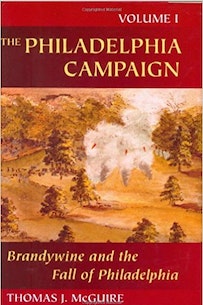 Beginning at daybreak on September 11th, the Battle of Brandywine was one of the largest land battles of the Revolutionary War with 30,000 combatants. The battle took place weeks after the British landed a fleet of over 200 ships on the northern shore of the Chesapeake Bay to begin their attempt to capture Philadelphia.

On September 11th, General George Washington and the Continental Army prepared to engage the British and Hessian forces at Chadd’s Ford on the Brandywine Creek. However, British General William Howe split his forces early in the morning, sending half east towards Washington’s position and the other half first north and then south following the Brandywine Creek to outflank the Continental Army.

After several hours of minor skirmishes, half of Howe’s army, led by General Cornwallis, prepared to attack Continental Army positions near the Birmingham Meeting House. By nightfall, the British had emerged victorious from a difficult fight.

Following the victory at Brandywine and a second victory at the Battle of Paoli nine days later, the British Army marched into Philadelphia unopposed on September 26th–occupying the city for the next nine months.

The following excerpt from Thomas J. McGuire’s The Philadelphia Campaign depicts the movement of General Cornwallis and Hessian forces as they marched to fight Continental troops at the Birmingham Meeting House.

Cornwallis's force now began moving into position. "At four in the afternoon our two battalions of light infantry and the Hessian jägers marched down the hill’ on the Birmingham Road. ‘They marched first in a column, but later, when they approached the enemy, in line formation, deploying to the left," von Münchhausen reported. Behind the light troops, "soon after this the English grenadiers did the same in the center, almost at the same time.’ About 400 yards to the right of the road, ‘just a little later, the English Guards formed the right wing." In support of the front line, ‘behind the English grenadiers were the Hessian grenadiers; behind the light infantry and the jägers was the 4th English brigade. The 3rd English brigade was in reserve on top of the hill." Near Howe, who was observing from the top of Osborne's Hill, were the 16th Queen’s Light Dragoons. "The two squadrons of dragoons, who were close to us," von Münchhausen stated, ‘halted behind the left wing of the Hessian grenadiers.”

After descending the hill, the light troops continued up the road in a column. Halfway to the Street Road, the Jägers swung to the left and headed about 800 yards east into broken, wooded terrain. With them were "two English 3-pounders," light cannons known as "grasshoppers," "which were covered by the Hessian Jäger Lieutenant Balthasar Mertz with thirty grenadiers." There were also two amusettes, large, heavy muskets capable of lobbing 1-inch balls several hundred yards. "The Jäger Corps had the honor to man the extreme left wing and consisted, after the departure of the detachments under Captain Ewald and the cavalry, which because of the difficult terrain could not follow us, to something over 300 men.”

The 1,300 troops in the two British light infantry battalions followed the Jägers and moved quickly into the area just east of the Birmingham Road. The fourteen companies of Maj. John Maitland's 2nd Light Infantry Battalion deployed on the right of the Jägers in some woods and open fields a few hundred yards out, while Lt. Col. Robert Abercromby's 1st Light Infantry Battalion, also fourteen companies, formed in the fenced fields along the road, their right flank resting on the road itself. On the hill behind them in support were the four regular regiments of Gen. James Agnew's 4th British Brigade, another 1,500 troops.

The light bobs were arranged in files four men deep, wi.th arm's-length intervals between chem. From this formation, the troops could quickly move into "extended order," from five to fifty yards apart. This permitted the great flexibility that was the hallmark of light infantry tactics and enabled the men to spread out and take cover rapidly as the situation required, for, as one light infantry officer put it, "in danger men like all animals croud together.”

As the light troops were moving into position on the left, the two British grenadier battalions, about 1,400 men, came down the hill on the Birmingham Road and began deploying co the right of the road, forming the center of Cornwallis's line. Lt. Col. William Medows's 1st Battalion of sixteen companies swung to the right and headed across fields and fences a few hundred yards west of the road, while the fifteen companies in the 2nd Battalion under Col. Henry Monckton took up their initial position in a line less than 100 yards behind Medows, forming a "column of battalions," with the Birmingham Road on their left.

About 400 yards west of the road, Gen. Edward Mathew's brigade of Guards came over Osborne's Hill in a column 1,000 strong to take the position of honor, the right flank. The 1st Guards Battalion swung to the right and deployed, while the 2nd Battalion fell in on their left, next to Monckton and Medows. Like the light infantry on the left, the Guards were advanced about 200 yards ahead of the grenadier battalions. The Guards Light Company fanned along the front, while the Guards Grenadier Company held the most prestigious position in line, the right of the right. Both flank companies were commanded by Sir George Osborn.

The scene was spellbinding. "Being now in front of the army we walked inconsiderately," Joseph Townsend remarked, as he and Johnson went into a field to the left, southeast of the Birmingham Road, about halfway between Osborne's Hill and the Street Road. "On turning our faces back we had a grand view of the army as they advanced over and down the south side of Osborns Hill and the lands of James Carter, scarce a vacant place left." From the Birmingham Road west, Cornwallis's front was half a mile wide-and that was only half of his first line. Brigade artillery, ammunition wagons, officers and their aides on horseback – "almost the whole face of the country around appeared to be covered and alive with these objects.”

“While we were amusing ourselves with the wonderful curiosity before us," Townsend recalled, "to our great astonishment and surprise the firing of the musketry took place." Ahead, Ewald and the advance guard were still deployed at Jone's orchard and could see the army forming up behind them. It was now approaching 4:30, nearly forty-five minutes since he had first skirmished with the 3rd Virginia. The waiting was unbearable, and with enemy skirmishers only a few yards away, Ewald took matters into his own hands. "As soon as the army had drawn near to me by three or four hundred paces, and I received no orders," he admitted, "I attacked the village and the church on the hilI.” 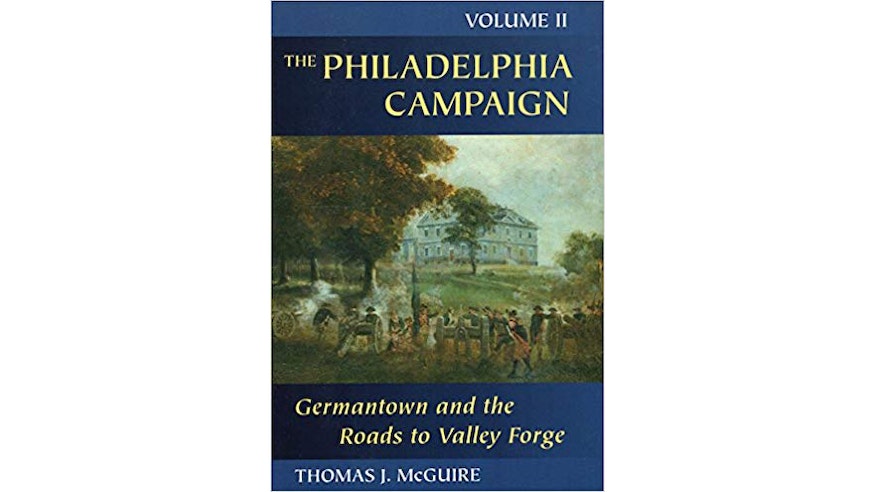