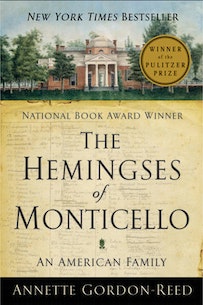 The Hemingses of Monticello: An American Family by Annette Gordon-Reed

For almost two centuries, most historians who wrote about Monticello, Thomas Jefferson’s home that encompasses an ornamental landscape, a farm, a plantation, and a small mountain in Charlottesville, Virginia, considered its architecture, the intellectual life of its patriarch, and the legacies of the documents Jefferson composed. Beginning in the 1990s, historian and law professor Annette Gordon-Reed broadened this view, repopulating Monticello and its landscape with the enslaved people who worked the land and lived in Jefferson’s household. Most importantly, she investigated the relationship of Jefferson and Sarah “Sally” Hemings, an enslaved woman, helping to inspire a 1998 DNA study that finally settled a longstanding debate: Jefferson was the father of Hemings’s children.

Pulitzer Prize-winning author and historian Annette Gordon-Reed joined the Museum of the American Revolution virtually for the third annual Carl M. Buchholz Memorial Lecture on Sept. 24, 2020, to examine how we can wrestle with — and have honest dialogue about — the complexities in our nation’s history. See Content

In The Hemingses of Monticello: An American Family, Gordon-Reed expands her work into a biography of an entire family in the era of the American Revolution. A key figure in this story is Elizabeth Hemings, Sally Hemings’s mother. In this excerpt, Gordon-Reed considers what the American Revolution meant to Elizabeth, Sally, and Sally’s children, some of whom travelled with Jefferson to Paris, Philadelphia, and New York. These people lived in a world that the Revolution was only just beginning to transform.

Elizabeth Hemings and her children lived through the Age of Revolution. The end of the 1780s and the beginning of the 1790s saw the denouement of one, in America, and the beginnings of two others, in France and in one of its colonies, Saint Domingue. From the British invasion of Richmond to the malaria and smallpox-infested encampment at Yorktown and to the storming of the Bastille, several of Elizabeth Hemings’s children had an ironic presence at galvanizing struggles for social transformation. Ironic, because these upheavals were not designed to bring about a revolution in their own particular circumstances; and if any people needed a transformation of their lives, it was the Hemingses and other American slaves.

Although the American Revolution failed to end slavery in the South, or immediately to destroy it in the North, it did change, for a time, the nature of the conversation about the institution. In the wake of revolution and the talk of the natural right to freedom, Virginia liberalized its emancipation law in 1782, allowing individuals to free their slaves without the permission of the state. The rhetoric of political revolution was not the only influence. Religion played an important role as well. Denominations that had first appealed to nonelite white Virginians, Baptists, and Methodists the latter guided by the abolitionist and, for his day, antiracist sentiments of John Wesley, sent ministers throughout Virginia in the 1790s preaching the gospel. Methodists, in particular, urged any of their members who owned slaves to free them. A number of them did. In ways that might astonish modern observers, black and white Virginians in the early Republic worshipped together in Methodist services, sometimes with black men, often still enslaved, acting as lay preachers. This, not surprisingly, drew the enmity of those who feared alliances between ordinary whites and black people of any status. When large numbers of upper-class white Virginians began to join the church during the first years of the nineteenth century, they insisted on marginalizing blacks, persuading any lower- and middle-class whites who might think otherwise that racial affinity was vastly more important than religious affinity. Soon churches that had urged their members to free slaves began to own slaves themselves.

The revolution in Saint Domingue brought a flood of refugees into the United States, many to Virginia towns like Richmond and Norfolk, telling stories of the bloody and successful slave revolt. The specter of blacks killing whites for their freedom struck terror in the hearts of Virginians. By the end of the 1790s, the small spirit of liberalization the American Revolution had brought to race relations in Virginia began to dissipate in the wake of white Virginians’ fears that enslaved people would follow the course they had taken with Great Britain: engage in armed conflict against their oppressors.

At the beginning of the decade, however, the Hemingses lived in a Virginia where more subversive ideas were being offered in the market-place, with a small, but growing, population of freed blacks whose presence served as both provocation and inspiration. As to provocation, most whites simply did not want these blacks without masters around. Their very existence severed the link between blackness and slavery and reminded the enslaved that freedom was a real possibility. Stifling the imaginations of blacks—and of whites included to be sympathetic to them—became the order of the day, discouraging thoughts that there could be any real change in the way black and white Virginians went through the world together. With most blacks laboring under the disabilities of slavery, life was made hard for those who became free.

As to inspiration, free blacks provided enslaved members of their race with a hopeful example of what could be if they somehow managed to break free. They saw them acting on their own as artisans and farmers, some falling under the weight of white hostility others making decent lives for themselves. A cogent equation was projected: black did not have to equal slave. 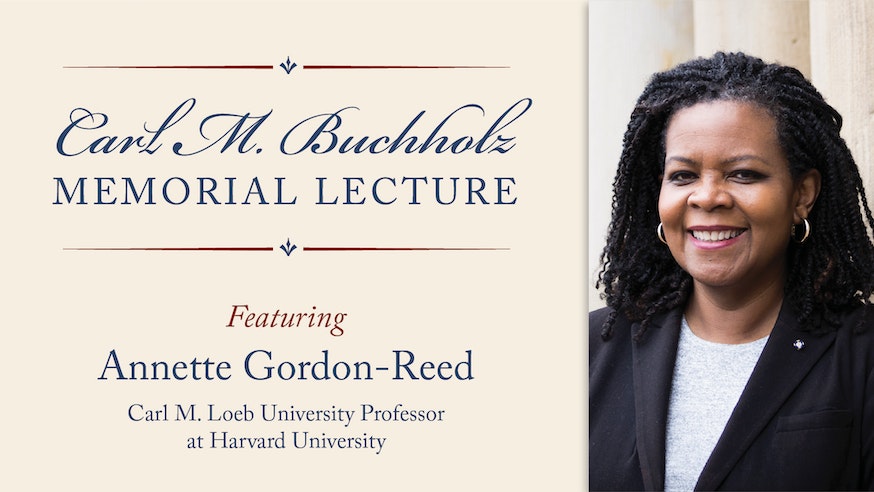 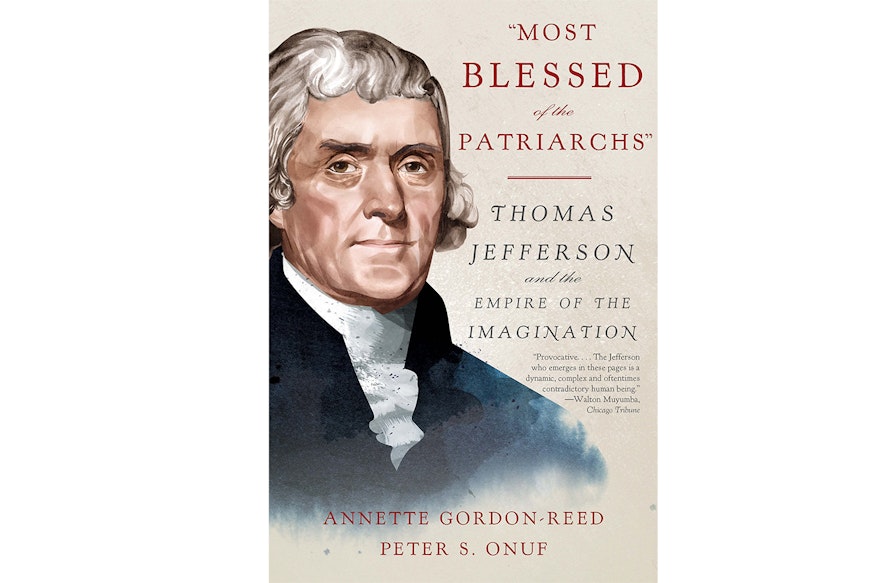 This excerpt from authors Annette Gordon-Reed and Peter Onuf dissects the life of Thomas Jefferson and explores his attachment to home and to family.
Read More