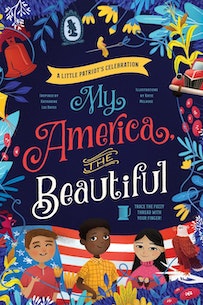 Buy books from this reading list in the Museum Shop. Buy the Book

My America The Beautiful, by Katherine Lee Bates and Kate Melrose

She Persisted: 13 American Women Who Changed The World, by Chelsea Clinton

Independent Dames: What You Never Knew About the Women and Girls of the American Revolution, by Laurie Halse Anderson

I Survived the American Revolution, 1776, by Lauren Tarshis

Sybil Ludington: Revolutionary War Rider (Based On A True Story), by E.F. Abbott

Never Caught, the Story of Ona Judge: George and Martha Washington's Courageous Slave Who Dared to Run Away, by Erica Armstrong Dunbar and Kathleen Van Cleve

Hamilton and Peggy! A Revolutionary Friendship, by L.M. Elliott