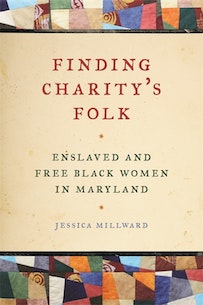 Purchase the book from University of Georgia Press.

What is the difference between liberty and freedom? Today, we use these words as synonyms. People did in the past, too. But more often in the Revolutionary era, Americans used “liberty” when talking about political rights. “Freedom” was a more ambiguous concept. In Finding Charity’s Folk: Enslaved and Free Black Women in Maryland, Dr. Jessica Millward, Associate Professor of History at University of California, Irvine, pieces together a social history of Charity Folks’s (1757-1834) journey to freedom in Annapolis, Maryland.

Millward argues that American independence was profoundly shaped by the ability to move, and that people found not just freedom within slavery but also moved from slavery into freedom. She explains further in the book’s introduction.

The example of Charity Folks shows that though we tend to see manumission as an individual act, achieving freedom was a communal effort for enslaved women. The routes to freedom were varied and often took several generations to traverse… Charity’s case and the wider social histories allow us to expand existing definitions of freedom and independence (Museum editor's note: author's emphasis) in revolutionary America by understanding the varied meanings these terms held for bondwomen. The gendering of freedom influenced notions of liberty, equality, and race in what became the new nation. This gendering also had long-term implications for African American women’s interactions with the state. While a singular definition of freedom—or its manifestations—is not really possible because the conditions and experiences of enslavement were not uniform, this study focuses chiefly on two aspects of how enslaved people defined freedom. The first is grounded in the historically specific circumstances of enslaved women, exploring their experiences and suggesting ways that using the archive of Charity’s life can move our discussion of the lives of enslaved women and their long struggles for freedom in new directions. The second involves an investigation of the meanings of mobility and impact on the autonomy of enslaved and ex-slave women’s slaves… Following the American Revolution, Africans and African Americans borrowed from the language of the War of Independence to further articulate their own claims to freedom. The lives of Folks and others of her generation suggest that those who actively sought their freedom occupied a stressful social position even after manumission. The difficulties women faced as they sought and gained legal freedom while simultaneously working to maintain family ties illustrate the gendered nature of emancipation. In the case of Charity Folks, gaining freedom required a long and patient battle. Nearly forty years elapsed between the time she was promised freedom and her grandchildren’s liberation. Like many other enslaved women of her time, she was the architect of her own freedom.

Was Charity Folks’s manumission typical or exceptional, and how did she rely on extended family networks? In this excerpt, Millward explores what freedom meant for Charity Folks and for other enslaved and free Black women after the Revolutionary War.

Despite the small number of petitions presented in the wake of the American Revolution, black women’s presence in Maryland courts shifted dramatically from the late eighteenth to the middle of the nineteenth century. During the revolutionary era, African Americans used descent from white women or the black women to justify freedom. After 1809, however, that strategy became less effective. But black women consistently entered the courts as litigants on behalf of their children, and their successes gave hope and encouragement to others who were enslaved. Charity Folks and most if not all other enslaved African American mothers desired freedom for their children but did not or could not enlist the courts in these efforts; instead, they negotiated privately on their children’s behalf. Folks indeed petitioned and negotiated for her children’s freedom, but she did so not in court but directly with her owners...

Enslaved women and their descendants used creative legal strategies and whatever means they had to pursue freedom, thereby demonstrating the value they placed on freedom as well as their commitment to that ideal. According to Orland Patterson, enslavement was a form of social death, and freedom (and by extension manumission) was life. Patterson suggests that manumission was a gift rather than a right, a thesis that obscures more than it illuminates regarding Charity Folks and numerous other enslaved women. Manumission involved a complicated negotiation between the enslaved and their enslavers. Access to family played prominent roles in many dreams of freedom. Sydney Nathans’s research on Mary Walker and Heather Andrew Williams’s work on African Americans in the post-Reconstruction period shows that newly freed people desired to find their people. Because enslaved women viewed manumission as a communal endeavor rather than an individual act, it held important ramifications for families. While manumission served as a family survival mechanism, it positioned free family members in paradoxical relationships with slavery, capitalism, and kin.

The communal vision of freedom for many of those enslaved in Maryland had its roots on Africa’s Gold Coast (present-day Ghana), the birthplace of most Africans brought to Maryland between 1700 and 1750, though that population subsequently became more diverse. The Akan people of the Gold Coast did not view enslavement as permanent or place the good of an individual over the good of the community. This community ethos survived the Middle Passage and creolization and eventually outlasted enslavement in the New World. Though the idea of liberty had no direct corollary in Akan culture, it did possess a notion of freedom as a community endeavor that influenced Akan-descended people in Maryland.

What did this viewpoint mean for Charity Folks’s life? She and other enslaved people possessed a deep knowledge of community and personal freedom. Whereas Charity was determined to influence her own liberation, it is clear that John Ridout’s decision to manumit her evolved over time. In 1795, Mary Ridout noted in a letter to her mother, that her husband “did not approve of leaving [his slaves] to any person during their life…He said Ruth and Charity had been two such faithful servants that he desired more might be done for them than the rest. That if I survived him he requested me if they were living to leave them a small annuity to maintain them comfortably…all which I promised to comply.” In May 1797, John Ridout added two codicils to his will. In the first, he bequeathed to his wife, Mary, “my Negroes called Ruth, Hannah, Jack, and Milly, also her trusty Mulatto Charity.” In the second codicil, he awarded Folks her freedom in 1807. He also outlined his intention to free any of Charity’s children still in bondage. Thus, Ridout’s gratitude converged with Charity’s vision of freedom, even if liberation was delayed.

John Ridout died in 1797, and within two months, Mary Ridout signed a deed granting Folks immediate manumission. Mary Ridout also allowed Hannah and Lil’ Charity to “stay with their mother,” though time still remained on their terms of enslavement. Mary Ridout also indicated her intention to grant James freedom in 1812, though he remained enslaved at a Ridout property some distance from Annapolis. In this case and many others, freedom and enslavement coexisted within the same family, posing a particular challenge for mothers.

African American women such as Charity Folks were well versed in the process of manumission. Indeed, the 1797 deed freeing Folks was only one marker in her and her family’s longer struggle for freedom. At least five family members had preceded her in the transition from slavery to freedom. Her mother, Rachel Burke had earned her freedom as an adult and later purchased the freedom of her son, Folks’s brother, James. In 1794, Charity’s husband, Thomas Folks, bought his freedom from John Davidson. John Ridout manumitted Charity’s eldest daughter, Harriet Jackson, in 1786, when she was approximately five years old. Five years later, Ridout freed Mary Folks, Charity’s third eldest child, though Charity remained enslaved. Rather than stay with their mother at the Ridout house, Charity’s daughters lived with Rachel Burke and Thomas Folks. Charity Folks was no doubt elated that her children had escaped the cruelties of human bondage but pained by their separation from her. When Folks was manumitted in 1797, her joy at having finally gained her own freedom must have been tempered by her fears for her children who remained enslaved and by the pain of separation from them. The path to freedom for African American families via manumission was narrow, rarely wide enough for more than two or three individuals to walk abreast.

The process of manumission reveals African Americans’ complicated history with freedom. What does it mean when pieces of property engage in market transactions? What does it mean to purchase a family member as a commodity? Enslaved women in Maryland addressed these questions and others as they negotiated for their freedom and that of their kin. Most free persons had at least one relative of friend who had been enslaved or who remained in bondage. African American women saw manumission as perhaps an attainable goal and relied on a community ethos while pressing for their own liberation and that of their family members. But freedom also had its price, and these women had no choice but to concede that the system won when they ran away, leaving their children behind, or when they acknowledged that they could not afford to buy their children’s freedom. 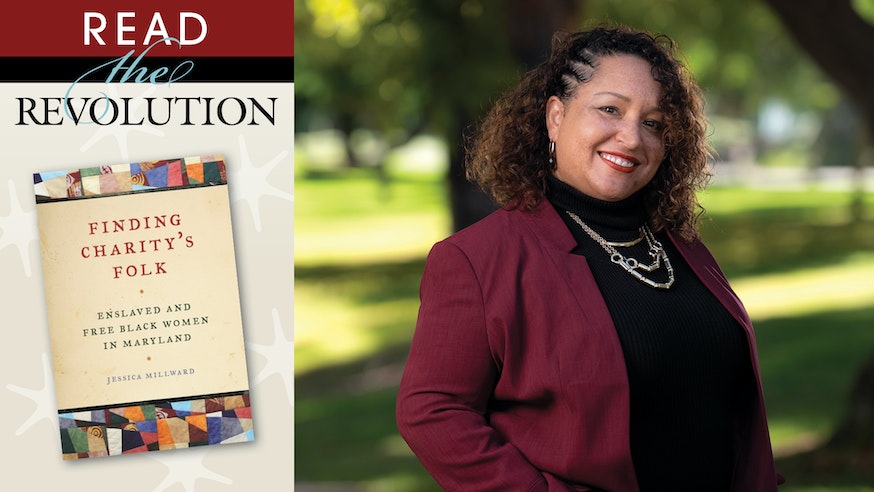