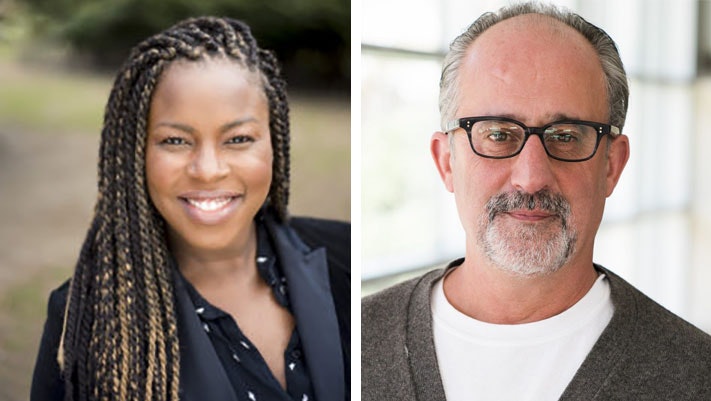 This year marked a year of introspection for many as we wrestled with issues of systemic racism, police brutality, and the role of bias in our own hearts and minds. But where do we go from here? Join the Museum of the American Revolution and the Dennis Farm Charitable Land Trust (DFCLT) for the virtual forum It Begins with Each of Us: Fostering Racial Understanding on Saturday, February 20, 2021, from 1:30-3:00 p.m. during Black History Month. The event marks the fourth annual Lonaé A. Moore Memorial Forum.

The virtual event will bring together experts Charles A. Gallagher, PhD, Professor and Chair of the Department of Sociology and Criminal Justice at La Salle University and Yale University Fellow, and Alexandria Harris, Esq., executive director of the Andrew Goodman Foundation, for a candid conversation about solutions for overcoming racism and the work that still needs to be done in the continuing struggle for equality. The Reverend Marshall P. H. Mitchell, Senior Pastor for Salem Baptist Church of Abington, will facilitate the conversation. The discussion will be followed by a question-and-answer session with the virtual audience. Admission to the forum is free, but RSVP is required here.

The forum is named in honor of Lonaé A. Moore (1997-2018), an eighth-generation direct descendant of the Dennis family and a Delaware State University student, who passed away in 2018.

A video of last year’s forum, presented to a sold-out crowd at the Museum that included students, faculty and administrators representing eleven different colleges and universities in Pennsylvania, New Jersey and Delaware, is available here.

DFCLT President Denise Dennis was instrumental in facilitating the loan of the powder horn of Gershom Prince, a Black soldier that served and died in the Revolutionary War, which is on display in the Museum’s Oneida Nation gallery. The powder horn is on loan to the Museum from the Luzerne County Historical Society, where it was donated by Prince’s family—from which Dennis descended—in the 1950s.

Charles A. Gallagher, Ph.D., Professor and Chair of the Department of Sociology and Criminal Justice, La Salle University, focuses his research on racial and social inequality and the ways in which the media, the state, and popular culture constructs, shapes and disseminates ideas of race. He has published articles on the sociological functions of colorblind political narratives, how racial categories expand and contract within the context of interracial marriages, race theory, racial innumeracy, and how one’s ethnic history shapes perceptions of privilege. Gallagher was a Fulbright US-UK Research Scholar at the University of Birmingham in England from 2016-2017. As an internationally recognized expert on race relations, immigration, and social injustice, Gallagher is frequently called upon as a media source for commentary and analysis on these issues.

Alexandria “Alex” Harris is the Executive Director of The Andrew Goodman Foundation. In her role, she is responsible for activating the Foundation's goals and vision through the strategic and sustainable growth of the organization. Alexandria first became passionate about voting when she was in elementary school. She participated in many local and national campaigns, organized and registered students to vote on campus, and successfully lobbied the Georgia State Legislature to enact a law that allowed a voter to cast a provisional ballot if they believed they were entitled to vote. The law was the precursor to the Provisional Vote Law enjoyed across the United States today. Alexandria practiced corporate law for nearly a decade. She left the law to become a social entrepreneur, opened a school, and has since helped nonprofits around the world scale up their operations. She earned a B.A. from Spelman College and a J.D. from Harvard Law School.