“Sounds of the Revolution” Series of Free Musical Performances, Saturdays from July 13 – August 17

What was the soundtrack of 18th-century America? Every Saturday from July 13 through August 17 starting at 11 a.m., the Museum of the American Revolution will host Sounds of the Revolution, a series of free musical performances and hands-on demonstrations inside the Museum and on the outdoor plaza. Performances will include African drumming, traditional fife and drum, a sound effect – or foley – artist, gourd banjos and more. 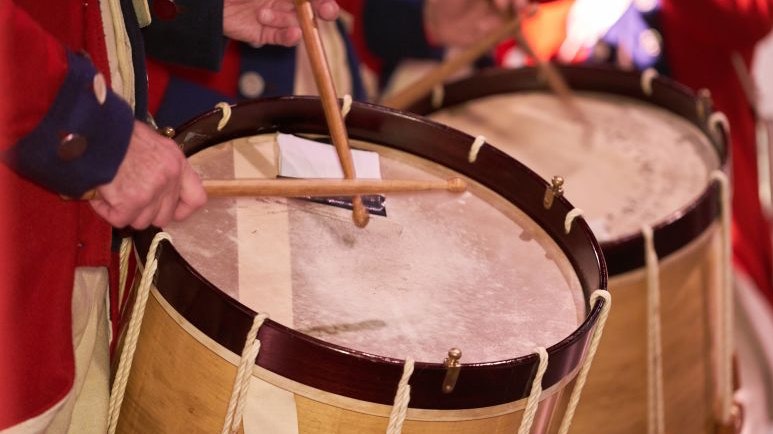 Sounds of the Revolution Performances include:

Join representatives of the ODUNDE Festival, the largest African American street festival in the country, as they teach the basic fundamentals of African dance and drum through an interactive workshop on the Museum’s Plaza.

Muster your spirits with The New Jersey Fife and Drum as they perform music that would have been played by a fife and drum corps during the Revolutionary War.

On Saturday, July 27, meet Cynthia Leigh Heim a sound effect – or foley – artist who has created the effects for major motion picture films, commercials and television series. On the Museum’s outdoor plaza from 11 a.m. – 12:30 p.m., try your hand at recreating sound effects from the 18th-century, such as footsteps, horses, and parlor noises with Heim. At 2 p.m. in the Museum’s Liberty Hall, join Heim for a special presentation about her experience working on the historic drama film, Sense and Sensibility, based on Jane Austen’s classic novel. During her presentation, guests can try to match sounds to the screen. This special presentation is free with Museum admission.
Sponsored in part by The CHG Charitable Trust

Join representatives of the ODUNDE Festival, the largest African American street festival in the country, as they teach the basic fundamentals of African dance and drum through an interactive workshop on the Museum’s Plaza.

11 a.m. – 2 p.m. – Demonstrations on the outdoor plaza (free)
Join the Handshouse Studio on Saturday, August 10 and Sunday, August 11, as they present The Banjo Project, a hands-on display of gourd banjos and the process of making them. The early gourd banjo is an object with a history in the Americas that dates back to the 17th-century. Having evolved from knowledge of West African instruments brought to the western hemisphere by the forced migration of peoples during the slave trade, these guard banjos are the beginnings of the culturally iconic sounds of the hoop banjos that are more commonly known throughout the world today. The sounds of these early banjos were resonating along the Eastern seaboard in the hands of enslaved Africans and African Americans at the time of the American Revolution, and their songs are embedded in the stories of race, labor, and class throughout American History. This special hands-on display will feature early gourd banjo replicas to touch and strum, examples of the raw materials that early gourd banjos would have been assembled from, live demonstrations of the processes used to make parts of the gourd banjo and how the instruments might have been played. On Saturday, August 10 at 2 p.m., listen to the sounds of early gourd banjo music with a special performance by banjoist and fiddler Jake Blount in the Museum’s Liberty Hall. This special performance is free with Museum admission.
Sponsored in part by The CHG Charitable Trust 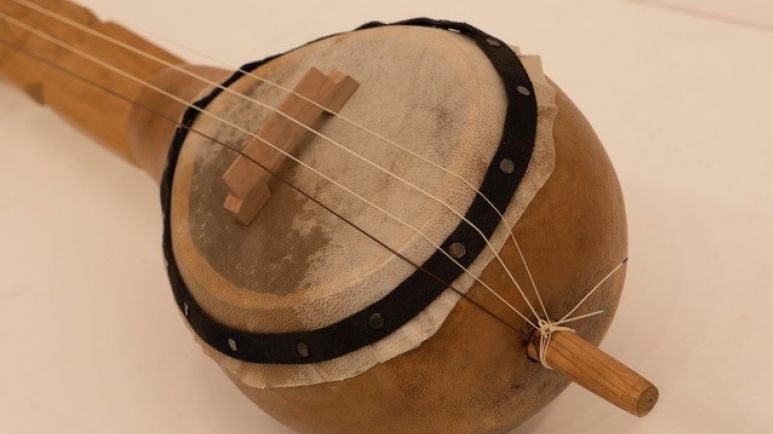 Join the Philadelphia Jazz Project for a contemporary interpretation of a fife and drum performance, featuring an ensemble of five flautists, a tuba player, and three percussionists. This concert will explore the historic military roots of this music, while also observing the African and Afro Caribbean elements that continued to develop into the 20th century. Presenting music by historic, Philadelphia music pioneer Francis Johnson, an interpretation of “Yankee Doodle Dandy,” and other compositions, all with a focus on entertainment, engagement, and dance-ability.