PHILADELPHIA, March 21, 2017 — From textbooks to postage stamps and post cards, William Trego’s “The March to Valley Forge, December 19, 1777” is one of the most reproduced – and recognizable – images commemorating the Revolutionary War. The iconic work was recently installed at the Museum of the American Revolution and will be on display when the Museum opens on April 19. 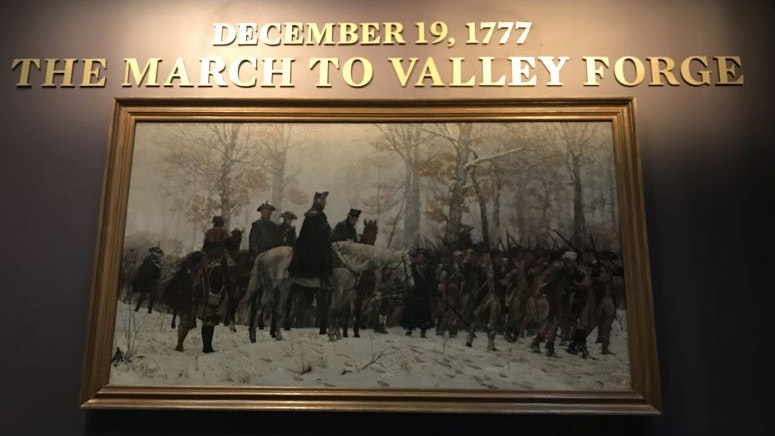 The oil painting, which measures 40 x 72 inches, was painted by Trego in Philadelphia in 1883 and exhibited at the Pennsylvania Academy of the Fine Arts, where he studied for three years under Thomas Eakins. It is made even more impressive by the fact that Trego’s hands were nearly paralyzed – possibly from polio – at the time that he painted it, forcing him to hold a paintbrush with one hand while guiding it with the other.

The painting is in the Museum’s permanent collection. It was conserved in 2011, thanks to funding from the Society of the Descendants of Washington’s Army at Valley Forge. The painting was loaned to the James A. Michener Museum in Doylestown in 2011 and to the Valley Forge National Historical Park from October 2011 – January 2015.

It is now located in a gallery that explores the Continental Army’s encampment at Valley Forge during the winter of 1777-1778. It is featured alongside artifacts that were excavated at Valley Forge in the early 20th century.

Trego’s inspiration for the painting was a passage from Washington Irving’s 19th century biography “Life of Washington”: “Sad and dreary was the march to Valley Forge, uncheered by the recollection of any recent triumph. . . Hungry and cold were the poor fellows who had so long been keeping the field . . . provisions were scant, clothing was worn out, and so badly were they off for shoes, that the footsteps of many might be tracked in blood.” 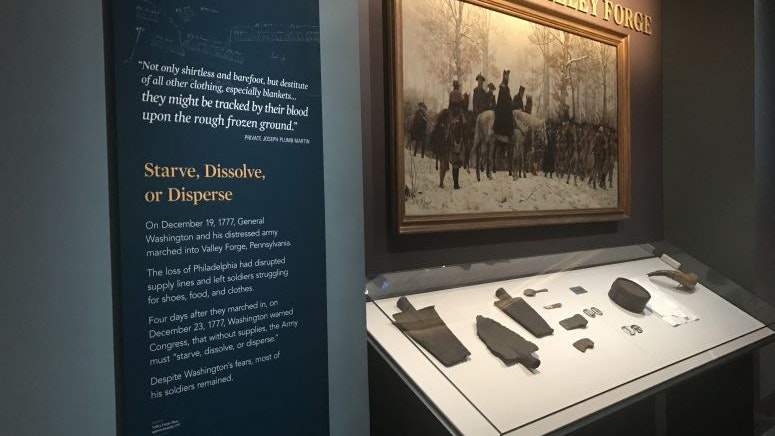 “The Museum’s art collection is particularly fine for telling the story of the commemoration and memory of the American Revolution from the 18th century through today,” said Dr. R. Scott Stephenson, Vice President of Collections, Exhibitions, and Programming for the Museum of the American Revolution. “Trego’s ‘March to Valley Forge’ reminds us that it took perseverance and commitment to achieve American Independence.”