Philadelphia, PA, June 2, 2016— A small King James Bible, carried at the Battle of Bunker Hill on June 17, 1775 and inscribed by its owner, is one of the newest additions to the rich and diverse collection of the Museum of the American Revolution, which opens to the public next spring.

“There is great interest in the role of faith as motivation for those who fought in the American Revolution,” said Dr. R. Scott Stephenson, Vice President of Collections, Exhibitions, and Programming at the Museum. “This Bible represents an incredible opportunity to marry the subject matter of religious faith with an object that had a remarkable personal connection to one of those iconic moments of the Revolutionary War: The Battle of Bunker Hill.” 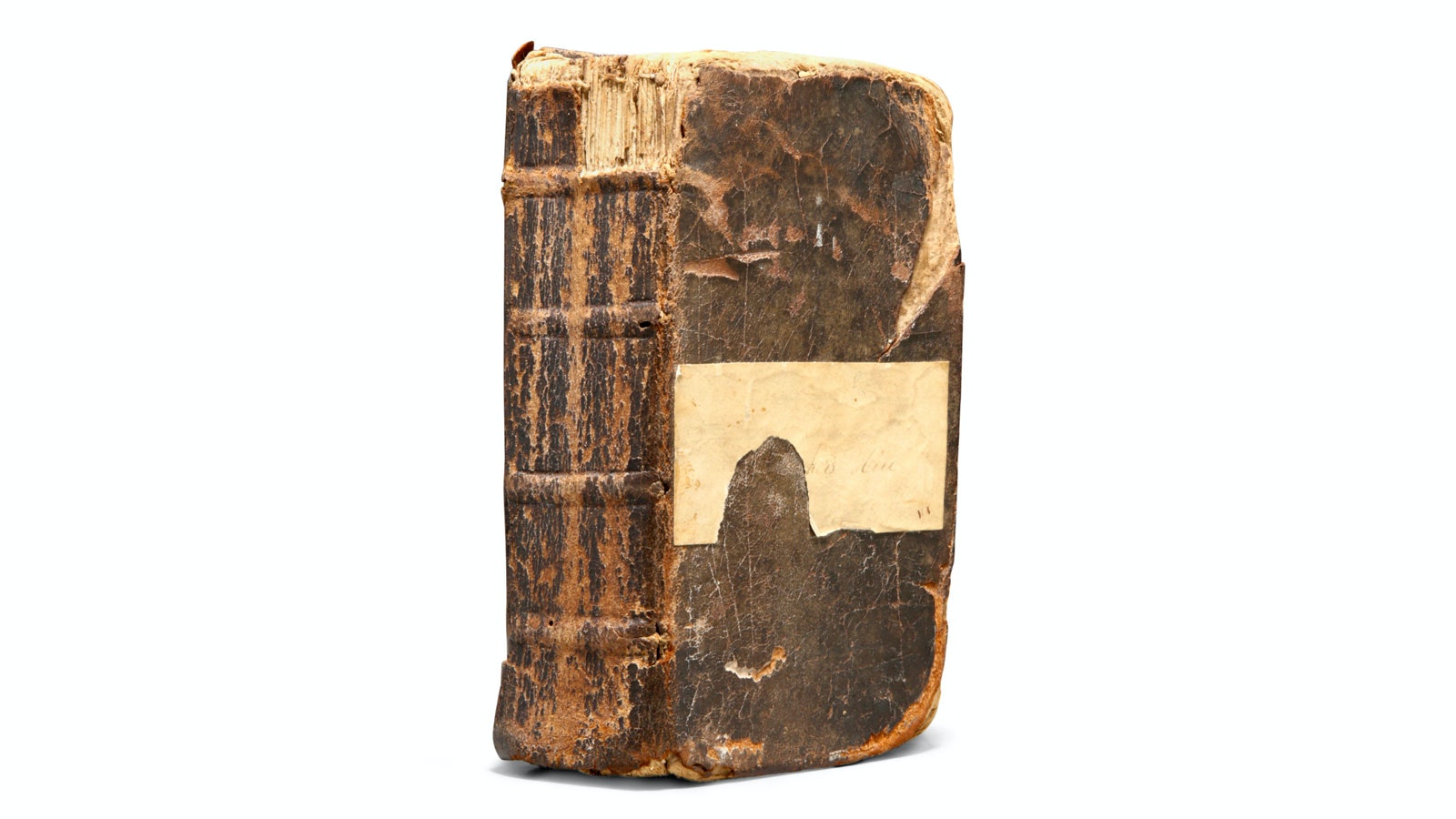 Thanks to the generosity of several donors who were passionate about this particular object, the Bible was purchased from Bonhams New York’s “Treasures from the Caren Archive II: How History Unfolds on Paper.” The auction featured hundreds of important documents from U.S. history, collected by Eric C. Caren.

The Bible’s owner, Francis Merrifield (1735-1814), was born in Ipswich, Mass., the son of Thomas and Mercy Merrifield, according to a biographical essay written by Christina Geiger, Bonhams’ Director of Fine Books and Manuscripts. He served at Fort Ticonderoga during the French and Indian War, and married Hannah Lakeman in 1759, with whom he had 13 children. After hostilities with the British began in 1775, Merrifield joined the Ipswich militia.

Merrifield fought as a sergeant in the company of Captain Nathaniel Wade in Colonel Little's regiment at Bunker Hill, one of the early battles of the Revolutionary War during which more than 100 Americans were killed and 300 were wounded. After the battle, Merrifield wrote at length inside the front and back covers, thanking God for sparing his life.

On the reverse of the New Testament title page, Merrifield wrote: “Cambridge, Jun 17 1775. I desire to bless God for his Kind aperince [sic] in delivering me and sparing my life in the late battle fought on Bunker’s Hill. I desire to devote this spared life to his Glory and honour. In witness my hand, Francis Merrifield.” Below this, he wrote a poem on his hope for divine grace. 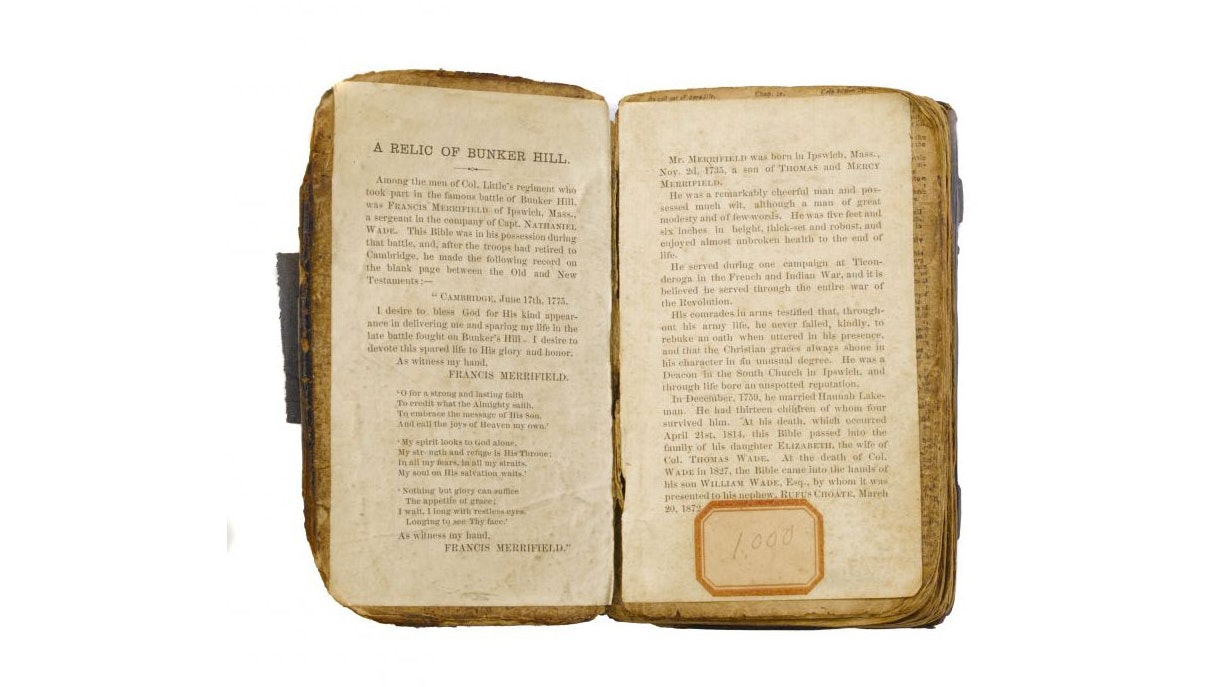 “Merrifield’s Bible is an incredible survivor from one of the toughest stages of the Battle of Bunker Hill,” said the Museum’s historian and curator Philip Mead. “As part of Wade’s company of Little’s regiment, Merrifield survived heavy fighting and was among the last to leave the field. According to a period account, Colonel Little returned to camp after the battle ‘all bespattered with blood.’”

In the new Museum, the Bible will be displayed in a gallery that examines the 1775-1776 Siege of Boston. The gallery will include a large-scale reproduction of John Trumbull’s painting “The Death of General Warren at the Battle of Bunker Hill,” as well as original arms and other items used by New England soldiers at Bunker Hill and in the Siege. These include a rare signed and dated New England-made military drum, another recent addition to the Museum’s growing collection.

The Museum of the American Revolution, under construction now in Philadelphia, with an opening date of spring 2017, will explore the complete story of the American Revolution using its distinguished collection of objects, artifacts, artwork, and manuscripts. Located just steps away from Independence Hall, Carpenter’s Hall, Franklin Court, and the Tomb of the Unknown Soldier of the Revolution, the Museum will serve as a portal to the region’s many Revolutionary sites, sparking interest, providing context and encouraging exploration. Permanent and special exhibition galleries, theaters, and large-scale tableaux will bring to life the original “greatest generation,” and engage people in the history and continuing relevance of the American Revolution. The Museum is a private, non-profit organization. For more information, visit www.AmRevMuseum.org or call toll free, 877-740-1776.