Princeton Historian and Author Linda Colley Joins the Museum for a Virtual Discussion on New Book, May 20 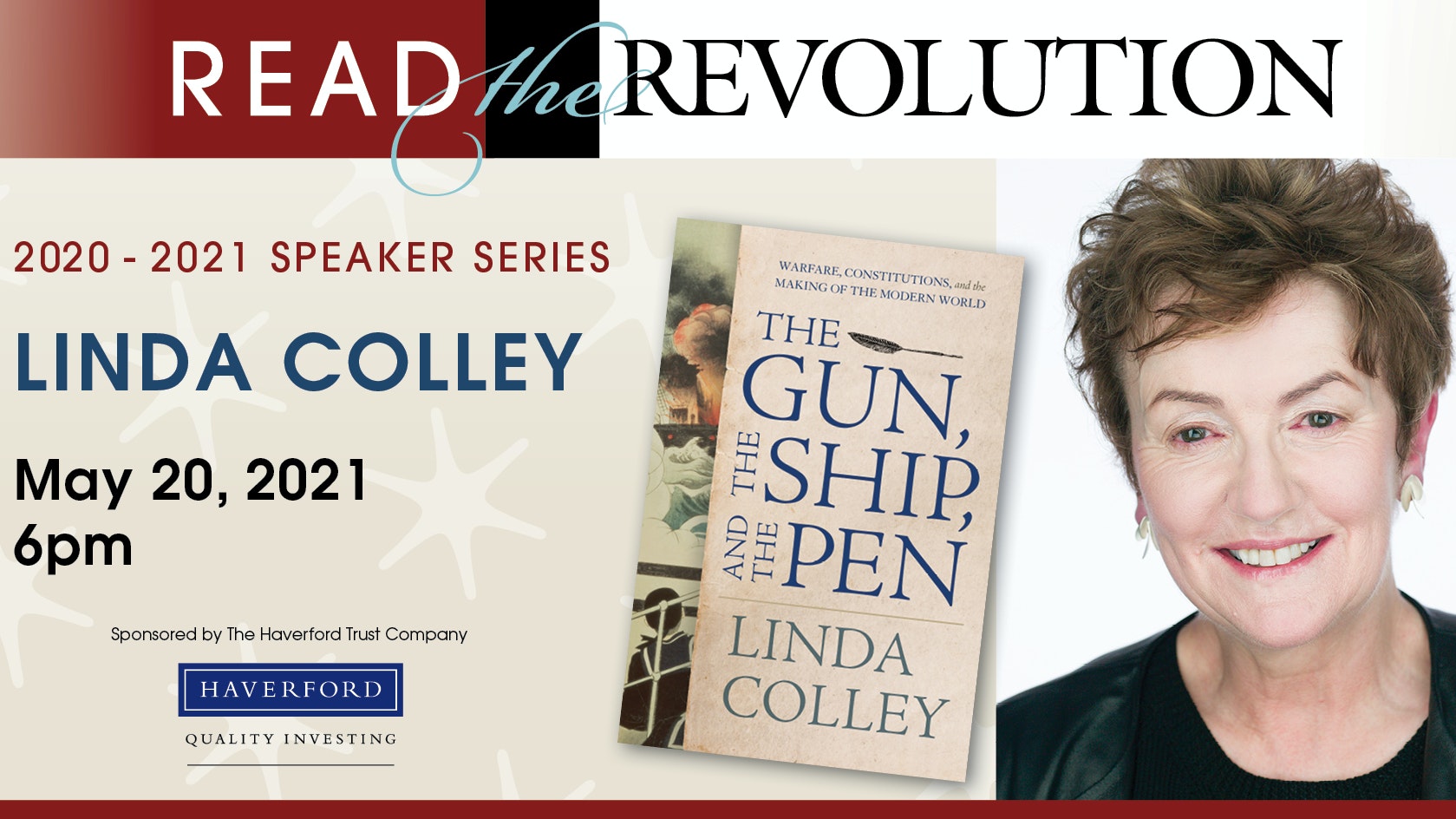 Part of the Museum’s Popular Read the Revolution Speaker Series

In her newly released book The Gun, the Ship, and the Pen: Warfare, Constitutions and the Making of the Modern World, Princeton University historian and author Linda Colley reshapes our understanding of the modern world through the evolution and spread of written constitutions. On Thursday, May 20, 2021 at 6 p.m., Colley will join the Museum of the American Revolution for a virtual discussion—broadcast live from the Museum—on her “an incandescent, paradigm-shifting new book” (The New Yorker).

Bringing to life stories of struggle and the ideas of lawmakers, committed rebels, and ambitious monarchs and generals, Colley traces the global history of written constitutions from the 1750s to the 20th century, modifying accepted narratives and uncovering the close and frequent connections between the making of constitutions and the making of war. Through meticulous research, Colley shows how constitutions crossed continents, at times aiding the rise of empires and monarchies as well as the emergence of new nations and republics.

In this virtual presentation, Colley will offer a global perspective on American state and federal constitutions as the Museum prepares for the opening of its summer exhibition, Flags and Founding Documents, 1776-Today, which will include a display of historic early state constitutions. Museum President and CEO Dr. R. Scott Stephenson will join the discussion to explore how the rise and spread of written constitutions evolved in tandem with warfare, before facilitating a live Q&A with the virtual audience.

Tickets are $7 for general admission, $5 for students, teachers, and museum professionals, and free for Museum Members, and are available here.

Read the Revolution is sponsored by the Haverford Trust Company.

About Linda Colley
The Shelby M.C. Davis 1958 Professor of History at Princeton University, Linda Colley is the author of seven books including Britons: Forging the Nation 1707-1837, winner of the Wolfson Prize, and The Ordeal of Elizabeth Marsh, a New York Times “Top 10” Book-of-the-Year. She lives in Princeton, New Jersey.