PHILADELPHIA, MAY 2, 2018 —  Think “fake news” is a new phenomenon? Learn how propaganda was used by both sides to shape opinion during the Revolutionary War, and explore the stories behind Revolutionary-era printing and political expression during a Power of the Press-themed evening on Tuesday, May 15, from 5 – 8 p.m. 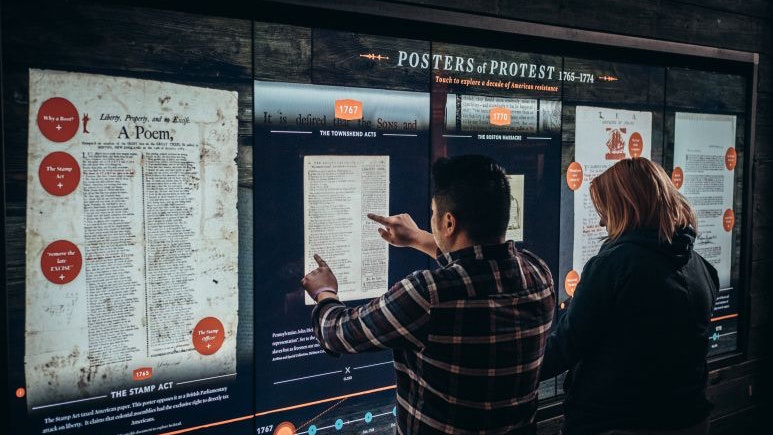 The event is part of the Museum of the American Revolution’s monthly History After Hours series, which features extended evening hours, special themed programs, happy hour food and drink specials in Cross Keys Café from 5 – 7 p.m., and full access to the Museum’s exhibits. Tickets for History After Hours are $10 and can be purchased online in advance here or at the door.

Throughout the evening, Ben Bartgis, book historian and bookbinder, will demonstrate how printed sheets became pamphlets and books with a hands-on display of books and tools. Make your own political pamphlet or broadside to take home using historical letters and symbols. 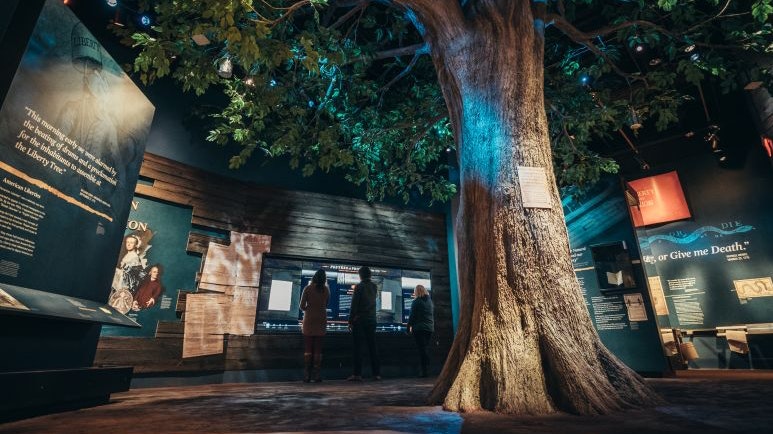 At 5:30 p.m., Museum Registrar Michelle Moskal will discuss the challenges of displaying paper collection items, such as a signed book of poems by Phillis Wheatley, the first published African American female poet, and printings of the Declaration of Independence. In Cross Keys Cafe, a costumed educator will teach guests how to play the 18th-century card game whist.

Beneath the branches of the Museum’s nearly two-story replica of the Boston Liberty Tree, a costumed educator will use replica objects to highlight the stories of the Sons and Daughters of Liberty who posted broadsides about revolting against British tyranny. A nearby interactive digital touchscreen allows visitors to explore “Posters of Protest,” five original broadsides that expressed colonists’ opinions through images and the written word.

Bring a book to donate to Tree House Books, a Giving Library and Literacy Center in North Philadelphia. The organization provides free books to the community as well as programs that increase literacy skills to promote a lifelong love of reading and writing in children.

Looking ahead, History After Hours events will include: