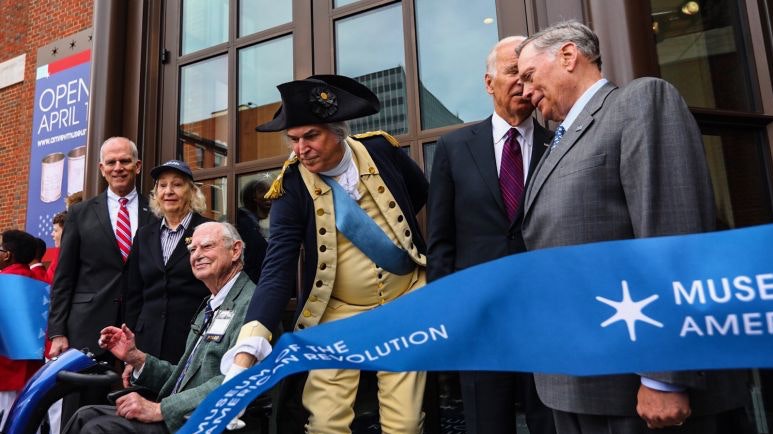 PHILADELPHIA, April 20, 2017 — On April 19, 1775, a shot rang out across the Old North Bridge in Concord, Massachusetts, igniting the Revolutionary War and changing the course of history forever. On April 19, 2017 – the 242nd anniversary of that “shot heard ‘round the world” – history was made once again as Philadelphia’s new Museum of the American Revolution officially opened to the public.

More than a century in the making, the Museum features an unmatched collection of artifacts brought to life through captivating theater experiences, interactive digital installations, life- cast dioramas and immersive environments that transport visitors to the Revolutionary era. The crown jewel of the collection is Washington’s War Tent, which is dramatically revealed as part of an innovative multi-layered mixed media presentation in a state-of-the-art theater.

Located just two blocks from Independence Hall in the heart of Historic Philadelphia – the Headquarters of the Revolution – the Museum will ignite the spark of curiosity in visitors and encourage exploration of the many regional and national sites where history was made. 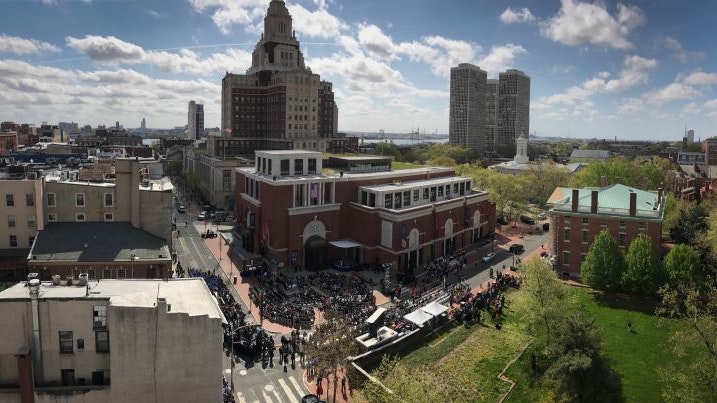 “The American Revolution was one of the most important events of all time and very much of it happened right here in this great, storied city,” said Pulitzer Prize-winning author David McCullough, who spoke at the official dedication. “We can never, ever know enough about the American Revolution. And the opening of this magnificent museum is not just a moment to celebrate here in Philadelphia, but all over our country. This is a moment of national importance and cause to celebrate… It is high time we had such a museum as this.”

The grand opening festivities extended beyond the Museum to encompass Philadelphia’s most historic sites, starting with a reflective and reverential tribute at the Tomb of the Unknown Soldier of the Revolution at Washington Square, continuing with patriotic fanfare at Independence Hall, and culminating with the official dedication and ribbon-cutting on the Museum’s outdoor plaza featuring keynote speaker Former Vice President Joe Biden.

“What is this Museum intended to stand for? Our founders – who lived the Revolution, who gave their lives to the Revolution – what were they attempting to do?” asked Vice President Biden. “I think it was about an idea…the idea that people could govern themselves... An idea that ordinary people could do extraordinary things, given half a chance. It truly was a revolutionary idea. An idea that both startled and, at the same time, gave hope to the rest of the world.” 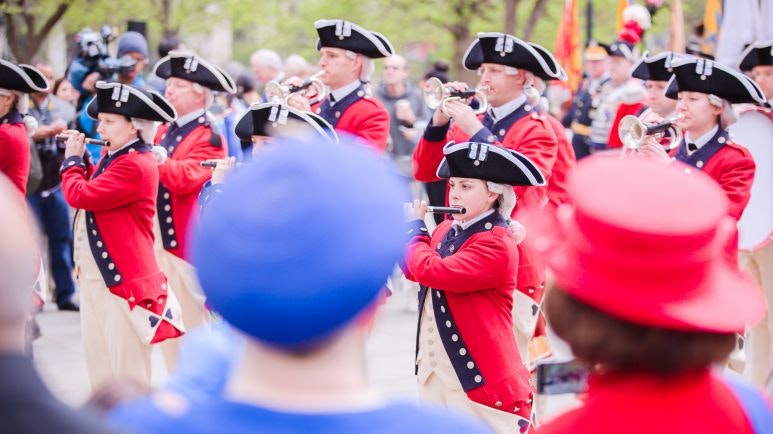 Nearly 400 people were in attendance at the 8 a.m. ceremony at Washington Square Park, which paid tribute to the men and women who sacrificed their lives in the fight for American Independence with a blessing by the Oneida Indian Nation, an interfaith prayer by leaders of historic and modern congregations, a spiritual sung by the St. Thomas Gospel Choir of the African Episcopal Church of St. Thomas, and a wreath-laying by The U.S. Army 3rd Infantry (The Old Guard). The participants then processed up 6th Street, led by The Old Guard and more than 120 members of states’ militias from the 13 original states.

Approximately 500 spectators gathered at Independence Hall at 9 a.m. and were treated to pageantry and patriotic fanfare as The Old Guard performed a Revolutionary War Tactical Performance and 250 students from St. Mary’s Interparochial School of Philadelphia created a “living flag” representing George Washington’s Standard, which is in the Museum’s collection. Remarks were made by Pennsylvania Governor

Tom Wolf, Former Pennsylvania Governor and Museum Board Member Edward G. Rendell, and representatives from many of the original 13 states. The procession then paraded up Chestnut Street to the Museum. 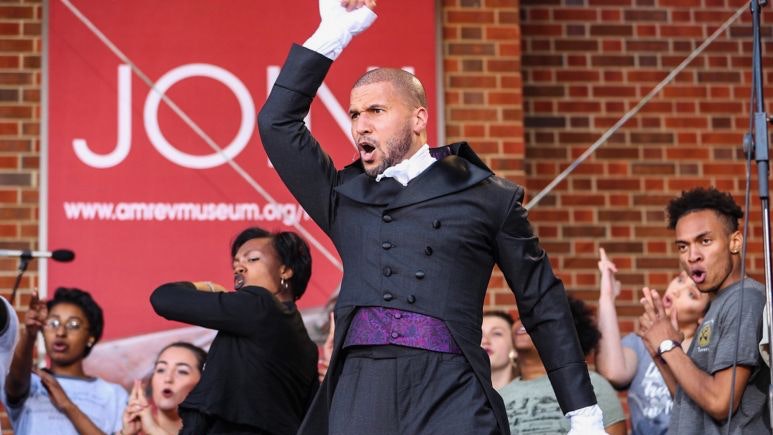 A highlight of the event was a performance of songs from the Broadway phenomenon “Hamilton” by original cast member Sydney James Harcourt along with high school students from Philadelphia High School from the Creative and Performing Arts.

Opening festivities will continue throughout the weekend with special programming including music, costumed interpreters, and family-friendly activities. Visitors who use the hashtag #HowRevolutionary on Twitter and Instagram during opening day and throughout the weekend, will have their images pulled into a mosaic in the Museum’s lobby on Saturday and Sunday. The completed mosaic will be displayed at the Museum throughout the its inaugural year. Museum hours will be extended from 9:30 a.m. until 6 p.m. from April 20 - 23.

General admission tickets are $19 for adults; $17 for students, active or retired military, and AAA and AARP members with ID; and $12 for children ages 6 and up. Children ages 5 and under are free. All tickets are valid for two consecutive days. Tickets can be purchashed at www.amrevmuseum.org or by calling 215.253.6731. Group tickets for parties of 15 or more are currently available for a discounted price by calling 267.858.3308. Memberships are also available for purchase at www.amrevmuseum.org/membership or by calling 267.579.3565.