Philadelphia, PA, June 21, 2016— In honor of the 240th anniversary of American Independence, the Museum of the American Revolution will loan a painting commemorating an important moment in Franco-American relations to the Palace of Versailles for its first-ever exhibit on France's contribution to America’s founding. 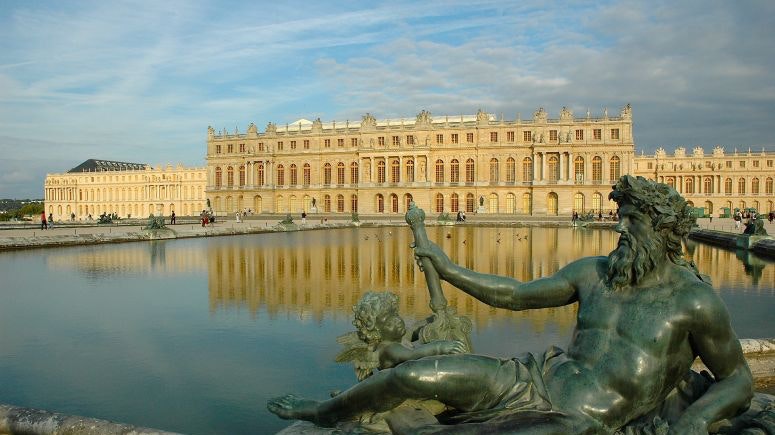 The Museum is one of three Philadelphia institutions, along with Independence National Historical Park and the Philadelphia History Museum at the Atwater Kent, that will loan artwork from their collections to the exhibit, which will be open to the public from July 5 – October 2, 2016.

“France and the United States have been allies since the very beginning of our nation’s history,” said Dr. R. Scott Stephenson, Vice President of Collections, Exhibitions, and Programming at the Museum of the American Revolution. “Our shared commitment to liberty and the dignity and equality of all people remains a beacon of hope for the world. Great historical exhibitions provide context and inspiration as we face the challenges of today.”

The Versailles exhibit will highlight the importance of France's aid to American revolutionaries, without which the United States would not have gained its independence. It will be on display in the Gallery of Battles, which was built under the reign of King Louis-Philippe and inaugurated in 1837. 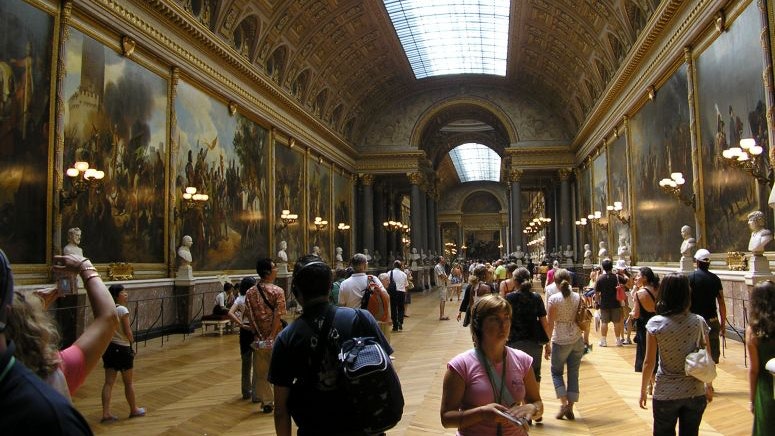 Gallery of Battles at the Palace of Versailles Albeins

Curated by Valérie Bajou, Curator at the National Museum of Versailles and Trianon, the exhibit will include 16 works by French painter and soldier Rossel de Cercy as well as masterpieces lent by world-renown American museums, including the Metropolitan Museum of Art.

The Museum of the American Revolution will loan to Versailles a painting by American artist Alonzo Chappel (1828-1887), entitled “Baron DeKalb Introducing Lafayette to Silas Deane.” In this 1857 painting, the German-born officer Johann de Kalb introduces American diplomat Silas Deane to the youthful Marquis de Lafayette in Paris in 1776. The Continental Congress had sent Deane as a secret agent to France in order to seek financial and military assistance against the British. Deane enlisted the services of a number of foreign officers, including De Kalb and Lafayette, who arrived in Philadelphia in 1777 to take up positions in the Continental Army. 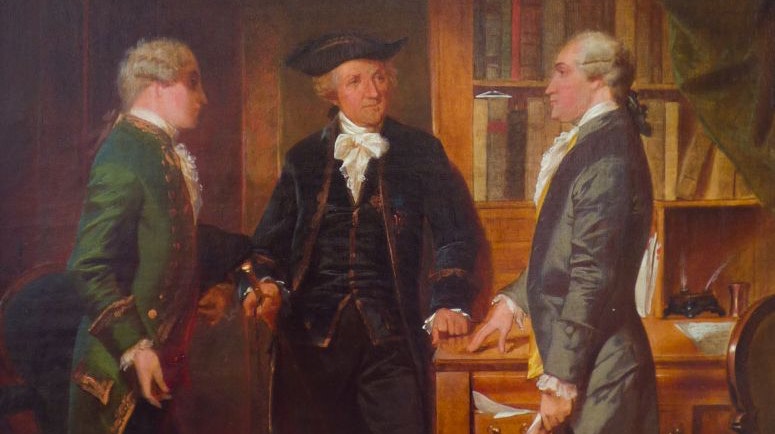 The Philadelphia History Museum at the Atwater Kent will loan a painting entitled “Congress Voting Independence” by Robert Edge Pine and Edward Savage, from the 1780s-1790s, which portrays one of the most pivotal moments in American history.

In advance of the exhibition, the French-American Cultural Foundation and the Thomas Jefferson Foundation at Monticello hosted a day-long symposium on the subject of “Versailles and the American Revolution” on June 15 at the French Embassy in Washington, D.C.

The symposium featured leading historians from America's top universities, authors, and experts, including Versailles' Chief Curator Bertrand Rondot, Gordon Wood of Brown University, and Andrew Jackson O'Shaughnessy of Monticello. Stephenson served as a moderator, and will speak about General Washington and French officers at a July 5 symposium at Versailles.

The Museum of the American Revolution, under construction now in Philadelphia, with an opening date of spring 2017, will explore the dynamic story of the American Revolution using its distinguished collection of objects, artifacts, artwork, and manuscripts. Located just steps away from Independence Hall, Carpenters’ Hall, Franklin Court, and the Tomb of the Unknown Soldier of the Revolution, the Museum will serve as a portal to the region’s many Revolutionary sites, sparking interest, providing context and encouraging exploration. Permanent and special exhibition galleries, theaters, and large-scale tableaux will bring to life the original “greatest generation,” and engage people in the history and continuing relevance of the American Revolution. The Museum is a private, non-profit organization. For more information, visit www.AmRevMuseum.org or call 877.740.1776.