Painting will Anchor New Limited-Run Exhibit at the Museum of the American Revolution, Jan 13 - Feb 19

PHILADELPHIA, NOV. 15, 2017 — The recent discovery of a 235-year-old, seven-foot panoramic painting offers an invaluable glimpse into the Revolutionary War. The sweeping watercolor painting of the fall 1782 Continental Army encampment at Verplanck’s Point, New York, contains the only known wartime depiction of General Washington’s headquarters tent, his command center throughout the war.

The previously unidentified painting recently appeared at auction – without attribution to an artist or precise information about the event it depicts – where it was spotted by curators from the Museum of the American Revolution, who then purchased it. Washington’s original headquarters tent, the cornerstone of the Museum’s collection, is dramatically presented in the Museum in its own dedicated theater.

“My heart leapt into my throat when I realized what this painting was,” said Dr. R. Scott Stephenson, the Museum’s Vice President of Collections, Exhibitions and Programming. “For it to appear just months after unveiling Washington’s original tent is an astonishing coincidence. This painting illustrates a key point about Washington’s leadership: Washington remained in the field with his army through eight years of conflict. His decision to live under canvas was a physical demonstration of his devotion to them and their shared cause.” 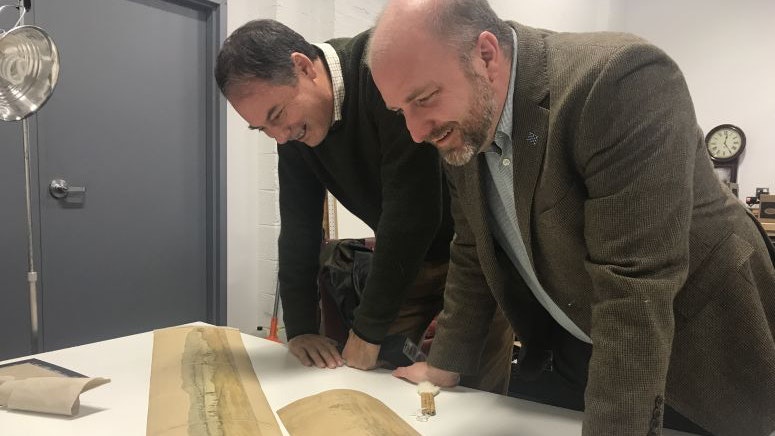 Research by the Museum’s curatorial team led them to conclude that the 1782 watercolor, , which measures 84.25 inches by 8.75 inches, was painted by Pierre Charles L’Enfant (1754-1825), a French-born American military engineer who served in the Revolutionary War and is best known for his 1791 design for the layout of Washington, D.C.

“Seeing this painting is like traveling back in time,” said Dr. Philip Mead, Chief Historian and Director of Curatorial Affairs at the Museum. “To have such a detailed depiction of the scene painted by an eyewitness – an engineer, nonetheless – from an age before photography is like having a Google Street View look at a Revolutionary War encampment. There is so much we can learn from this newly discovered image about Washington and the Continental Army.”

The painting will anchor the limited run exhibit Among His Troops: Washington’s War Tent in a Newly Discovered Watercolor, on display at the Museum from Jan. 13 – Feb. 19, 2018. The exhibit will bring together works of art, weapons and other artifacts from the Revolutionary War to explore the history surrounding this remarkable discovery. Among His Troops will include hands-on activities for families, gallery talks, and a series of public lectures. Full details of the exhibition will be announced at a later date.

The painting depicts hundreds of military tents arrayed across the rolling landscape of the lower Hudson Valley. Perched on a hilltop rising above the scene is Washington’s field headquarters, including the marquee tent in which he lived during the Revolutionary War. 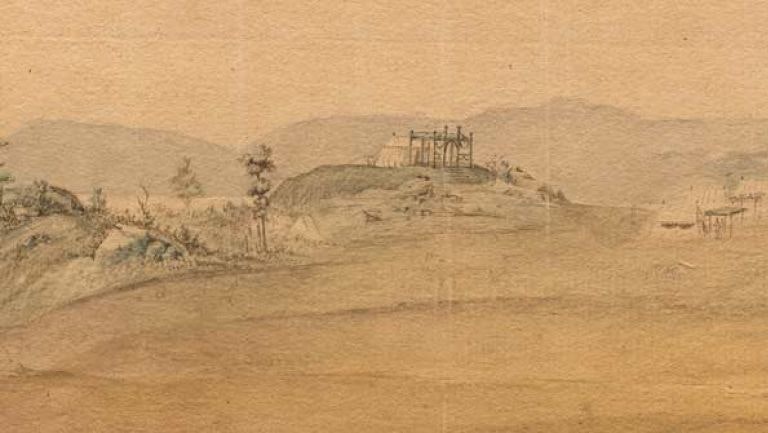 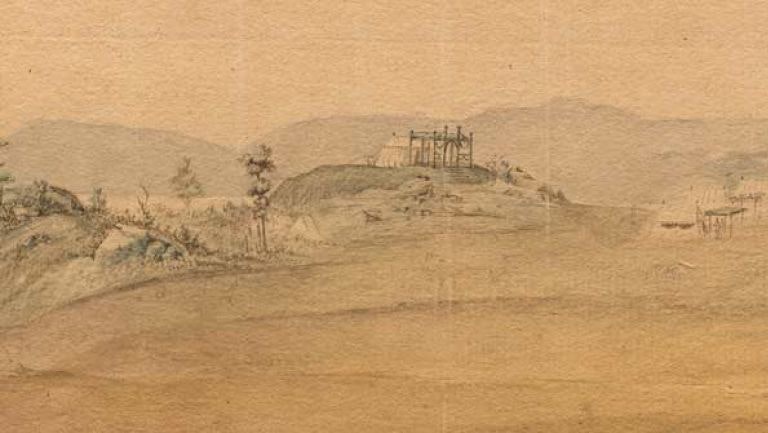 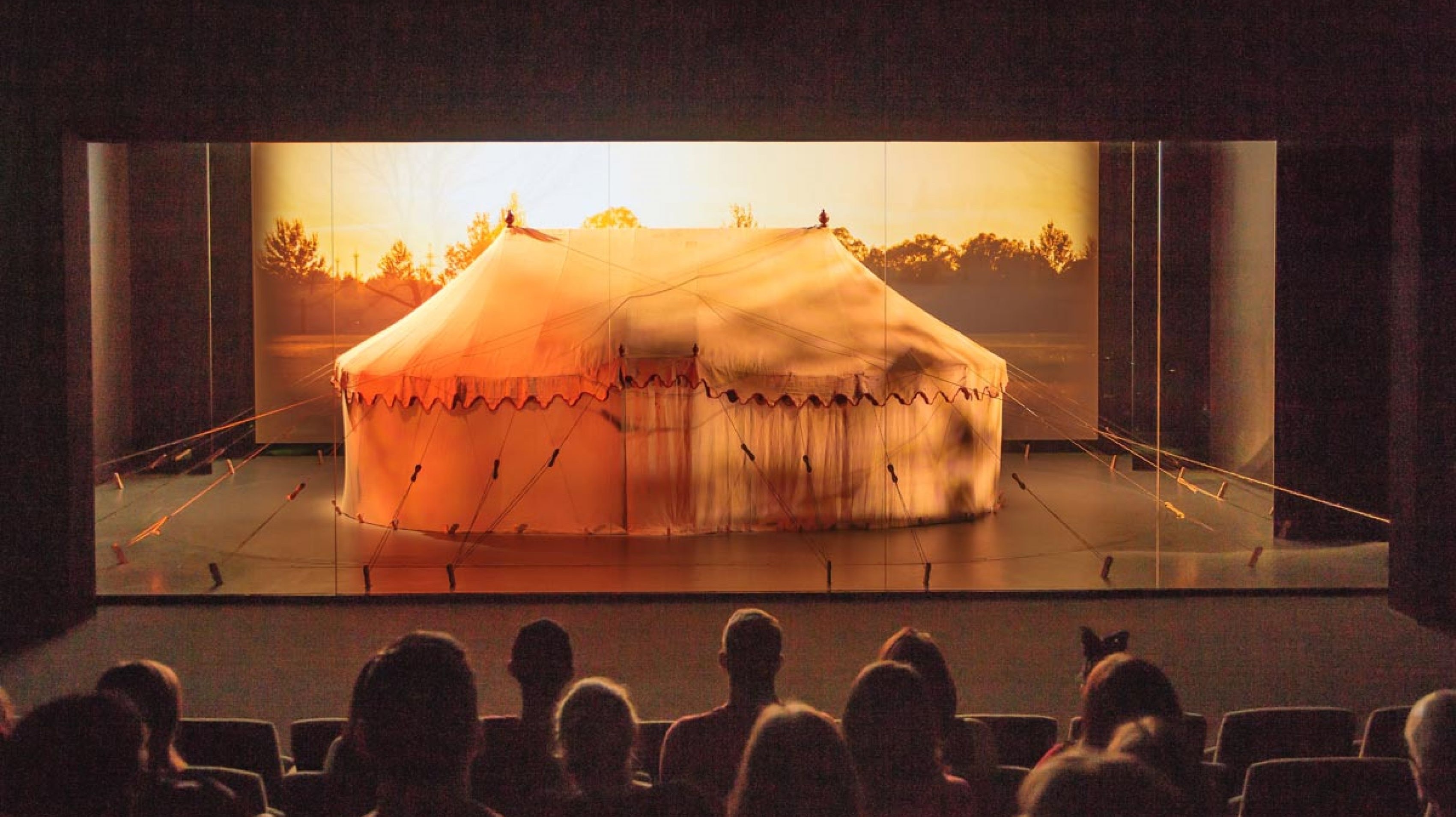 Museum curators arrived at the attribution to L’Enfant by tracing the provenance of the watercolor to the same Maryland family who sheltered the elderly L’Enfant before his death in 1825. Descendants later donated a large collection of L’Enfant’s papers and a panoramic watercolor painting of West Point, New York to the Library of Congress in 1920. Comparison of the two panoramas (West Point and Verplanck’s Point) revealed details that place their date of completion to a narrow window of time and to the same artist.

The Library of Congress will loan the West Point painting to the Museum to display alongside the newly acquired view of Verplanck’s Point.