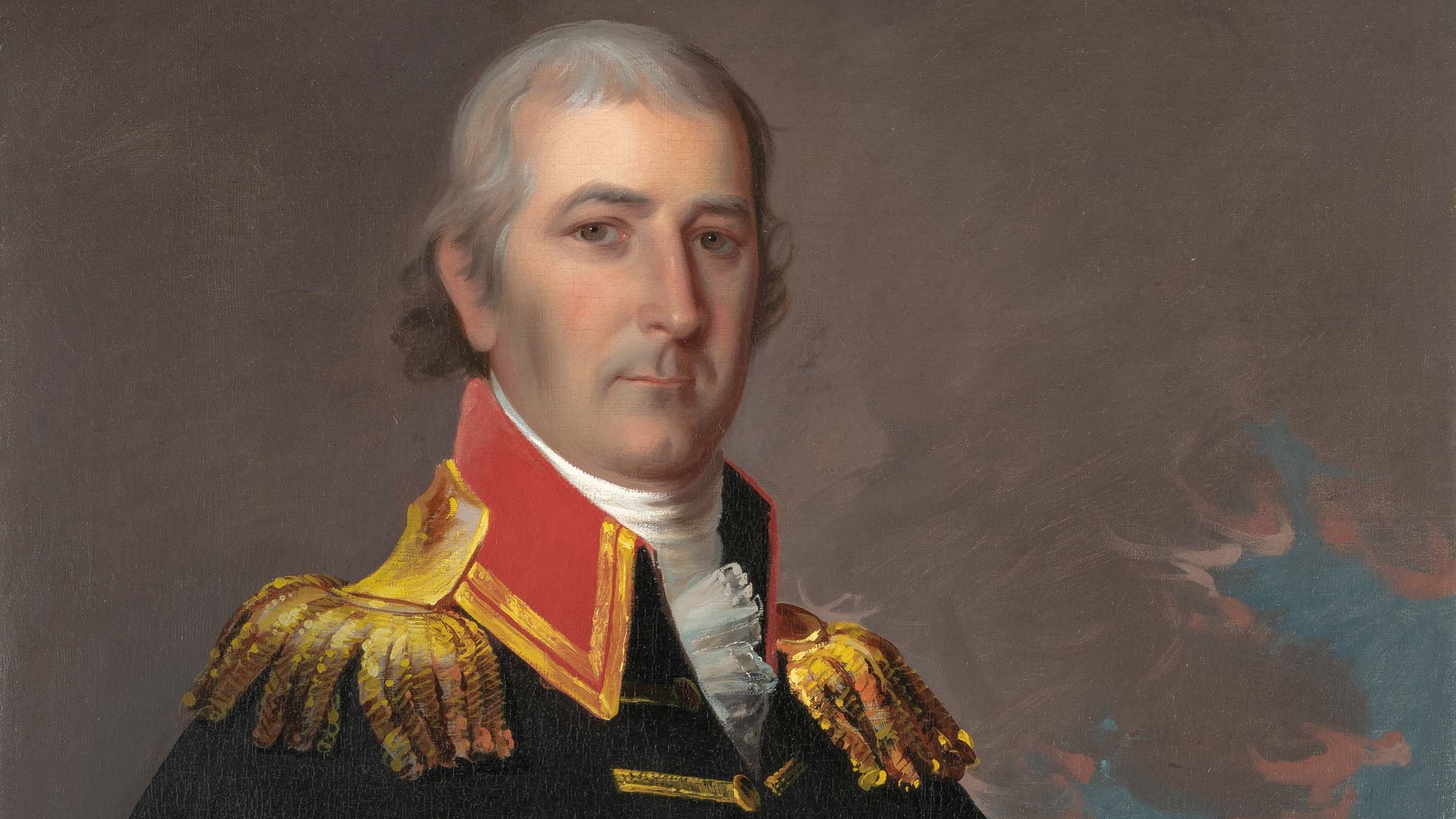 During Hispanic Heritage Month, the Museum of the American Revolution will host an event on Thursday, Oct. 6, 2022, at 1:30 p.m. to mark the official unveiling of a portrait of Stephen “Don Esteban” Minor, who fought with the Spanish Army during the Revolutionary War. The painting was donated to the Museum by Spain-based global energy leader Iberdrola.

The event will include brief remarks from Dr. R. Scott Stephenson, President & CEO of the Museum of the American Revolution, Rafael Orbegozo, adviser to the Chairman’s Office at Iberdrola, and Ricardo Añino, Political Counselor for the Embassy of Spain in the United States, followed by a viewing of the Stephen Minor portrait.

At the same time that Spain openly joined the American war in 1779, Pennsylvania-born Stephen Minor, along with a handful of other Americans, joined the Spanish Army in Louisiana. Minor fought with the Spanish, under the command of Bernardo de Gálvez, Colonel and Governor of Louisiana, to retake Florida from the English. For his service during the Siege of Pensacola in the spring of 1781, he was made a captain in the Spanish forces. After the war he settled in Mississippi, becoming a wealthy landholder, a Spanish commissioner, bank president, and the last Spanish governor of Natchez before it was ceded to the United States in 1798.

The portrait, attributed to William Edward West circa 1809, is a gift to the Museum from Iberdrola and is now part of the Museum's collection. It is accompanied by a new interpretive panel highlighting Spain’s important role as an ally to the Revolutionary cause.

“Iberdrola – along with our subsidiary, AVANGRID – is deeply committed to elevating the memories of the important contributions made by Spain and the Hispanic world to the origin of the United States,” said Rafael Orbegozo, Adviser to the Chairman’s Office, Iberdrola. “We are grateful to the Museum of the American Revolution for helping to uncover and share this history, and we are excited to partner in unveiling the portrait and story of Stephen Minor.”

“Iberdrola group companies engage in the preservation of cultural and artistic heritage while improving the lives of people in the communities we serve” said Pedro Azagra, CEO of AVANGRID. “Our company is a leader in service, innovation and investment in the U.S. energy industry, delivering projects to support America’s clean energy transition.”

Also, during Hispanic Heritage Month, the Museum is offering daily pop-up,10-minute talks in the galleries about Spain's contributions to American independence during the American Revolution. Additionally, on the Museum’s replica privateer ship, visitors can handle a recreated Spanish flag to learn more about Spain's role at sea during the Revolutionary War.

The Museum is proud to offer a Spanish-translated audio tour of our core galleries. The tour was translated in partnership with Al Día News. Audio tours cost an additional $5 for general admission, $4 for groups, and $3 for Museum Members.

About AVANGRID
AVANGRID, Inc. (NYSE: AGR) aspires to be the leading sustainable energy company in the United States. Headquartered in Orange, CT with approximately $40 billion in assets and operations in 24 U.S. states, AVANGRID has two primary lines of business: Avangrid Networks and Avangrid Renewables. Avangrid Networks owns and operates eight electric and natural gas utilities, serving more than 3.3 million customers in New York and New England. Avangrid Renewables owns and operates a portfolio of renewable energy generation facilities across the United States. AVANGRID employs more than 7,000 people and has been recognized by JUST Capital in 2021 and 2022 as one of the JUST 100 companies – a ranking of America’s best corporate citizens. In 2022, AVANGRID ranked second within the utility sector for its commitment to the environment and the communities it serves. The company supports the U.N.’s Sustainable Development Goals and was named among the World’s Most Ethical Companies in 2022 for the fourth consecutive year by the Ethisphere Institute. For more information, visit www.avangrid.com

About Iberdrola
Iberdrola is one of the world's biggest energy companies and a leader in renewables, spearheading the energy transition to a low carbon economy. The group supplies energy to almost 100 million people in dozens of countries. With a focus on renewable energy, smart networks and smart solutions for customers, Iberdrola’s main markets include Europe (Spain, the United Kingdom, Portugal, France, Germany, Italy and Greece), the United States, Brazil, Mexico and Australia. The company is also present in growth markets such as Japan, Taiwan, Ireland, Sweden and Poland, among others.

With a workforce of nearly 40,000 and assets in excess of €141.7 billion, the company posted revenues of €39 billion and a net profit of over €3.9 billion in 2021. Across the world, Iberdrola helps to support 400,000 jobs across its supply chain, with annual procurement of €12.2 billion. A benchmark in the fight against climate change, Iberdrola has invested more than €130 billion over the past two decades to help build a sustainable energy model, based on sound environmental, social and governance (ESG) principles.