PHILADELPHIA, OCT. 25, 2017 — A silver-hilted American small sword owned and used by Colonel Jonathan Pettibone (1710-1776) of Simsbury, Connecticut, during the Revolutionary War was donated to the Museum of the American Revolution today. The never-before-displayed sword was donated by a descendent of Pettibone and his family. The sword will be displayed at the Museum beginning in 2018. 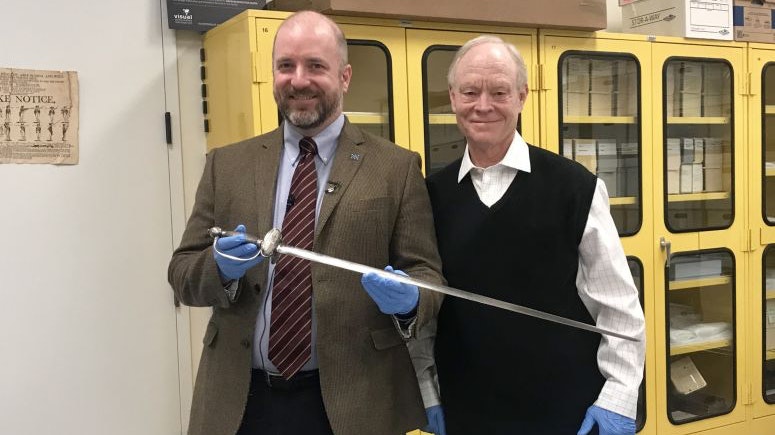 The sword is incredibly rare for several reasons. First, it is unusual for Revolutionary War swords to have the name of the original owner inscribed on the weapon itself. The engraving was done in the period by an unpracticed hand, likely by a rural craftsman of colonial New England. The sword is made even more unique by the fact that it was crafted in the colonies, as borne out by the unusual addition of the mark of its maker, silversmith Joseph Copp (1732-1813) of New London, Connecticut.

“With the rare maker's hallmark, and considering who owned it and the history it probably saw, this sword is truly one of the most fascinating Revolutionary War weapons I have ever seen,” said Dr. Philip Mead, Chief Historian and Director of Curatorial Affairs at the Museum. “I grew up in Simsbury and was very familiar with the Pettibone legacy, so I was doubly excited to encounter the sword.” 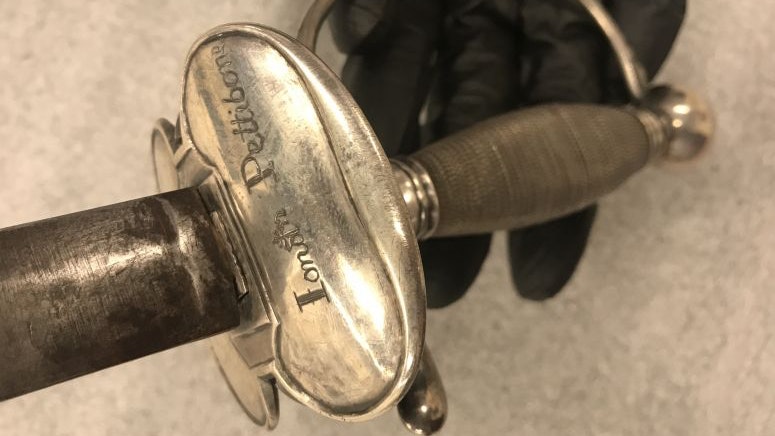 The donor, Maryland resident B. Owen Williams, inherited the sword from his grandmother, Mary Pierson Cheney, who was a direct, fifth generation descendent of Pettibone.

“As a family, we are delighted that the Museum will provide a home for this article, where it should be, in an exhibit to be seen by the many visitors who come to the Museum from all over,” said Williams. “I’m thrilled that it has survived in remarkably good condition despite my youthful exuberance and blissful ignorance to play with it surreptitiously as a boy.”

Jonathan Pettibone of Simsbury, Connecticut, was a colonel heading the 18th (Connecticut) Regiment which fought in the battles for New York in 1776. Pettibone died in service in Rye, New York in 1776. In the Colonel’s will, the title to the sword formally passed to his son, Jonathan Pettibone, Jr., who also served in the Revolutionary War. A tricorn hat that was worn by Colonel Pettibone is on display at the Smithsonian’s National Museum of American History. 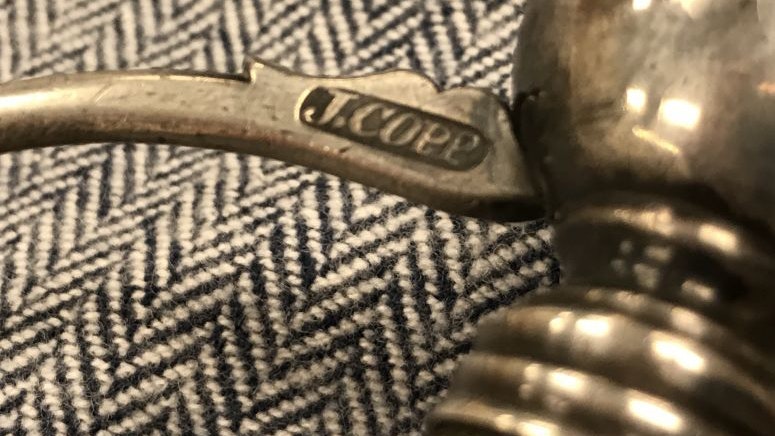 In 1780, the younger Pettibone built a tavern in Simsbury, Connecticut, which was rebuilt after a fire in 1803 and still operates as a restaurant today.