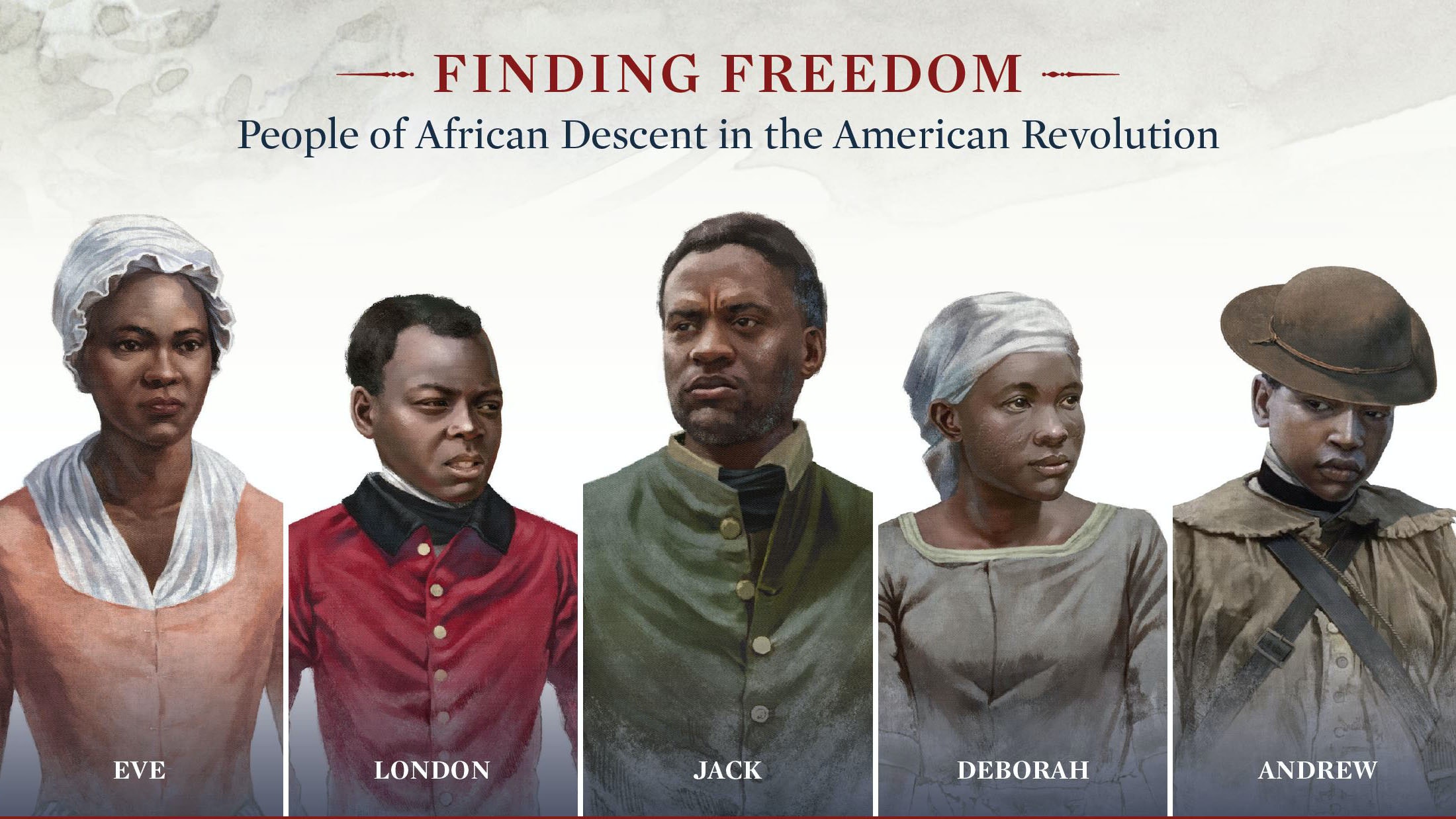 The Museum of the American Revolution today announced that it has received a silver-level Anthem Award in the "Diversity, Equity, and Inclusion Category" for Finding Freedom, an online interactive that explores the lives of five people of African descent during the Revolutionary War.

The first annual Anthem Awards, The Webby Awards’ newest initiative, was developed to recognize the breadth of social good work—online and offline—around the globe by honoring the organizations, brands, and people creating long-lasting impact. Anthem Award finalists are selected by the International Academy of Digital Arts and Sciences. The inaugural competition received nearly 2,500 entries from 36 countries worldwide.

Launched in October 2020, Finding Freedom animates the deeply researched stories of five men and women of African descent in Virginia who followed different paths to seek freedom in 1781. The online interactive is free and accessible to anyone with an internet connection. It is based on the Museum’s in-gallery touchscreen interactive of the same name, created with Philadelphia’s Bluecadet.

The Museum worked with digital product agency AREA 17 to translate the touchscreen experience from the Museum’s galleries into a web application that could be accessed by students, educators, and other learners anywhere, broadening the Museum’s educational reach. Since launching, Finding Freedom has had more than 568,445 page views from around the world.

Through powerful watercolor illustrations by Wood Ronsaville Harlan, Inc. and dramatized first-person narratives, the online interactive encourages users to consider the difficult choices that enslaved and free people of African descent had to make when there was no clear route to freedom during the Revolutionary War. The narratives were created using primary sources ranging from pension records to newspaper ads, period maps and broadsides, surviving objects, works of art, court records, and correspondence. 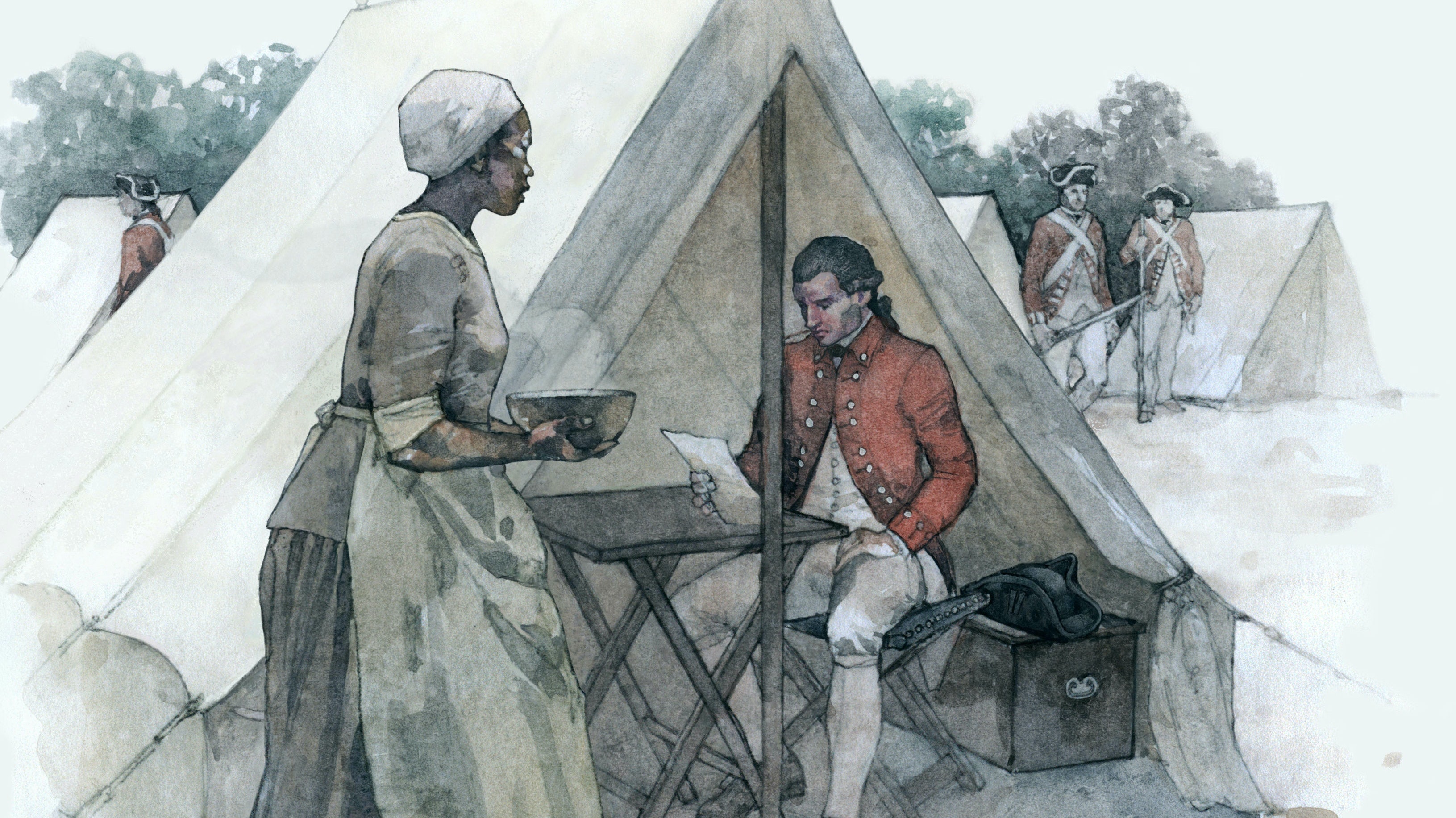 The online experience includes teacher resources that include modular activities, ready-made worksheets, “Big Idea” essays, timelines, glossaries, and primary sources. One of the goals for Finding Freedom is to help to equip teachers to have challenging conversations, particularly about race and slavery, in their classrooms and to have those discussions with nuance and sensitivity. The Museum also offers free professional development workshops for educators that delve deeper into Finding Freedom to prepare teachers to use it in their classrooms.

Finding Freedom is part of the Museum’s recently redesigned website, amrevmuseum.org, which was named a Webby Honoree in the category of Best Websites and Mobile Sites for Cultural Institutions earlier this year.

Winners for the inaugural Anthem Awards were announced on February 15, 2022, and will be celebrated at the first annual Anthem Voices virtual conference as well as at a star-studded virtual awards show on Monday, February 28, 2022. Fans will be able to watch the virtual show on-demand featuring special moments, and hallmark speeches from the winners at www.anthemawards.com.

The Anthem Awards was launched in response to the prevalence social good has taken within the national conversation and cultural zeitgeist in recent years. By amplifying the voices that spark global change, the Anthem Awards are defining a new benchmark for impactful work that inspires others to take action in their communities. A portion of program revenue will fund a new grant program supporting emerging individuals and organizations working to advance the causes recognized in the inaugural Anthem Awards.

Finding Freedom is made possible with generous support from The Albert M. Greenfield Foundation.

About The Anthem Awards
The Anthem Awards, the Webby Awards newest initiative, was developed to recognize the breadth of social good work (online and offline) around the globe by honoring the organizations, brands, and people creating long-lasting impact; including, Diversity, Equity, & Inclusion; Education, Art, & Culture; Health; Human & Civil Rights; Humanitarian Action & Services; Responsible Technology; and Sustainability, Environment, & Climate. By amplifying the voices that spark global change, the Anthem Awards are defining a new benchmark for impactful work that inspires others to take action in their communities. Founded in partnership with the Ad Council, Born This Way Foundation, Feeding America, Glaad, Mozilla, NAACP, NRDC, WWF and XQ.

About The Webby Awards
Hailed as the “Internet’s highest honor” by The New York Times, The Webby Awards is the leading international awards organization honoring excellence on the Internet, including Websites; Video; Advertising, Media & PR; Apps, Mobile, and Voice; Social; Podcasts; and Games. Established in 1996, The Webby Awards received more than 13,500 entries from all 50 states and 70 countries worldwide this year. The Webby Awards are presented by the International Academy of Digital Arts and Sciences (IADAS). Sponsors and Partners of The Webby Awards include Verizon, WP Engine, YouGov, Brandlive, Canva, NAACP, KPMG, Fast Company, Wall Street Journal, MediaPost, Podcast Movement, and AIGA.