Wear Team Gear and Get $2 Off Museum Admission Through Feb. 4 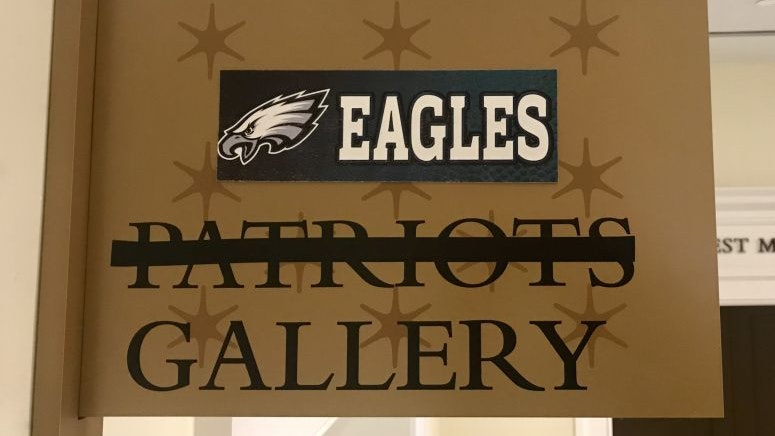 PHILADELPHIA, JAN. 25, 2018 — Philadelphia has loved a good underdog story ever since the Continental Army took on the British Empire during the Revolutionary War (spoiler alert: they won). Today, the Museum of the American Revolution temporarily renamed its first-floor Patriots Gallery as “Eagles Gallery” through Super Bowl Sunday, Feb. 4, in a show of support for the Museum’s hometown team.

Visitors are also encouraged to wear Eagles or Patriots apparel to receive $2 off admission to the Museum through Feb. 4 (walk-up only). The Museum’s gift shop is also offering 10 percent off of eagle-related items.

Guess who else sported eagle-inspired gear: George Washington owned and wore a Diamond Eagle, which is on display at the Museum through March 4. The exquisite jewel-encrusted medal was first presented to Washington at Philadelphia’s City Tavern 233 years ago, but has never been displayed in the city before. The Diamond Eagle is on loan from the Society of the Cincinnati. Visitors can color their own Diamond Eagle coloring page to take home. 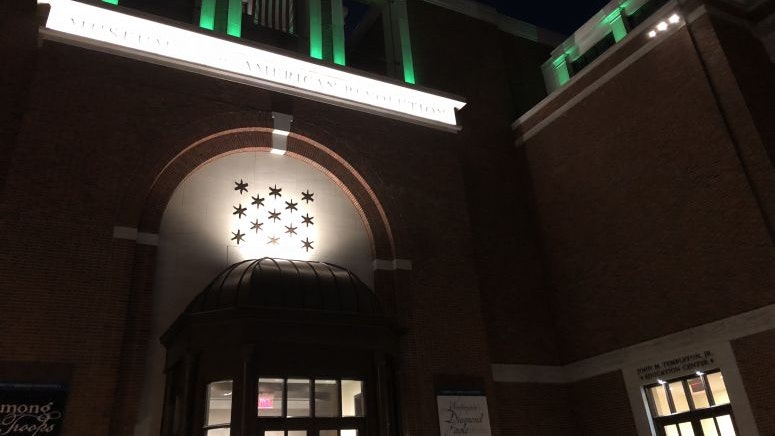 The Diamond Eagle was designed by Pierre L’Enfant, who also painted the watercolor that anchors the Museum’s current special exhibit which is on display in the Museum’s Patriots Eagles Gallery. The exhibit, Among His Troops: Washington’s War Tent in a Newly Discovered Watercolor, is on view through Presidents Day, Feb. 19.

Among His Troops brings together works of art, weapons, and other artifacts from the Revolutionary War to explore the history surrounding a rare eyewitness painting of the Continental Army, which was discovered by the Museum’s curators. The exhibit is free with regular admission

For New England Patriots fans, the Museum also features artifacts and exhibits with ties to the Boston-area. In one gallery, visitors can walk beneath the branches of a lifelike replica of Boston’s Liberty Tree. In other galleries, visitors can view a Bible that was carried at the Battle of Bunker Hill and a collection of artifacts from a Massachusetts native who served in the War, including a pair of baby booties made from a British Red Coat. A tableau scene of a snowball fight between Northern and Southern troops in the Continental Army explores how tensions between these two groups date back to 1776 and before.

In the spirit of friendly competition, Museum President Michael C. Quinn has entered into a wager with Catherine Allgor, President of the Massachusetts Historical Society. When the Eagles win, President Allgor will travel to Philadelphia to deliver a speech on why Philly is the true “Cradle of Liberty” and dine on cheesesteak. However, should the Patriots pull off a victory, President Quinn will travel to Boston to speak about that as the “Cradle of Liberty” and dine on lobster rolls and Boston cream pie.