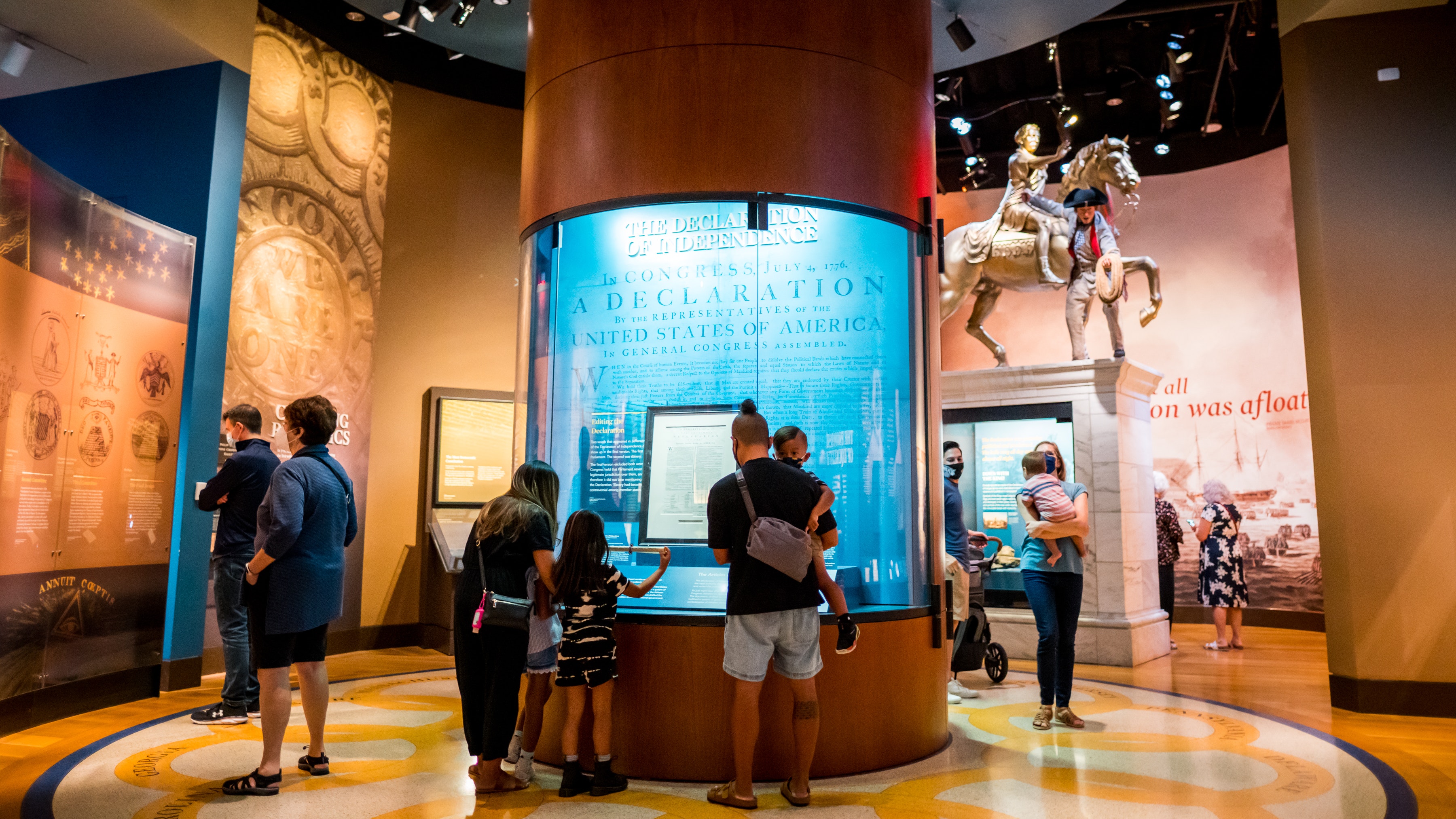 The Museum of the American Revolution has received a $75,000 planning grant from the National Endowment for the Humanities (NEH) to support planning for the major special exhibition The Declaration’s Journey: 250 Years of America’s Founding Document, which will open at the Museum in 2025 and run through 2026 to commemorate the 250th anniversary of the Declaration of Independence.

The Museum is poised to play a leadership role in the nation’s 250th anniversary. Through special exhibits, digital initiatives, and educational programs, the Museum aims to facilitate widespread conversation about the meaning of the American Declaration of Independence and its ongoing legacy. These efforts will culminate in the special exhibition The Declaration’s Journey, which will be supplemented with traveling elements and digital resources available to audiences across the nation and around the world. It will be supported by programs designed for a wide range of audiences, with a strong focus on K-12 education.

The Declaration’s Journey, which is project directed by Dr. Philip C. Mead, the Museum’s Chief Historian and Curator, is the most ambitious special exhibition that the Museum has undertaken since its opening. Through evocative national and international loan objects as well as those from the Museum’s collection, the exhibition will explore how a document created out of a colonial rebellion on the margins of the British empire became one of the most world-renowned statements of political rights in human history. How did it inspire more than 100 nations to emulate its example in their own declarations of independence? Do we understand the Declaration of Independence as a document of lasting principles, or one with changing implications for a changing world?

The Declaration has always meant far more than independence, and its influence has grown as generations of Americans, and people from many other nations, have considered the meaning of its promise of equality and its assertions about the purposes of government. The exhibition will examine how national and international leaders like Frederick Douglass, Martin Luther King, Jr., Abraham Lincoln, Elizabeth Cady Stanton, Mahatma Gandhi, and Nelson Mandela have deployed the Declaration’s words for movements ranging from women’s suffrage and the abolition of slavery to racial equality and civil rights, and how those movements have shaped modern discussions about the Declaration's meaning.

The Declaration’s Journey provides an unparalleled opportunity for the Museum to gain distinction through rigorous scholarship, programs that enrich and energize the public, and outreach to a broad national and global audience. Digital and programming elements will include an exhibition catalog and public engagement initiatives that build on the theme of the Declaration as the subject of a long-running conversation about democracy. In addition, the Museum will add resources to its award-winning website, including an online version of the exhibit to extend the experience to audiences around the world.