Museum of the American Revolution Welcomes its Millionth Visitor Jacob B. (center) was the Museum's millionth visitor.

Huzzah! The Museum of the American Revolution welcomed its one millionth visitor on Thursday, November 18, 2021. The lucky visitor, Jacob B. from Minnesota, received a free Family Membership to the Museum, a bag of Museum gifts, and other surprises.

Throughout the weekend, all visitors are invited to celebrate by posing for a photo at a “Thanks a Million!” selfie station in the lobby to share on Facebook, Instagram, and Twitter using @AmRevMuseum and #HowRevolutionary. All guests also will receive a free “Thanks a Million!” button to wear home. 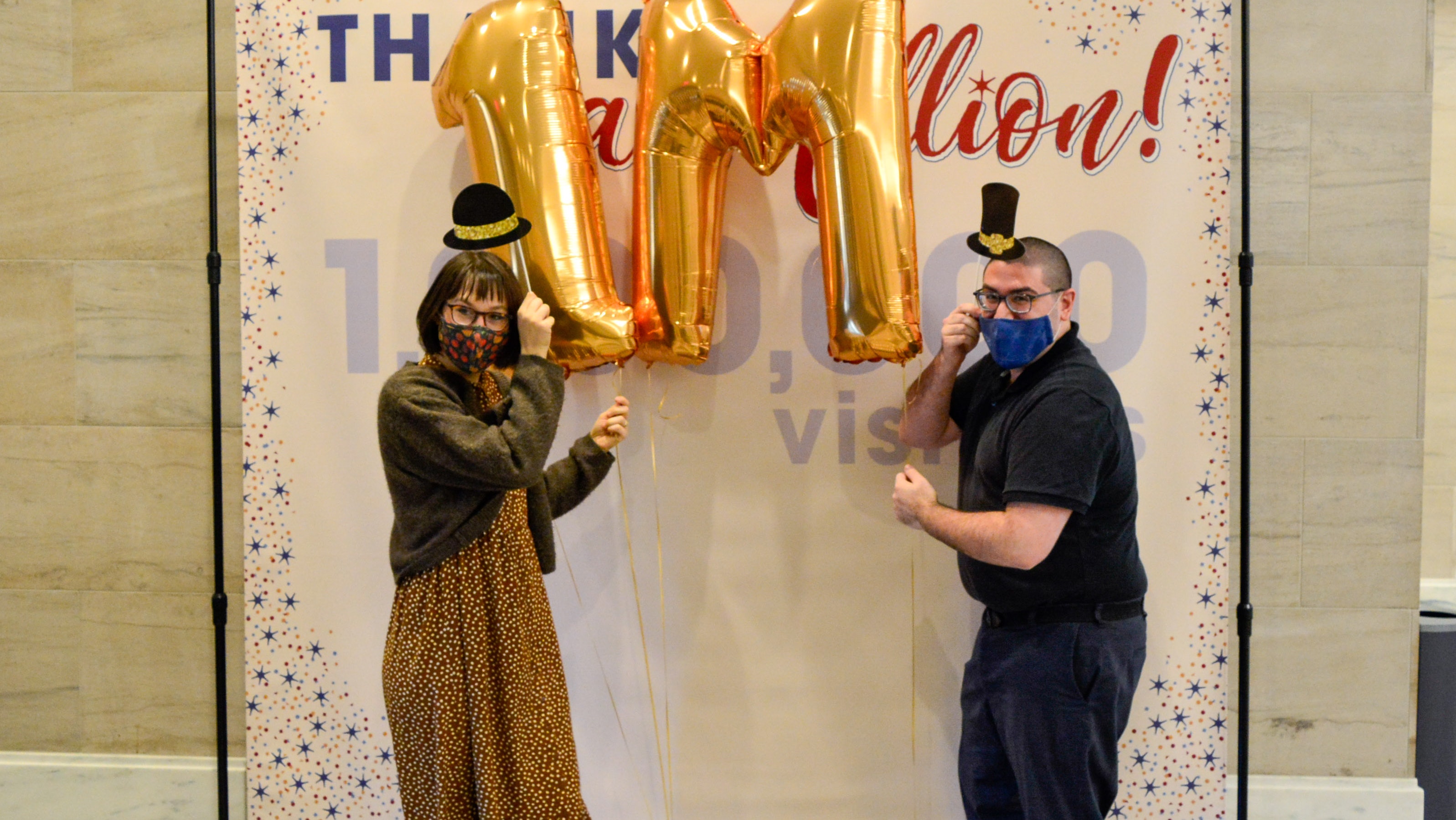 Guests are invited to pose at a "Thanks a Million!" selfie station throughout the weekend.

The Museum was projected to mark its millionth visitor in the summer of 2020 prior to the pandemic, during which the Museum was closed for nearly nine months. It is now open 7 days a week from 10 a.m. – 5 p.m. 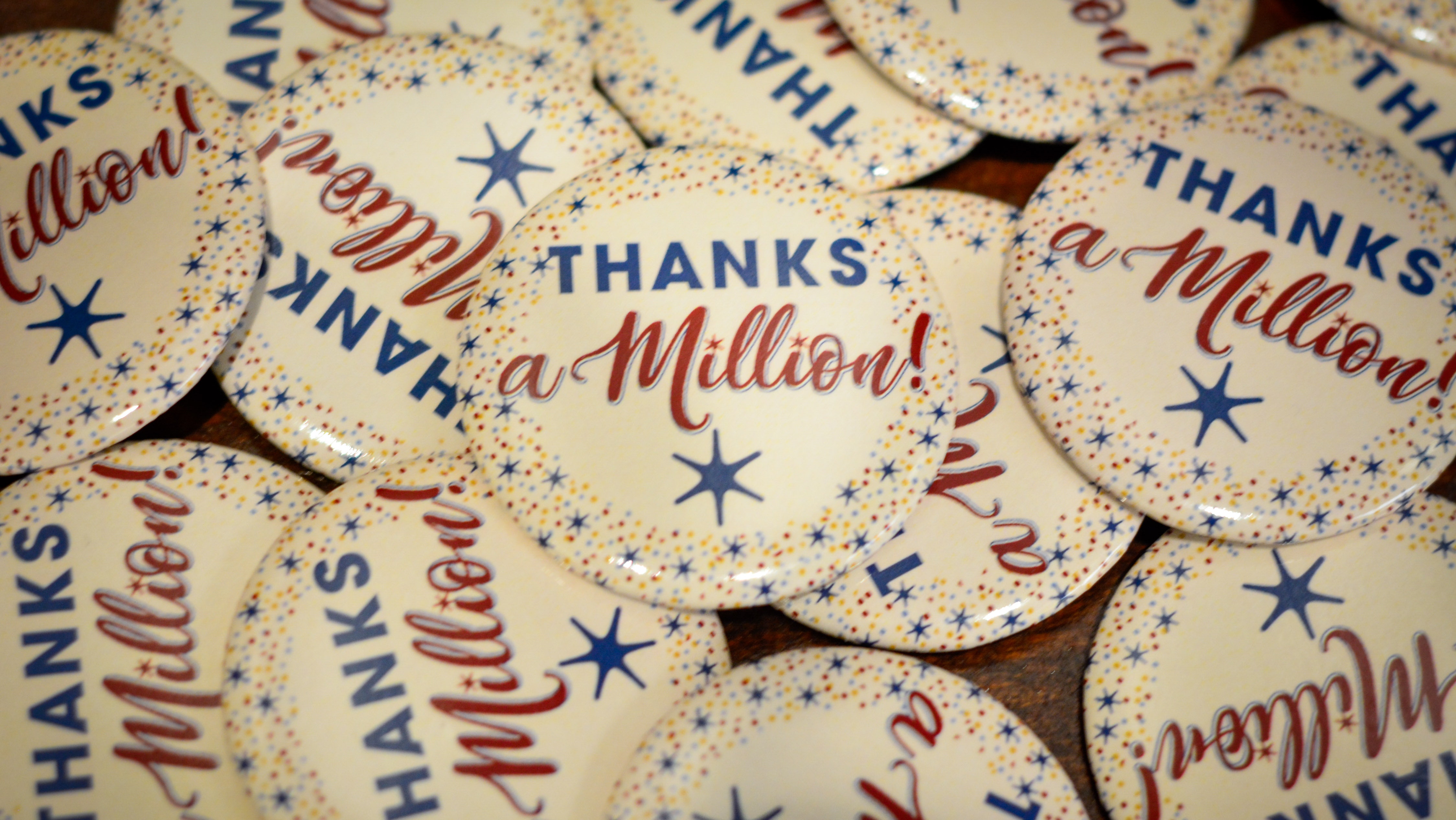 Throughout the weekend, visitors will receive a "Thanks a Million!" button to wear home.

The Museum opened in April 2017 and has since welcomed one million visitors from around the world to experience its nuanced, “warts-and-all” (New York Times) telling of the American Revolution. Millions more have experienced its rich, complex, and inspiring story through virtual programs and resources. The Museum will celebrate its fifth anniversary on April 19, 2022.