Museum of the American Revolution to Receive Approximately $50 Million from the Estate of H.F. (Gerry) Lenfest 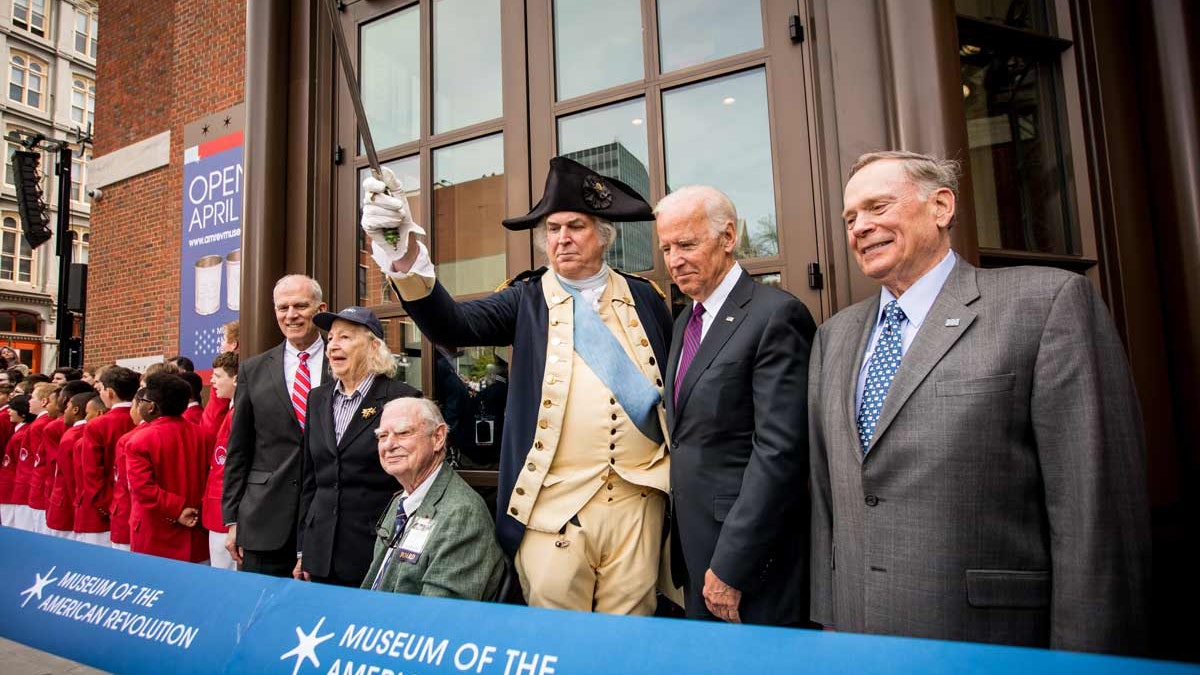 Marguerite and Gerry Lenfest are pictured at the Museum's ribbon-cutting on opening day in 2017.

The Museum of the American Revolution today announced that it will receive a total of approximately $50 million from the estate of H.F. (Gerry) Lenfest, the Museum’s Founding Chairman, who passed away in 2018. The monumental gift – the largest single gift in the Museum’s history – was announced on April 19, the Museum’s fifth anniversary.

“We are deeply grateful to the Lenfest family, without whom the Museum of the American Revolution would not have been built,” said Dr. R. Scott Stephenson, Museum President and CEO. “Gerry understood the critical role that a strong endowment plays in the financial stability of a nonprofit organization such as ours. As we celebrate our fifth anniversary and look ahead to the 250th anniversary of the nation’s founding in 2026, this extraordinary gift will strengthen our ability to ensure that the promise of the American Revolution endures.”

Since opening to the public on April 19, 2017, the Museum has welcomed more than a million visitors to experience its rich, nuanced, and inspiring telling of the Revolutionary story. Millions more have engaged with it online through virtual exhibits and programs. In its first five years, the Museum has developed groundbreaking special exhibitions, engaged over 200,000 students and educators through its virtual and onsite field trip programs, and presented a broad slate of thought-provoking special events, programs, living history interpretation, and more. 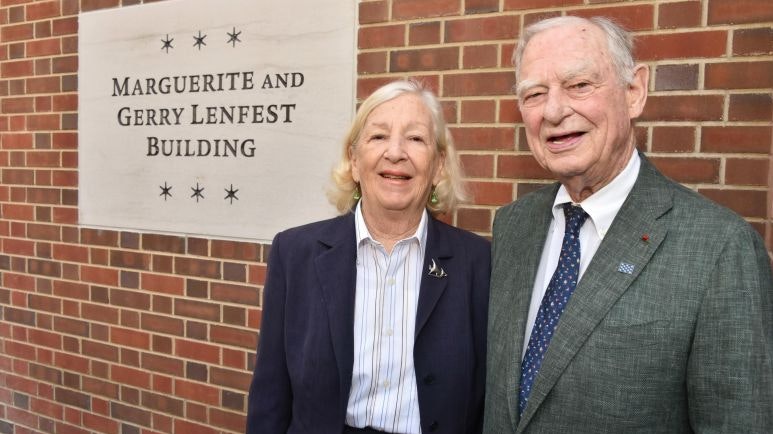 Marguerite and Gerry Lenfest at the Museum's building dedication in 2016.

Gerry Lenfest served as Chairman of the Museum’s Board from 2005-2016. During his tenure, he oversaw major achievements, including securing ownership of a site for the Museum in the heart of historic Philadelphia and guiding the Museum’s $150 million capital campaign. The Museum opened—on time, under-budget, and debt-free—in April 2017, after exceeding its capital campaign goal by raising a total of $173 million.

During his lifetime, Lenfest and his wife Marguerite provided the Museum with more than $60 million, primarily in matching grants that encouraged others to contribute and doubled the impact of gifts made toward completing the Museum’s capital campaign. The Museum building is named for Marguerite and Gerry Lenfest and was dedicated to them in 2016.

In addition to providing major financial support to the Museum, Lenfest also established and endowed the Lenfest Spirit of the American Revolution Award to celebrate the importance of public knowledge of American history. The award has since recognized luminaries such as Christiane Amanpour, Ken Burns, David McCullough, and Dr. Louise Mirrer.