Museum of the American Revolution Names Three New Board Members

PHILADELPHIA– JANUARY 10, 2015 – At its December meeting, the Board of Directors of the Museum of the American Revolution elected three new members: Tim Collins, Susan Corbett and Philip Reese. Museum Chairman H.F. (Gerry) Lenfest stated, “Our organization will greatly benefit from the expertise that these outstanding new Board members bring to our organization.”

In July 2014, Tim Collins became the President & CEO of EBSCO Industries, Inc., one of the largest private companies in the United States, with 5,000+ employees and over $2.7B in annual revenue. He served as President of EBSCO Information Services (EIS), EBSCO’s Industries’ largest division, before moving into his new role. EIS operates the world’s leading online research service for institutions, EBSCOhost, which serveslibraries, hospitals, corporations and other institutions worldwide. Tim joined EBSCO in 1987 when it acquired the company he co-founded while in college. Tim subsequently managed that the company through numerous strategic acquisitions and organic growth initiatives, growing it into the industry leader. The Collins Career and Resource Center at the Peter T. Paul School of Business and Economics at his alma mater, the University of New Hampshire, bears his name. Mr. Collins lives on the North Shore of Boston with his wife Emily and two children.

Mrs. Corbett’s career in the non-profit community began in 1990 with her appointment as special projects manager in the President’s office of the Carnegie Museums in Pittsburgh, and continued when she joined the staff of the Director’s office of the Carnegie Library. She then became Assistant Producer of Pittsburgh Arts and Lectures and soon was appointed Executive Director. From 2006 to 2010, Ms. Corbett served as Vice President for Programs and Development for the Gettysburg Foundation. Mrs. Corbett became the 44th First Lady of Pennsylvania when her husband was sworn in as Governor of Pennsylvania on January 18, 2011. Among other responsibilities as First Lady, she served as Chair of the Pennsylvania Council on the Arts, a trustee of Carnegie Museums, and as a commissioner for the Pennsylvania Historical and Museum Commission.  Her primary initiative as First Lady was Opening Doors, a partnership with the Pennsylvania Department of Education, Team PA, and Dr. Robert Balfanz from Johns Hopkins University. A key component of the initiative was the development and implementation of PDE'S Early Warning System, an intervention software program which assists educators in reducing the drop-out rate. Mrs. Corbett and her husband reside in the Pittsburgh area.

﻿Phil Reese is retired from a financial and legal career that spanned three fortune 500 companies: Conectiv, JP Morgan/Chase (formerly Manufactures Hanover Trust Company - MHTCo) and SunTrust Bank. At MHTCo he served as the group executive responsible for MHTCo's large corporate, multinational and middle market banking in the mid-Atlantic and helped launch a multi-billion dollar subsidiary bank. Mr. Reese also helped direct a mergers and acquisition process that created Conectiv, a fortune 500 company, where he subsequently was President and CEO of Conectiv’s commercial and residential energy services subsidiary. Mr. Reese now serves on the board of the Delaware holding company of Sun Trust Bank, and is a trustee of Christiana Care Health System, the country’s 13th largest hospital system. He also serves on advisory boards of the business and the law schools of Emory University, his alma mater. Mr. Reese was formerly chairman of the Delaware Public Employees Retirement System from 2004 to 2012, overseeing the management of $7.2 billion in assets. He has served on a number of other non-profit and for-profit boards.

Mr. Reese served six years in the U.S. Army and is a decorated veteran of the Vietnam War. He holds BA, MBA and JD degrees from Emory University. He resides in Wilmington, Delaware, with his wife Daphne. 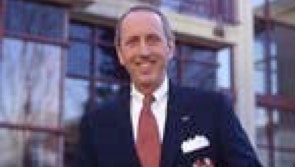 The Museum of the American Revolution, under construction now in Philadelphia, with an opening date of spring 2017, will explore the complete story of the American Revolution using its distinguished collection of objects, artifacts, artwork, and manuscripts. Located just steps away from Independence Hall, Carpenter’s Hall, Franklin Court, and the Tomb of the Unknown Soldier of the Revolution, the Museum will serve as a portal to the region’s many Revolutionary sites, sparking interest, providing context and encouraging exploration. Permanent and special exhibition galleries, theaters, and large-scale tableaux will bring to life the original “greatest generation,” and engage people in the history and continuing relevance of the American Revolution. The Museum is a private, non-profit organization. For more information, visit www.AmRevMuseum.org or call toll free, 877-740-1776.