Museum of the American Revolution Names John A. Catsimatidis, Jr. and Alan H. Fleischmann to Board of Directors 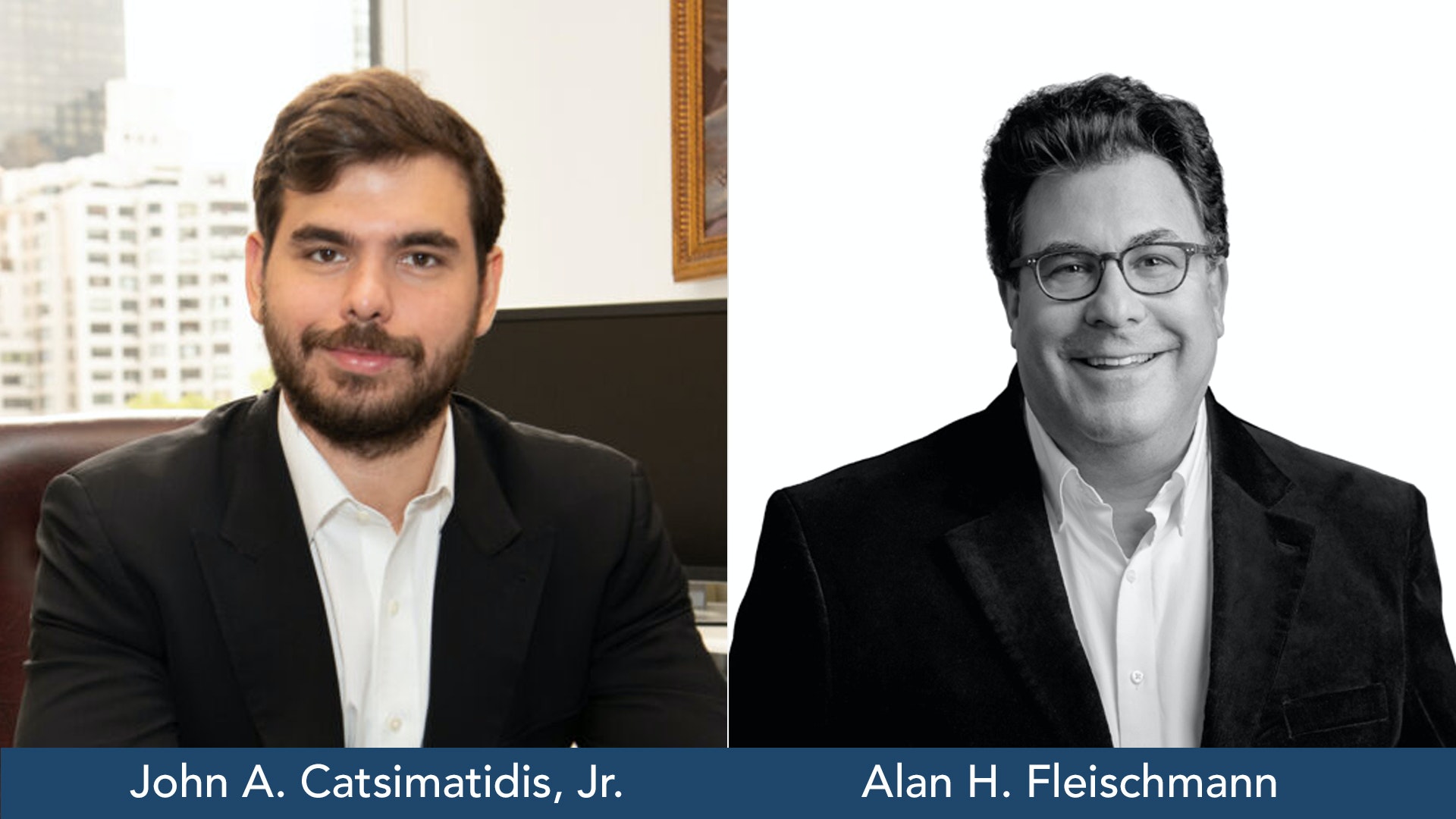 The Museum of the American Revolution today announced the election of John A. Catsimatidis, Jr. and Alan H. Fleischmann as the newest members of the Museum’s Board of Directors.

“John and Alan bring a remarkable breadth of experience and achievement to our board,” said Dr. R. Scott Stephenson, Museum President and CEO. “We are fortunate to benefit from their creativity, insight, and leadership. I look forward to their contributions as we look ahead to the 250th anniversary of our nation’s founding in 2026 and beyond.”

About John A. Catsimatidis, Jr.
John A. Catsimatidis is Executive Vice President and Chief Investment Officer of Red Apple Group. Red Apple Group is a conglomerate that owns and operates assets in the energy, real estate, logistics, finance, insurance, media, and supermarket industries. In addition to his leadership role in the operations of portfolio companies, he leads the investment team which looks at both private and public opportunities.

Catsimatidis is a graduate of the New York University Stern School of Business, where he received a bachelor’s for his concentrations in finance and management. He is involved in all of the philanthropic activities of the Catsimatidis Family Foundation.

About Alan H. Fleischmann
Based in Washington, D.C., Fleischmann is the Founder, Chairman, and CEO of Laurel Strategies, the global CEO advisory and strategic communications firm for leaders, chief executives, and their C-Suite. Fleischmann also hosts the show “Leadership Matters” on SiriusXM Radio and has authored numerous articles on leadership and CEO statesmanship.

Fleischmann serves on several boards including the Atlantic Council, Carnegie Hall, the Washington National Opera at the Kennedy Center, the Shock Trauma Emergency Medical Center, the JUST Capital Foundation, and he is a Trustee of Morehouse College. Fleischmann has previously served as chairman of the board of the School of International Service of American University, and on the board of the School of Advanced International Studies (SAIS) of Johns Hopkins University. He was a longtime board member of the Jane Goodall Institute and a founding member of the Jane Goodall Legacy Foundation. Fleischmann is a member of the Global Philanthropists Circle, the Leadership Council of the Robert F. Kennedy (RFK) Center and is a lifetime member of the Council on Foreign Relations.