Philadelphia, PA, August 17, 2016— A large-scale reconstruction of an American privateer ship commissioned by the Museum of the American Revolution is now being transported to the new Museum after being constructed by Independence Seaport Museum’s boat-building workshop, Workshop on the Water. 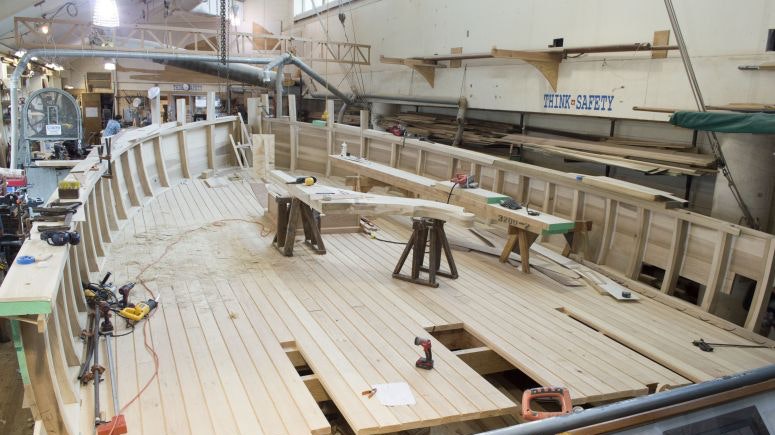 The ship, which measures 19 feet by 45 feet, will be reassembled in the Museum’s “War at Sea” gallery, which tells the story of 14-year-old free African American James Forten who volunteered aboard a privateer ship to fight the British Navy. He later became a prominent abolitionist and wealthy Philadelphia businessman.

Forten “represents a founding generation” that spans ethnicities, backgrounds, and ages, Dr. R. Scott Stephenson, Vice President of Collections, Exhibitions, and Programming for the Museum of the American Revolution, told the Associated Press. The Museum will explore “one of the great unfinished aspects of the American Revolution: making the promise of equality apply to all people,” Stephenson said.

When the Museum opens on April 19, 2017, visitors will be able to board the privateer ship, which is one of several immersive environments that will bring to life the dramatic story of our nation's founding. 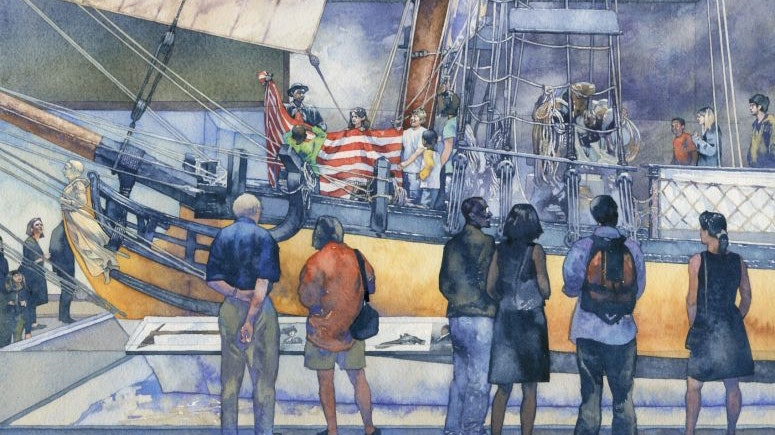 Made up of more than 1000 pieces, the replica took nearly a year to create, from design to completion. The process was led by shipwright Mark Donahue, Director of Workshop on the Water. Visitors to Independence Seaport Museum were able to see the boat under construction.

The Continental Congress created a navy in 1775, but it could not match the power of the British Navy. Instead, Americans relied heavily on the old tradition of privateering, or using privately owned vessels to attack British ships and disrupt trade.

Independence Seaport Museum deepens the appreciation, understanding and experience of the Philadelphia region’s waterways through history, science, art and community. Maintaining one of the largest maritime collections in North America, it combines more than 25,000 artifacts with hands-on exhibits, small boat rentals and large-scale models. The Museum houses a traditional boat shop, the Workshop on the Water; the J. Welles Henderson Archives and Library and the Penn’s Landing Playhouse. The Museum also includes two National Historic Landmark ships: Cruiser Olympia and Submarine Becuna. Located at Philadelphia’s Penn’s Landing Waterfront, the Museum is open daily from 10 a.m. to 5 p.m. Visit www.phillyseaport.org for more information.