Printing is Now on Display Through July 4

A searing rebuke of slavery and a soaring defense of human equality, a 1774 newspaper printing of a letter written by African American poet Phillis Wheatley is now in the permanent collection of the Museum of the American Revolution.

The newly acquired document is an original printing of Wheatley’s Feb. 11, 1774, letter to Presbyterian Minister and Mohegan Indian Samson Occom, which was printed on the front page of the April 1, 1774, edition of the Connecticut Journal newspaper.

The letter was purchased from a private collector, thanks to a gift from American Heritage Credit Union and the Museum’s Collections Society in support of the Museum’s diverse storytelling. It is now on display at the Museum through July 4.

In the letter, Wheatley declares to Occom, her fellow activist for the rights of people of African and Native American descent, that “in every breast, God has implanted a principle, which we call love of freedom; it is impatient of oppression.” It marks Wheatley’s first publication after she was emancipated from slavery.

“This extremely rare newspaper is a key text in the history of the American Revolution and the struggle for human equality more broadly,” said Dr. Philip Mead, the Museum’s Chief Historian. “It is perhaps the clearest and most powerful, concise statement of the era in defense of a common love of freedom as the basis for racial equality. We are so grateful to the support of American Heritage Credit Union and President and CEO Bruce Foulke, who have been great friends of the Museum, in acquiring this treasure.”

Wheatley’s letter appeared shortly after the London publication of her 1773 volume Poems on Various Subjects, Religious and Moral, the first published book of poetry by an African American woman. A signed first edition of the book was donated to the Museum in 2018 by Museum Board Member Dr. Marion T. Lane. It is on view in the Museum’s galleries.

“At American Heritage, we have a legacy of supporting education and awareness of our nation’s history,” stated Bruce K. Foulke, President & CEO of American Heritage Credit Union. “Ms. Wheatley’s galvanizing words and impact remain more relevant and vital than ever to our nation, and we are proud to partner with the Museum of the American Revolution to ensure that her story is told to a broader audience.” 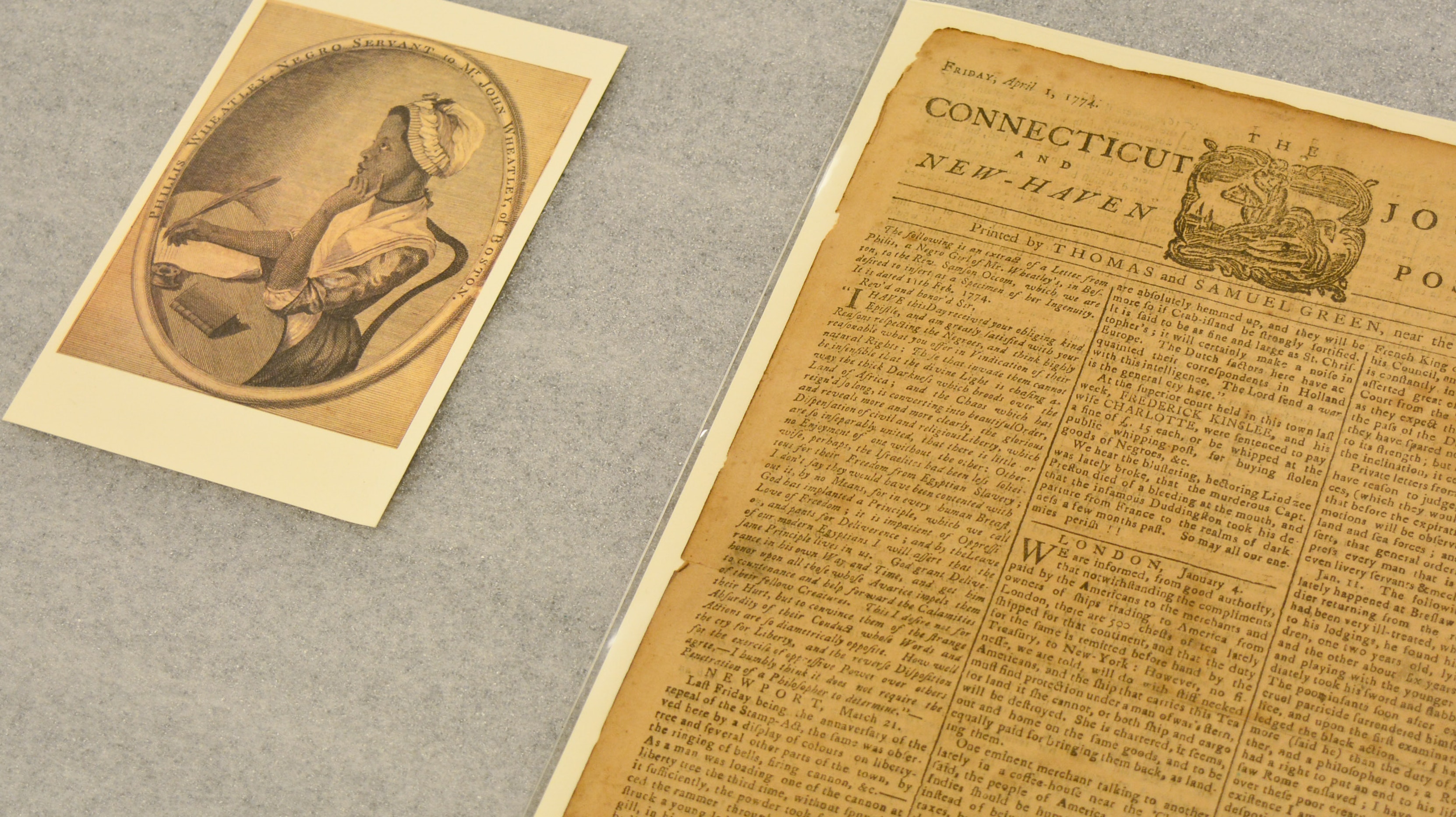 Phillis Wheatley was born in West Africa and was seized as a child and transported to North America on a slave ship known as The Phillis, for which she was later renamed. Enslaved and educated in the household of Boston merchant John Wheatley, she began writing beautiful and complex poetry about religion, nature, politics, race, slavery, art, and literature. Her Poems on Various Subjects, Religious and Moral was lauded in both Europe and the American colonies as an example of the artistic and intellectual equality of people of African descent. After her emancipation in 1774, she faced continued racial discrimination and died in poverty in 1784 at the age of 31.