Michael C. Quinn Steps Down as CEO After Distinguished Tenure

Quinn Named President Emeritus by Museum’s Board of Directors

PHILADELPHIA, MARCH 22, 2018 — The Museum of the American Revolution announced today that Michael C. Quinn has resigned from his position as President and CEO after a distinguished six-year tenure. The Museum’s Board of Directors has named him President Emeritus in recognition of his indispensable role in planning and opening the nationally acclaimed institution. 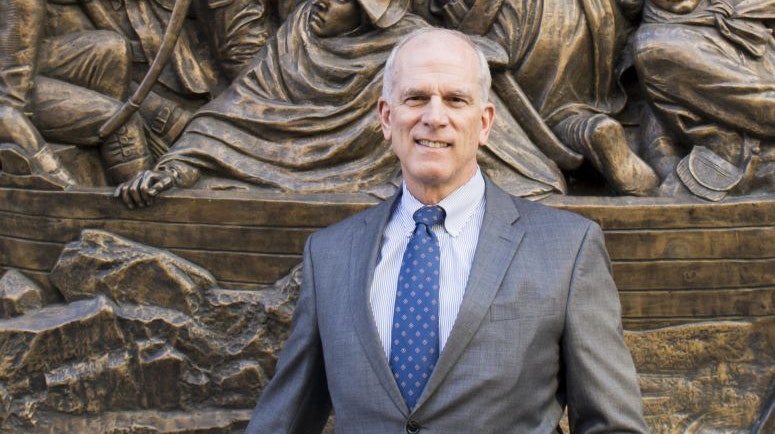 Quinn will continue to work with the Museum on several high-profile initiatives, assist with the transition to new leadership, and serve as a liaison with the Museum’s community of supporters. Museum Board Chair General John P. Jumper, who has been working with the Museum’s executive leadership on long-term strategy, will assume the position of pro-bono acting CEO. The Board of Directors will initiate a national search for a new President and CEO.

Quinn took the helm in April 2012, when the Museum was in the early stages of planning. He oversaw all aspects of planning and opening the new Museum. Through his efforts, the Museum’s capital campaign surpassed its $150 million goal by $23 million or 15 percent. The Museum also opened under budget and debt-free, with an endowment of $48 million and an operating reserve of $5 million.

Since opening, the Museum has welcomed more than 300,000 visitors, including more than 30,000 schoolchildren, has attracted a robust and growing membership, and has received accolades from national and international media, travel sites, and online and onsite visitor reviews.

“Having successfully launched such a vibrant national museum, I am excited to begin exploring other passions, sharing my experience by writing, speaking, and teaching, engaging with other institutions and mentoring future leaders in the field,” said Quinn. “I am deeply honored at having been named President Emeritus by the Board, and look forward to continuing to support this remarkable enterprise.”

“It has been a singular privilege to work alongside Michael Quinn as he led the Museum through the challenging years leading to our historic opening day,” said H.F. (Gerry) Lenfest, the Museum’s Chairman Emeritus. “His passion for history and education combined with his business acumen made him an ideal leader. His designation as President Emeritus reflects our gratitude for his tremendous service.”

“The Museum could not have had a better leader than Mike Quinn as we worked to build and engage supporters,” said Board member and Campaign Chairman, former Governor Edward G. Rendell. “The Museum was no more than a promise when Mike came aboard. He was tremendously successful in guiding the Museum from a plan to a successfully operating museum.”