From creating hand-drawn war maps and hand-carved colonial candlesticks to producing a live flame onstage as Eliza Hamilton burns her husband’s letters, Props Master Jay Duckworth is the man behind the magic of Broadway’s smash hit Hamilton: An American Musical. 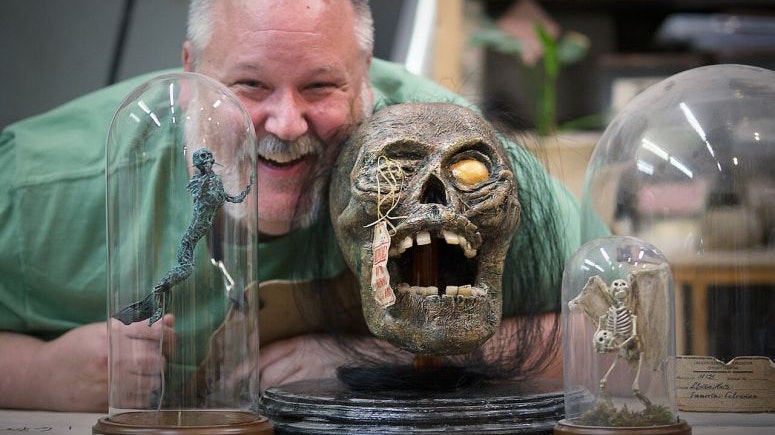 Called “a props shaman” by Lin-Manuel Miranda, the New York-based artist and self-proclaimed “proptologist” will speak at the Museum of the American Revolution as part of Tricked Out, a Halloween-themed History After Hours event on Tuesday, Oct. 23 from 5 – 8 p.m. Visitors are encouraged to come in costume.

At 6 p.m., Duckworth will deliver a talk entitled “Making History: The Objects that Create the World of Hamilton: An American Musical.” He will discuss the challenges he and his props team faced as they brought Hamilton to life when it premiered at The Public Theater in 2015. Following the talk, Duckworth will lead the audience in letterlocking (an early form of creating “secure” documents) and making wax seals to take home. 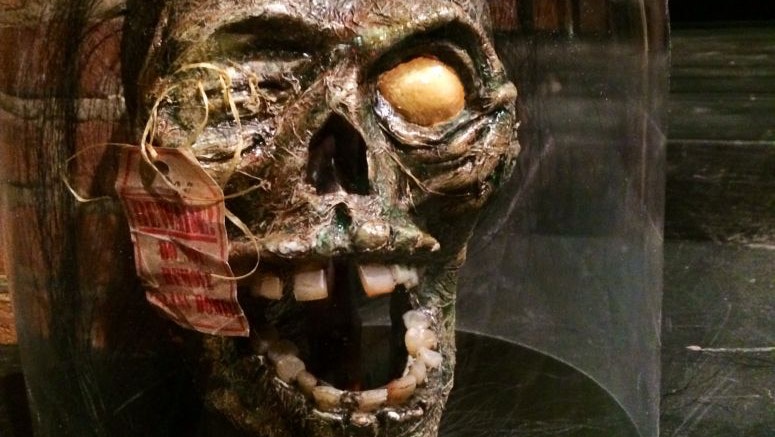 Visitors can bring a copy of Hamilton: The Revolution, a book about the making of the groundbreaking Broadway musical, or buy one in the Museum’s shop to be signed by Duckworth.

In the Museum’s Cross Keys Café from 5 – 8 p.m., the Pennsylvania Cider Guild will offer tastings and showcase a “history of cider” as a kick off to Philly Cider Week. Pennsylvania Cider producers will demonstrate how to use apples to create cider, which is re-emerging as a popular beverage in the United States, just as it was during the colonial era.

At 5:15 p.m., visitors can join a tour departing from the Museum’s lobby that will explore Revolution Place, the Museum’s new discovery center, and the concept of creating immersive environments and theatrical elements in museums. Throughout the night, guests can participate in a spy challenge in the Museum’s galleries.

Visitors can get a taste of the Museum’s new interactive experience Hamilton Was Here: Rising Up in Revolutionary Philadelphia which opens on Saturday, Oct. 27, by trying on reproduction 1790s clothing and posing for photos.

Running from Oct. 27, 2018 – March 17, 2019, Hamilton Was Here will use playful activities, scenic environments, and interactive games to engage visitors in the challenges of founding and maintaining a country as they follow Alexander Hamilton’s story through different locations in Philadelphia and the surrounding region. It is free with regular museum admission.

Jay Duckworth has more than 20 years’ experience creating props for League of Resident Theatres (LORT) and off-Broadway theater, independent films, TV, music videos and more than 65 off-Broadway shows. He has been on the artistic teams that have created original work for musicals including Fun Home, Bloody Bloody Andrew Jackson, and the controversial Julius Caesar at Shakespeare in the Park 2017. As well as being a writer for Stage Directions Magazine, he teaches a course entitled “Properties and the Philosophy of Aesthetics” at Pace University. He has been the Keynote Speaker for The Kennedy Center American College Theater Festival and United States Institute of Theater Technology

In the upcoming months, History After Hours will include “Ceramics in the City” on Tuesday, Nov. 13; “Enough to Feed an Army: Gingerbread” on Tuesday, Dec. 11; and “A Winter’s Ball” on Tuesday, Jan. 22.