PHILADELPHIA, APRIL 3, 2018 — Lancaster resident Dr. Dennis Denenberg remembers opening his Revolutionary War toy set on Christmas morning in 1957. As a 10-year-old boy, he was enthralled with the tiny soldiers, horses, and even miniature cannons with cannon balls. 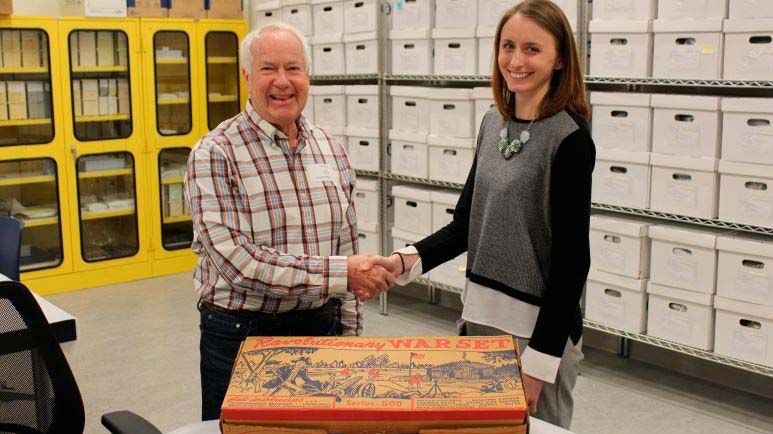 “I absolutely loved it,” Denenberg said. “I would set up the toy soldiers and stage Revolutionary War battles. The Patriots always won when I played; the Red Coats never stood a chance.”

The toy set deepened Denenberg’s early interest in history, inspiring him to pursue a college minor in American history at the College of William and Mary later in life. He also developed a love for Philadelphia’s Historic District, kindled in part by a 5th grade field trip to Independence Hall and the Liberty Bell.

Denenberg took great care of the set, which is why it was still in excellent condition when he recently donated it to the Museum of the American Revolution, more than 60 years later.

Although the Museum's core exhibits extend from the early 1760s through the 1790s, the Museum does have quite a few 19th and 20th century commemorative objects in its collection and could potentially mount a special exhibit featuring those items in the future. 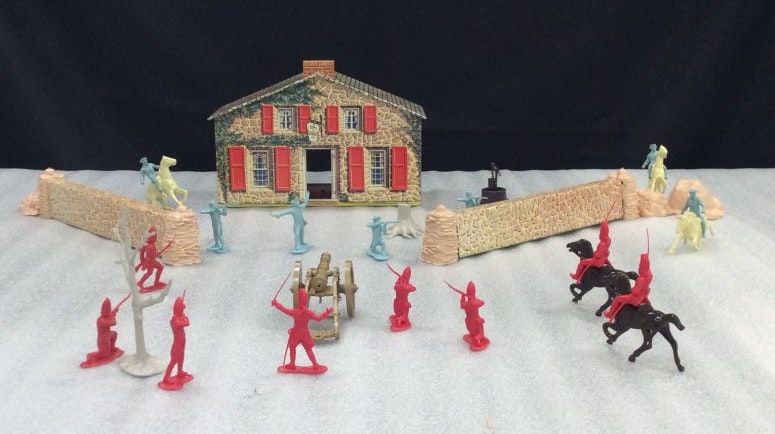 The Museum’s Vice President of Collections, Exhibitions and Programming Dr. R. Scott Stephenson immediately recognized the set. “As a 10-year-old kid on the eve of the Bicentennial, I received the same toy set for Christmas. It fueled my interest in the American Revolution,” said Stephenson. “In a world saturated by interactive digital technology, it’s easy forget the power of play.”

Denenberg, now a retired Millersville University professor as well as an author and speaker, believes that kids need to have personal encounters with history to inspire learning.

“That’s how you interest kids in history – you tell them the stories of the people who were there,” he said. “The Museum does a wonderful job of that in its exhibits.”

Denenberg followed the Museum’s progress over the years, beginning in the early 2000’s. When he finally had the opportunity to visit in 2017, it was General George Washington’s War Tent that stole his heart.

“I have the greatest admiration for George Washington,” he said. “When you stand in front of that tent, you can imagine him in there – it’s incredibly powerful.”

He hopes his donation will inspire others to donate items so that visitors can benefit from them. “When you get to a certain age, you start thinking about how you can give back. This was one way I could try to ignite the same spark of learning in future generations.”