Catherine Allgor, President of the Massachusetts Historical Society, to Speak on Philadelphia as the “Cradle of Liberty”

PHILADELPHIA, April 2, 2018 — A wager made in the spirit of friendly competition in the weeks leading up to Super Bowl LII will soon be fulfilled at the Museum of the American Revolution. Wearing Philadelphia Eagles gear, President of the Massachusetts Historical Society Catherine Allgor will deliver a speech defending Philadelphia – not Boston – as the true American “Cradle of Liberty” on Tuesday, April 17, 2018 at Noon. 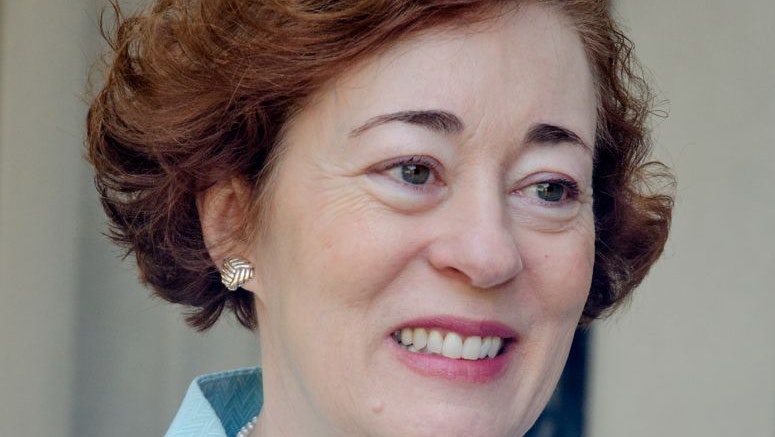 The event will take place in the Museum’s Liberty Hall and will include a cheesesteak slider lunch with other Philly favorites. It is free for members and $10 for the general public. Tickets can be purchased here. Guests are encouraged to wear Eagles apparel.

Michael C. Quinn, now President Emeritus of the Museum of the American Revolution, will introduce Allgor, who will present a lighthearted discussion on Philadelphia as the true home of American democracy. A question-and-answer session with the audience will follow.

“Catherine is the esteemed president of one of our nation’s great historical institutions, so it is with great anticipation that we await her visit to Philadelphia, during which she will extol Philadelphia and its indispensable role in the American Revolution,” said Quinn. “Not only will she have to eat crow, but cheesesteak.”

While Boston has often claimed the mantle of the “Cradle of Liberty,” Allgor will discuss the many iconic Revolutionary moments that took place in Philadelphia, such as the first meeting of the Continental Congress in 1774, and the drafting and signing of the Declaration of Independence and Constitution, among others, that support the claim that Philadelphia is actually the source of our nation’s freedom as the “Headquarters of the American Revolution.”

“As a native-born Pennsylvanian, it is my pleasure to return to my hometown,” said Allgor. “The path from Boston to Philadelphia is a well-worn and notable one. It is my honor to follow in the footsteps of Benjamin Franklin.” Allgor notes, however, that “unlike Dr. Franklin, I will come back to Boston.” 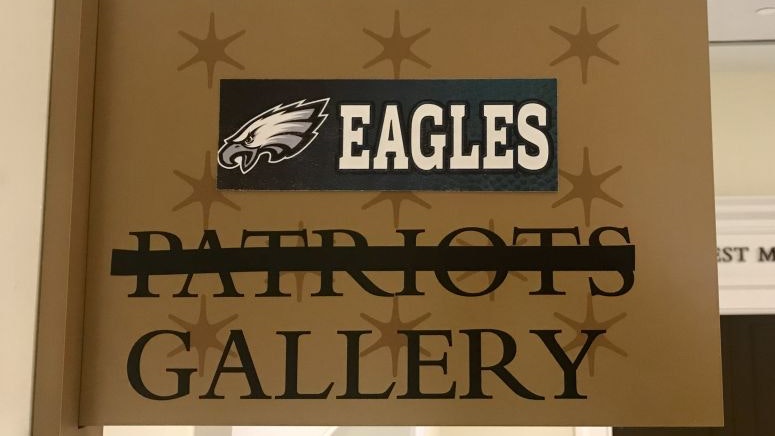 During the weeks leading up to the Super Bowl, the Museum renamed its Patriots Gallery as the “Eagles Gallery” in support of the hometown team and offered discounts to those in Eagles attire – and extended the same discount to those wearing the attire of the New England Patriots.

Friendly wager aside, the Museum’s core exhibition features numerous exhibits and artifacts that pay tribute to Boston’s critical role in the Revolution. In one gallery, visitors can walk beneath the branches of a lifelike replica of Boston’s Liberty Tree. In other galleries, visitors can view a Bible that was carried at the Battle of Bunker Hill, an English creamware mug wishing “Success to Boston,” and a collection of artifacts from a Massachusetts native who served in the war, including a pair of baby booties made from the pilfered red coat of a British soldier. A tableau scene of a snowball fight between Northern and Southern troops in the Continental Army explores how regional differences had to be overcome for American forces to prevail.

About Catherine Allgor
Catherine Allgor is the president of the Massachusetts Historical Society. Previously, she had been the Nadine and Robert Skotheim Director of Education at the Huntington Library in San Marino, CA, and a former Professor of History and UC Presidential Chair at the University of California, Riverside. Allgor attended Mount Holyoke College as a Frances Perkins Scholar and received her Ph.D. with distinction from Yale University, where she also won the Yale Teaching Award. Her dissertation received a prize as the best dissertation in American History at Yale and The Lerner-Scott Prize for the Best Dissertation in U.S. Women's History. She began her teaching career at Simmons College and has been a fellow at the Radcliffe Institute for Advanced Study and a Visiting Professor of History at Harvard University. Her first book, Parlor Politics: In Which the Ladies of Washington Help Build a City and a Government (University Press of Virginia, 2000), won the James H. Broussard First Book Prize from the Society for Historians of the Early American Republic and the Northeast Popular Culture/American Culture Association Annual Book Award. Her political biography, A Perfect Union: Dolley Madison and the Creation of the American Nation (Henry Holt, 2006), was a finalist for the George Washington Book Prize. In 2012, she published Dolley Madison: The Problem of National Unity (Westview Press) and The Queen of America: Mary Cutts's Life of Dolley Madison (University of Virginia Press). President Obama has appointed Allgor to a presidential commission, The James Madison Memorial Fellowship Foundation. She also serves on the Board of Directors of the National Women’s History Museum.

About the Massachusetts Historical Society
The Massachusetts Historical Society is one of the nation’s preeminent research libraries, with collections that provide an unparalleled record of the vibrant course of American history. Since its founding in 1791, the MHS has fostered research, scholarship, and education. With millions of pages of manuscript letters, diaries, and other documents, as well as early newspapers, broadsides, artifacts, works of art, maps, photographs, and prints, the MHS offers a wide-ranging perspective on the United States from the earliest beginnings of the nation to the present day. Exhibition galleries are open Monday to Saturday from 10:00 AM to 4:00 PM. For more information, visit www.masshist.org.