History After Hours Series Returns to Museum of the American Revolution

PHILADELPHIA, JAN. 3, 2018 — The Museum of the American Revolution’s monthly History After Hours series will return on Tuesday, Jan. 16, 2018, with extended evening hours from 5 – 8 p.m., special themed programs, happy hour food and drink specials, games and trivia, and full access to the Museum’s exhibits. Tickets for History After Hours events are $10 for adults and can be purchased online in advance here or at the door. 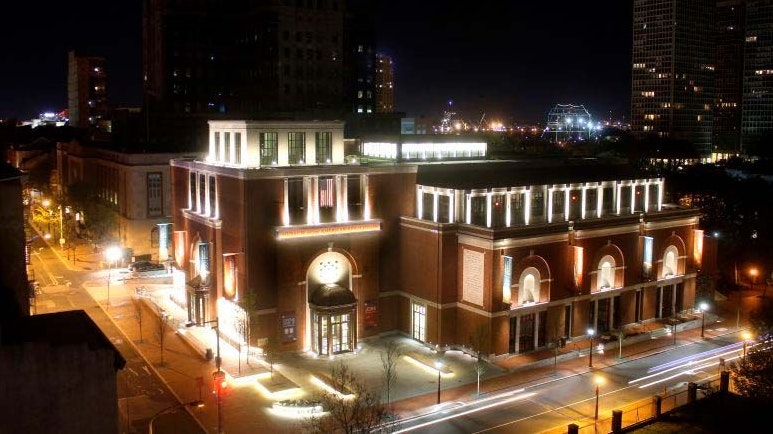 On Jan. 16, the evening will be themed around the Museum’s first special exhibit, Among His Troops: Washington’s War Tent in a Newly Discovered Watercolor. The limited-run exhibit will feature a recently discovered 235-year-old, seven-foot panoramic painting of a 1782 Continental Army encampment. It contains the only known wartime depiction of General Washington’s headquarters tent, which is dramatically presented at the Museum. Bringing together works of art, weapons, and other artifacts from the Revolutionary War, Among His Troops will explore this history surrounding this remarkable discovery.

Meet a female camp follower as well as a member of Washington’s Commander-in-Chief’s Guard, a unit of the Continental Army that protected General George Washington during the Revolutionary War. Find out who made Washington’s tent and who documented its wartime use with watercolor. Try your hand at stitching a tent in the special exhibit’s hands-on activity space and make a watercolor inspired by Pierre L’Enfant, who painted the newly discovered watercolor, in the Museum’s first-floor Rotunda.

Then test your camping knowledge – colonial to contemporary – with tabletop activities in Cross Keys Café over happy hour food and drink specials from 5 – 7 p.m. (admission to the Museum is not required to attend the happy hour). Washington’s War Tent theater will have special screenings followed by a question-and-answer session at 6 p.m., 6:30 p.m., and 7 p.m.

On Tuesday, Feb. 20, in the spirit of Valentine’s Day, a Love Letters-themed evening will explore the stories of Revolutionaries who wrote love letters, went on dates, and carved “busks” for their sweethearts to wear close to their hearts. On Tuesday, March 6, learn about the Fierce Females who rolled cartridges, sewed flags, and even disguised themselves as soldiers to fight in the American Revolution. On Thursday, April 19, the Museum will celebrate its First Anniversary by offering FREE general admission from 3 – 8 p.m. (at the door, while tickets last).