George Washington’s Headquarters Flag to be Displayed in Philadelphia for the First Time Since the Revolutionary War, Beginning Flag Day

The faded and fragile blue silk flag that marked General George Washington’s presence on the battlefield during the Revolutionary War will be on display this Flag Day, marking its first public display in Philadelphia since the war itself and its first appearance in Pennsylvania in decades. 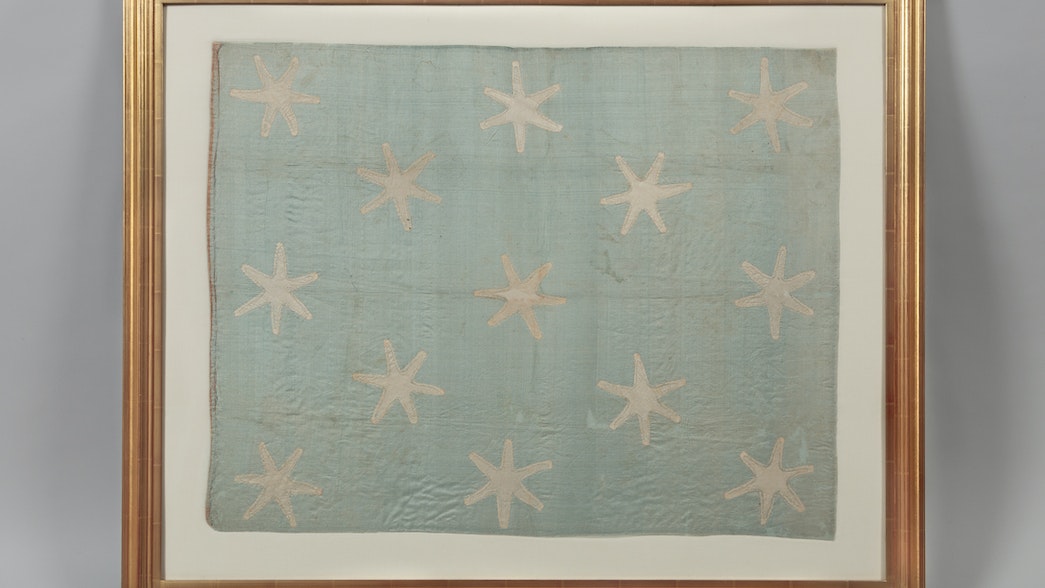 The Museum of the American Revolution will bring out of its archives the flag, known as the Commander-in-Chief’s Standard, from Flag Day, Thursday, June 14, through Father’s Day, Sunday, June 17. It will be on display in the Museum’s first-floor Patriots Gallery, and will be free with regular Museum admission. Each visitor to the Museum will receive a miniature version of the flag to take home.

The rare flag measures approximately two feet by three feet and features 13 white, six-pointed stars representing the 13 colonies on a blue field. It is believed to be the earliest surviving 13-star American flag. Due to deterioration that results from light exposure, the flag can only be displayed on special occasions.

“Revolutionary Americans adopted various symbols to represent the new republic that they created after the Declaration of Independence,” said Dr. R. Scott Stephenson, Vice President of Collections, Exhibitions and Programs for the Museum. “Washington's Standard includes a blue field with thirteen white stars representing a new constellation, which Congress adopted in 1777 as a component of the now familiar ‘Star-Spangled Banner.’”

In the early 20th century, descendants of George Washington’s sister, Betty Washington Lewis, donated the flag to the Valley Forge Historical Society. The society transferred the collection, including the Standard, to the Museum in 2003. 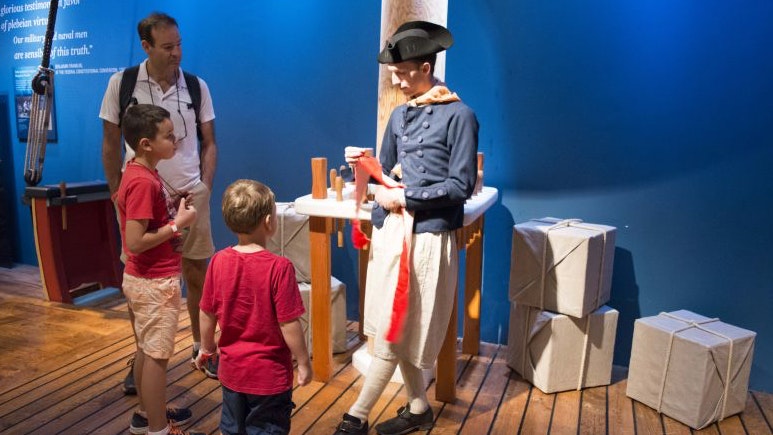 Throughout the weekend, guests can add a stitch to a reproduction of a Revolutionary flag, design their own flag, and try cutting a six-pointed star like the ones on Washington’s Standard. They can participate in a flag-themed scavenger hunt in the Museum’s galleries, and explore the Museum’s new discovery center, Revolution Place, which opens to the public on June 9.

The Museum also will display a replica of the Commander-in-Chief’s Standard, which traveled into space with astronaut John Glenn as part of the lead up to the 1999 bicentennial commemorations of Washington’s death in 1799. He and the other members of the Discovery crew traveled 3.6 million miles and orbited the earth 134 times. The flag accompanied them on the entire journey.

In the Museum’s core exhibition, visitors will see two additional rare Revolutionary-era flags that are on display. The Monmouth Flag descended in a Pennsylvania family and is one of the oldest surviving flags from the American Revolution, dating to 1775-6. It still has the British Union in the corner. The Forster Flag may be one of the earliest American flags to have been altered after the Declaration of Independence. It is clear that the British Union was removed from it and the white fabric has been reworked to create stripes.