PHILADELPHIA, APRIL 23, 2018 — The original, hand-written journal of Christopher Hawkins (1764-1837), who was captured from a privateer ship and served as a prisoner-of-war during the Revolutionary War, has been donated to the Museum of the American Revolution in Philadelphia. 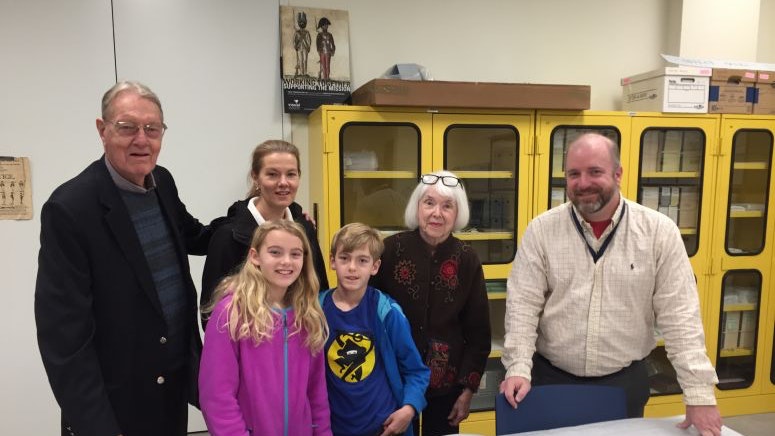 The journal was discovered nearly two decades ago in the linen closet of Margaret Hodder Davis of Kansas City, MO, a direct ancestor of Hawkins. Davis’ son Heywood (Woody) Davis and his family recently traveled to Philadelphia to donate the journal to the Museum, which is currently developing plans to display it.

“My family and I are pleased to be able to donate the manuscript of my fourth great grandfather to this impressive new museum,” said Heywood Davis. “We know the Museum will be able to take proper care of this fragile document and make it available to be seen and appreciated by their many visitors.”

Christopher Hawkins was born in Providence, Rhode Island, in 1764. His journal tells the story of how, at only 13 years of age, he joined a privateer ship in 1777 to fight the British during the Revolutionary War. He was captured and escaped from the infamous “Jersey” prison ship in New York harbor, where many other American sailors died. In the journal, he describes escaping from the Jersey by stealing an axe from the ship's cook and breaking his way through a barred porthole during a thunder storm, timing his blows with the thunder claps to mask the sound of his axe.

Hawkins wrote the journal in 1834 when he was 70 years old. In 1864, a version of Hawkins’ journal was published under the title The Adventures of Christopher Hawkins. Hawkins later became the first permanent settler in the town of Newport, New York, where he is now buried. 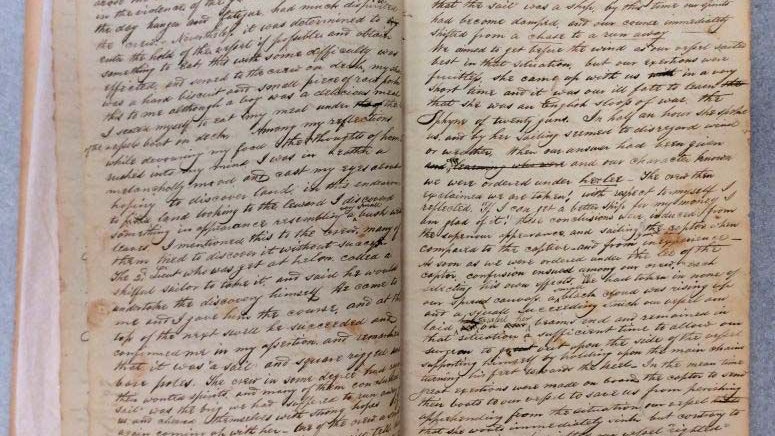 “Hawkins' account is one of the liveliest tales of the Revolutionary War from the perspective of a boy sailor that exists,” said Dr. Philip Mead, Chief Historian and Director of Curatorial Affairs at the Museum. “Until now, scholars have only known Hawkins' tale from the published version in 1864. Reading the stories from Hawkins' own hand brings the story to life in a new way. It is as close as we can get to sitting by a fireside and listening to the aging veteran tell his tale.”

An excerpt from the manuscript reads:
I was completely naked except a small hat on my head which I had brought with me from the ‘Old Jersey.’ What a situation this! Without covering to hide my naked body!, in an enemy's country, without food or means to obtain any!, and among Tories more unrelenting than the devil! more perils to encounter and nothing to aid me but the interposition of heaven. Yet I had gained an important portion of my enterprise. I had got on land, after swimming in the water two hours and an half, and a distance of perhaps two and half miles.