Dr. Friederike Baer to Launch New Book “Hessians: German Soldiers in the American Revolutionary War” at the Museum, May 12 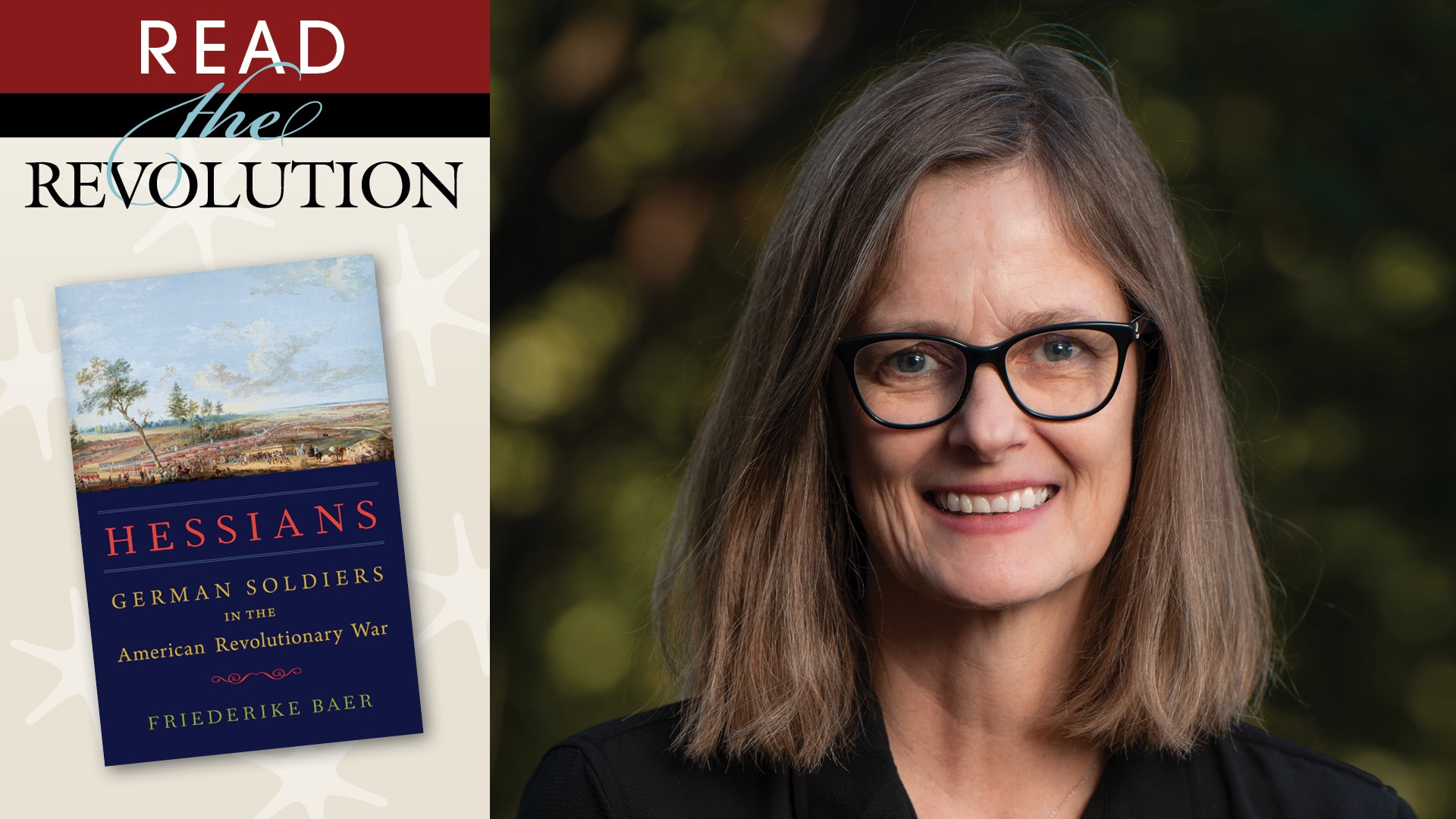 What was the Revolutionary War like for the German soldiers who fought alongside the British? Author and historian Dr. Friederike Baer will join the Museum of the American Revolution on Thursday, May 12, 2022, from 6:30 – 8 p.m. to offer a groundbreaking look at Britain's war against American independence from the perspective of German soldiers, a people uniquely positioned both in the midst of the war and at its margins. The event marks the launch of her new book Hessians: German Soldiers in the American Revolutionary War, set for release on April 29, 2022 (Editor's note: publication date is now May 13).

Part the Museum’s Read the Revolution Speaker Series, the program will be held in the Museum’s Liberty Hall and also will be broadcast live via Zoom for ticketed viewers. Following the presentation, Museum President & CEO Dr. R. Scott Stephenson will join the conversation to facilitate a live Q&A with the onsite and online audiences.

Members of the German corps penned a large volume of private and official records that pro­vide detailed accounts of the American war as well as descriptions of the built and natural environment, local customs and manners, the prevalence of slavery, and encounters with Native Americans. Baer draws heavily from these accounts in her new book, which presents an original, new look at this watershed event in world history.

Doors open at 6 p.m. for onsite guests to see a featured artifact, enjoy refreshments at a cash bar, and have the opportunity to purchase a signed copy of Baer’s book. The featured artifact on display will be a Hessian miter cap plate fragment owned by the Museum and originally found in the Delaware River in 1915, after originating from a British transport ship that sank near Philadelphia in 1778.

Health & Safety Note
Guests attending this program in person will be required to show proof of full COVID vaccination upon entry. Original CDC vaccination cards, photos, or electronic copies of the card are all acceptable forms of documentation. Proof of a negative COVID test will not be accepted. For ticket holders unable to provide proof of vaccination, a livestream link be made available. Masks will be required unless eating and drinking. Please contact the front desk at 215.253.6731 with any questions.

About Dr. Friederike Baer
Friederike Baer is Associate Professor of History and Division Head for Arts and Humanities at Pennsylvania State University, Abington College. Her research focuses on the experiences of German-speaking people in North America from the Revolutionary period to the late nineteenth century. Her publications include the monograph The Trial of Frederick Eberle: Language, Patriotism and Citizenship in Philadelphia's German Community, 1790-1830, winner of the St. Paul's, Biglerville Prize for the best book in Lutheran church history.