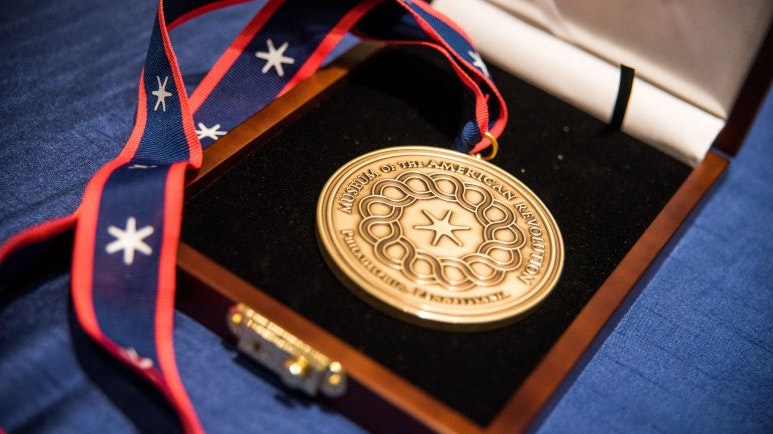 “We are thrilled to recognize Christiane Amanpour and Louise Mirrer, two revolutionary women who embody the bold spirit of the American Revolution,” said Morris W. Offit, Chairman of the Museum’s Board of Directors. “Through their trailblazing work in journalism and public history, they harness the power of history in a way that helps us understand our present and shape a better future. In this current moment, we are more aware than ever of the fragility—and the importance—of the ongoing American experiment and recognize the vital roles of journalism and museums in preserving our democracy.”

The Lenfest Award was created and endowed in 2016 by the Museum’s late Founding Chairman H.F. (Gerry) Lenfest to honor individuals who advance public awareness and understanding of history and its relevance to the ongoing American experiment. The Museum previously presented the award to documentary filmmaker Ken Burns in 2019 and Pulitzer Prize-winning author David McCullough in 2016. Bank of America is the presenting sponsor of the 2020 Lenfest Award.

“This year marks the centennial of the landmark passage of the 19th Amendment granting women the right to vote. Now, one hundred years later, as we head to the polls during these trying times, it is especially poignant that we cast our ballots in gratitude of those brave and determined citizens who worked and sacrificed so that we may justly exercise these rights today,” said Martha McGeary Snider, Museum Board Vice Chair and co-chair of the 2020 Lenfest Award. “It seems especially appropriate that we recognize these two extraordinary women for their leadership and profound commitment to advance informed and engaged citizenry; providing us with insights and inspiration to help us participate in our democracy in meaningful ways.” 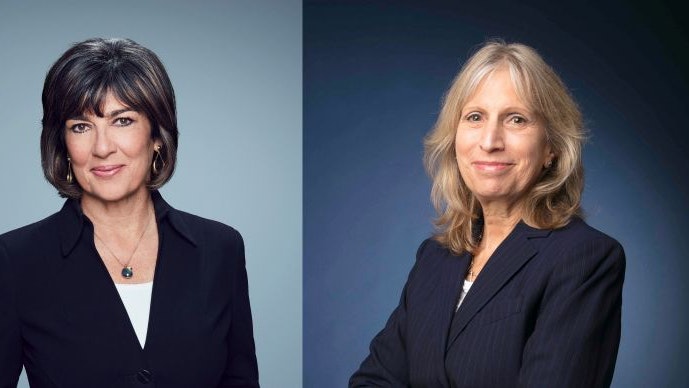 One of the world’s preeminent broadcast journalists, Christiane Amanpour has reported on major crises from many of the world's hotspots and conflict zones, including Afghanistan, Iraq, Iran, Pakistan, Somalia, Rwanda, and the U.S. during Hurricane Katrina, providing international analysis of important issues of the day. Through her work, she has fought for liberty and equality around the world by shining a light on human rights abuses, holding world leaders accountable, blazing a trail for women’s equality, and spreading democratic principles across the globe.

In her nearly two-decade tenure as President and CEO of the New-York Historical Society, Dr. Louise Mirrer has transformed the oldest museum in New York City into a vibrant, world-class destination that advances public awareness of history through its many programs and exhibitions. In 2011, Mirrer oversaw the opening of the NYHS’s DiMenna Children’s History Museum, the first history museum in the United States designed specifically for children, as well as the Center for Women's History in 2017, which reveals the untold stories of women who have shaped the American experience.

As the Museum was unable to hold a physical event, acceptance videos from Amanpour and Mirrer are now featured on a dedicated web page, alongside remarks from Museum President and CEO Dr. R. Scott Stephenson and Jim Dever, Greater Philadelphia Market President for Bank of America. It also includes a video of New York City high school student Liara Torres performing her song “The Story of Abigail Adams.” The website is free and available to all.

In addition to a medal, the award is accompanied by a $25,000 prize, which each of the recipients generously chose to donate back to the Museum in support of its mission. Proceeds from the 2020 Lenfest Award will benefit the Museum’s upcoming special exhibition When Women Lost the Vote: A Revolutionary Story, 1776 – 1807, presented by Bank of America and Comcast NBCUniversal, and other educational programs.

Bank of America is the Presenting Sponsor of the 2020 Lenfest Spirit of the American Revolution Award.

Christiane Amanpour serves as Chief International Anchor of CNN’s award-winning flagship global affairs program “Amanpour” as well as hosting “Amanpour & Company” on PBS. She is based in the network’s London bureau. Beginning in 1983 as an entry-level assistant on the international assignment desk at CNN’s headquarters in Atlanta, Amanpour rose through the organization, becoming a reporter at the New York bureau, and later, the network’s leading international correspondent. In 2009, “Amanpour” was launched, and the primetime interview program has seen Amanpour speak to a host of leaders and decisionmakers on the issues affecting the world today.

In addition to her work as an anchor and reporter, Amanpour is an active rights campaigner. A board member of the Committee to Protect Journalists, the Centre for Public Integrity, and the International Women’s Media Foundation, she has used her profile to raise awareness of key global issues and journalists’ rights. Amanpour has earned every major television journalism award including 12 News and Documentary Emmy Awards, four Peabody Awards, two George Polk Awards, three duPont-Columbia Awards and the Courage in Journalism Award. She has received nine honorary degrees, has been named a CBE and was inducted into the Cable Hall of Fame in 2018. She is an honorary citizen of Sarajevo and a UNESCO Goodwill Ambassador for Freedom of the Press and the Safety of Journalists.

Dr. Louise Mirrer is President and Chief Executive Officer of the New-York Historical Society, responsible for all exhibitions, programs, activities, and administrative functions. Under her guidance, NYHS completed an $80 million renovation in 2011. In 2017, NYHS launched the first-ever Center for Women’s History within the walls of a museum, as part of the institution’s $32 million, fourth-floor renovation. Mirrer has authored four books and numerous articles in the humanities, including Women, Muslims, and Jews in the Texts of Reconquest Castile (published: University of Michigan Press). She has been Professor in History and Literature departments at Fordham University, University of California-Los Angeles, University of Minnesota-Twin Cities, and the CUNY Graduate Center. She served as an academic administrator for more than 20 years. Mirrer previously served as Vice Provost for Arts, Sciences and Engineering at the University of Minnesota-Twin Cities and Executive Vice Chancellor for Academic Affairs at the CiUniversity of New York. Mirrer holds a double Ph.D. in Spanish and Humanities from Stanford University.

Mirrer was inducted into the Crain’s New York Business Hall of Fame in 2018 and became a Member of the Council on Foreign Relations in 2017. In recent years, she has been honored with the Officer’s Cross in the Order of Civil Merit, Spanish Crown, 2017; Beacon Award, The Trustees’ Council of Penn Women, 2017; the Medal of Merit, Saint Nicholas Society of the City of New York, 2016; and Doctor of Letters, Honoris Causa, Marymount College, 2016.

About Bank of America

At Bank of America, we’re guided by a common purpose to help make financial lives better, through the power of every connection. We’re delivering on this through responsible growth with a focus on our environmental, social and governance (ESG) leadership. ESG is embedded across our eight lines of business and reflects how we help fuel the global economy, build trust and credibility, and represent a company that people want to work for, invest in and do business with. It’s demonstrated in the inclusive and supportive workplace we create for our employees, the responsible products and services we offer our clients, and the impact we make around the world in helping local economies thrive. An important part of this work is forming strong partnerships with nonprofits and advocacy groups, such as community, consumer and environmental organizations, to bring together our collective networks and expertise to achieve greater impact. Learn more at about.bankofamerica.com and connect with us on Twitter at @BofA_News.