PHILADELPHIA, JUNE 1, 2017 — This Father’s Day, celebrate your “founding father” at the Museum of the American Revolution with presentations on Revolutionary-era arsenal, a performance and demonstration by a historical musician, and artifacts and exhibits highlighting father figures who played a role in the Revolution. 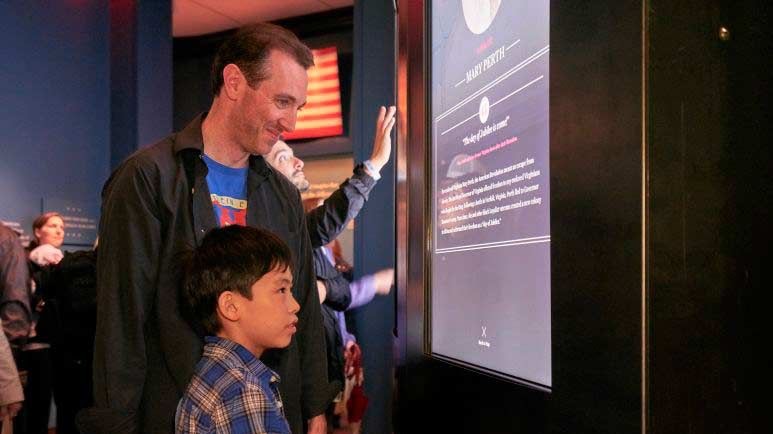 On Sunday, June 18, from 9 – 11 a.m., museum members are invited to enjoy donuts and coffee in the Museum’s Patriots Gallery with our nation’s most prominent founding father, General George Washington. Members can RSVP by emailing [email protected].

At 10 a.m. and 2 p.m., Assistant Curator Matthew Skic will discuss how Philadelphia transformed into an “arsenal of liberty” during the Revolutionary War. Focusing on three individuals – gunsmith Thomas Palmer, blacksmith Jacob Eckfelt, and flagmaker Rebecca Flower Young – the 30-minute presentation will explore how the American Army was supplied by Philadelphia craftspeople and local businesses. After the presentation in the Museum’s Liberty Hall, guests will be invited to handle reproductions of historic objects, including a musket and a bayonet.

From 11 a.m. – 3 p.m., learn the basics of the drills – and the music – that shaped Revolutionary War battlefield experiences in the Museum’s Patriots Gallery as an historical musician in period costume demonstrates drumming skills. Family-friendly activities will include learning how to roll a cartridge as well as designing a flag to learn about how symbols are used to define a nation. 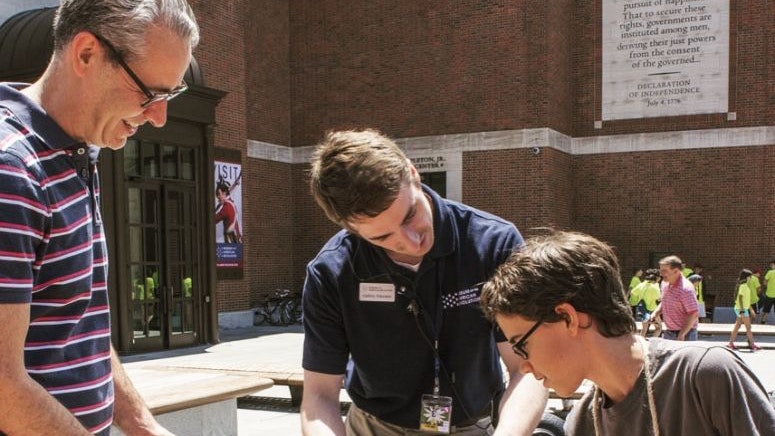 Throughout the weekend, visitors can explore stories about fathers, sons, and daughters in the Museum’s exhibits. Highlights include a pair of baby booties that were made for the child of Sgt. James Davenport from the pilfered coat of a British soldier; a painting of the Battle of Princeton by William Mercer, depicting the death of his father, General Hugh Mercer, in the background; and sail-making tools such as those used by 14-year-old free African American James Forten, whose father encouraged him to pursue the sail-making trade. At mobile Discovery Carts in the Oneida Indian Nation Atrium and Liberty Hall, the Museum’s educational staff will display and discuss objects and documents related to these stories.

General admission tickets can be purchased here and are $19 for adults; $17 for seniors, students, and active or retired military; and $12 for children ages 6 and up. Children ages 5 and under are free. All tickets are valid for two consecutive days. Group tickets for parties of 15 or more are currently available for a discounted price by calling 267.858.3308. Memberships are available for purchase here or by calling 215.454.2030. Gift memberships are also available.