PHILADELPHIA, MAY 4, 2017 — From Abigail Adams and Martha Washington to Elizabeth “Mumbet” Freeman, an enslaved woman who sued for her freedom, women played integral roles in the American Revolution. This Mother's Day, the Museum of the American Revolution will celebrate Revolutionary women with a Mother’s Day Tea on Sunday, May 14 from 1 – 3 p.m. 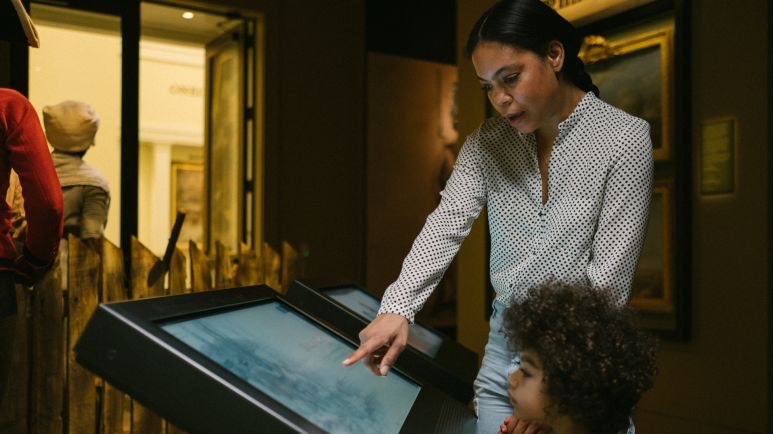 Guests will enjoy an elegant afternoon tea, including fresh scones with currants and lemon zest, served with clotted cream and jam; petit fours; an assortment of French macarons; and the chef’s selection of miniature tea sandwiches in the Museum’s Liberty Hall. A special collection of antique schoolgirl samplers, courtesy of M. Finkel & Daughter, will be on display. Following the tea, guests will be invited to tour the Museum’s exhibits to learn more about the nation’s Founding Mothers. Each child will take home a keepsake miniature cross stich sampler.

Tickets are available for purchase here. Adult tickets are $45, youth (ages 6-17) are $35, and children 5 and under are $10. Admission to the Museum is included. Members receive a discounted rate and can purchase tickets here.

The Museum’s core exhibition explores the personal stories of the diverse range of individuals who were part of establishing our nation, expanding visitors’ understanding of the “founding generation.” Artifacts that reflect the contributions of women to the American Revolution include an intricately carved busk (corset piece); a signed 1773 volume “Poems on Various Subjects” by Phillis Wheatley, the first published female African American poet; and a religious book owned and signed by Martha Washington.

Another gallery explores Abigail Adams’ letter to her husband on March 31, 1776, requesting that women not be forgotten in the Revolution. One of the Museum’s tableaux, or recreated historical scenes, depicts a camp follower and her daughter, a reminder that the wives and children of Continental soldiers often accompanied the army. In one of the Museum’s final galleries, visitors can try their hand at an early American stitching lesson through an interactive “sampler” station in a gallery that explores the role mothers played in educating children about the ideals of the new republic.