Celebrate July 4th Weekend at the Museum of the American Revolution

PHILADELPHIA, JUNE 12, 2017 — The words of the Declaration of Independence changed the world. The effects of this revolutionary document continue to reverberate today, inspiring more than 100 similar declarations of human rights and self-government around the world. 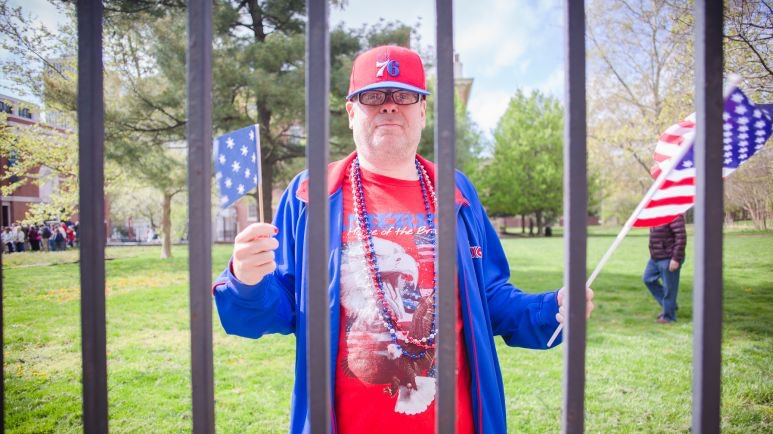 “The American Revolution is one of the greatest stories in human history and Philadelphia was its headquarters – the command center – where so many iconic moments took place,” said Michael Quinn, Museum President and CEO. “There is no better place to celebrate the birth of our nation and learn the inspiring – and often surprising – stories behind how it came to be.”

From July 1 – 4, the Museum will celebrate with music, family-friendly activities, and costumed historical interpreters, including Thomas Jefferson, the original author of the Declaration, who will meet-and-greet visitors on July 1 from Noon to 3 p.m. In the Museum’s Patriots Gallery from 10 a.m. – 5 p.m. daily, kids can try on Revolutionary-inspired clothing, design a flag, and make a sash like the one worn by General George Washington to take home. 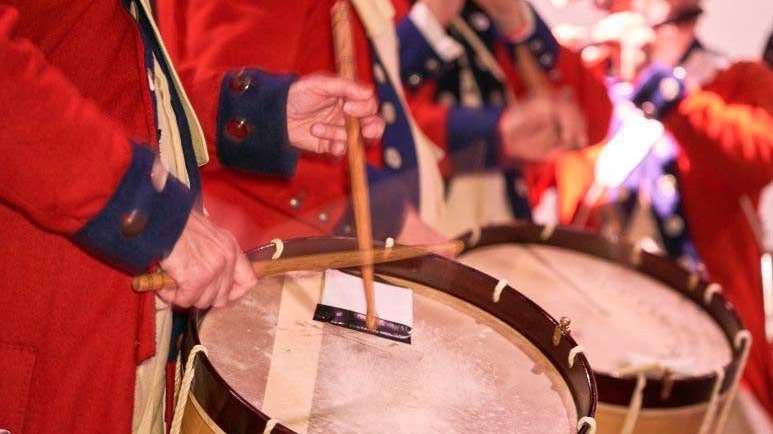 Throughout the weekend, visitors can sign their name to a giant Declaration of Independence in the Museum’s rotunda and take home a complimentary pocket Declaration as a souvenir. They also will receive a miniature version of Washington’s Standard flag, which marked the Commander-in-Chief’s headquarters during the Revolutionary War.

On July 1, the Museum’s Cross Keys Café will host an “Independence Ice Cream Social” from 5 p.m. – 7 p.m., featuring ice cream and adult milkshakes by Philadelphia’s own The Franklin Fountain in partnership with QC Malt beverages. On July 2, the date that Continental Congress declared independence from Great Britain, at 1 p.m., visitors can enjoy birthday cake celebrating the country’s 241st birthday. On July 3, the Old Barracks Fife and Drum Corps will perform on the Museum’s outdoor plaza from Noon – 3 p.m. On July 4, a balloon artist will be creating Revolution-inspired designs free for kids from Noon - 3 p.m.

On July 2 at 10:30 a.m. and 1:30 p.m., Dr. Philip Mead, the Museum's Chief Historian and Director of Curatorial Affairs, will present a 30-minute talk in Patriots Gallery, entitled "The declarations before the Declaration." He will discuss how, in the months before the Continental Congress adopted the Declaration of Independence on July 4, 1776, many Americans declared their support for independence, while others stood with King George III. Mead will introduce visitors to Pennsylvania militias, a South Carolina judge, enslaved people in Virginia, and farmers and merchants in Massachusetts whose own declarations influenced the famous document we celebrate on Independence Day.

After exploring the Museum’s exhibits, visitors can ponder the question “Would I have joined the mob to pull down the statue of King George in 1776?” Visitors will cast their vote to see where they stand among other visitors.

In a mini-theater that evokes the inside of Independence Hall, visitors will find themselves amid the unfolding debate and decision-making that took place in the weeks leading up to the adoption of the Declaration during a short film entitled “The Authors of Independence.” Through an interactive touchscreen installation, visitors will learn about the 88 local declarations of support for independence that preceded the one issued by the Continental Congress. The gallery also features a wall that explores what “the promise of equality” meant for all people, including women, enslaved people, and laboring men. 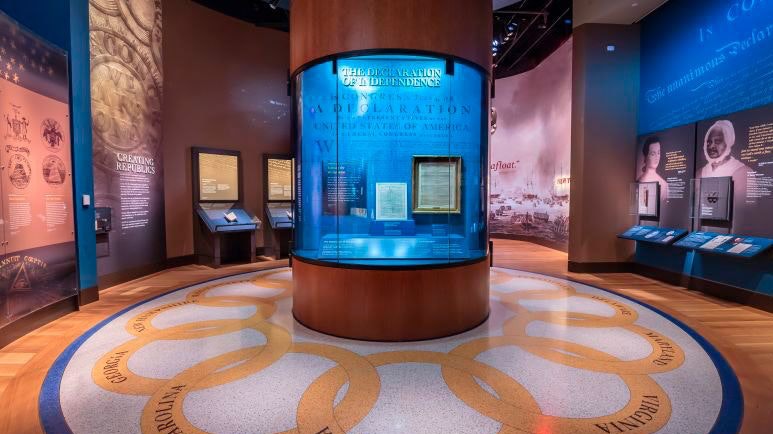 General admission tickets can be purchased here and are $19 for adults; $17 for seniors, students, and active or retired military; and $12 for children ages 6 and up. Children ages 5 and under are free. All tickets are valid for two consecutive days. Group tickets for parties of 15 or more are currently available for a discounted price by calling 267.858.3308. Memberships are also available for purchase here or by calling 215.454.2030.