Sign a Giant Birthday Card, Enjoy a Slice of Cake, and Have Breakfast with George Washington

Presidents Day was first celebrated in 1879 to commemorate the birthday of George Washington, our nation’s first president. This year, the Museum of the American Revolution will celebrate Washington’s 287th birthday with festivities throughout Presidents Day Weekend, Saturday, Feb. 16 – Monday, Feb. 18, 2019. 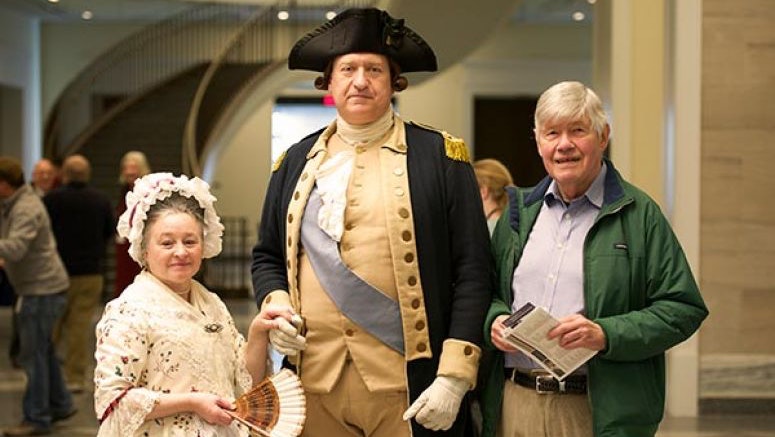 Also on Sunday, Feb. 17, visitors can enjoy Breakfast with George Washington in the Museum’s Liberty Hall, which includes a delicious breakfast buffet, courtesy of Brûlée Catering, in the Museum’s elegant Liberty Hall. At the breakfast, a General Washington historical interpreter will meet and greet guests while they dine on an assortment of muffins, bagels, mini quiches, and more. Seatings are at 10 a.m. and 11:30 a.m. Tickets for the breakfast (which include Museum admission) are $50 for adults, $25 for children, and $40 for members and are available for purchase here.

Throughout the holiday weekend, visitors can try on 1790s clothing in the Museum’s special hands-on Hamilton Was Here: Rising Up in Revolutionary Philadelphia exhibit to visit a recreated scene from Washington’s first presidential home, which was located only blocks away from the Museum. The exhibit is free with regular museum admission and is on display through March 17. 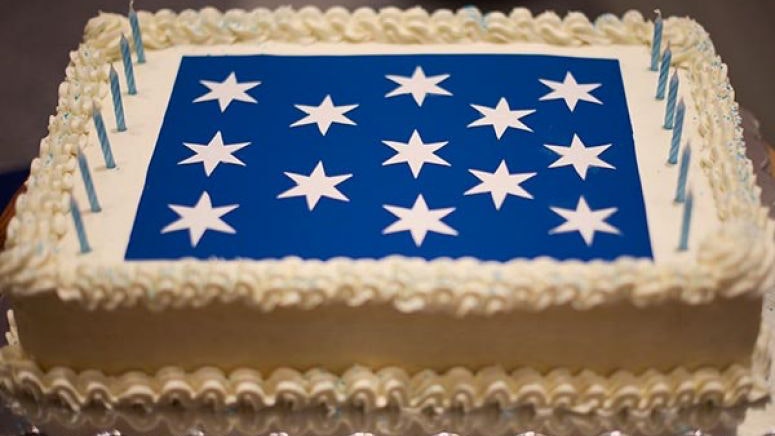 At an interactive Discovery Cart from 11 a.m. – 3 p.m., visitors can learn the story of Harry Washington, who escaped from Mount Vernon and found freedom by fighting as a loyalist in the Revolutionary War. To coincide with the Philadelphia Tattoo Arts Convention, join an educator abroad the Museum’s replica privateer sloop and get your own (temporary) Revolutionary tattoo of Washington’s star.

On Saturday and Sunday from 11 a.m. – 3 p.m. at a “History in the Making” station in the Museum’s rotunda, visitors can make their own button to take home, inspired by Washington’s inaugural buttons that are on display in the Museum.

In the Museum’s core exhibit, visitors can see Washington’s War Tent, a dramatic presentation of the field tent that served as Washington’s wartime headquarters, as well as his silver camp cups and portmanteau.

Visitors also can view a sword that belonged to Washington, on loan from a private lender, which was made in Philadelphia in 1770 and used during the early years of the Revolutionary War. The sword is displayed alongside a hand-painted copy (ca. 1778) of Peale’s portrait of Washington. Peale’s portrait was one of the first images of the Commander-in-Chief during the war.