Best-Selling Author and Journalist Cokie Roberts to Discuss New Book on the Women of the Civil War, April 27

Philadelphia, PA, April 1, 2016— Proving the old adage that “behind every great man is a great woman,” best-selling author, journalist and political commentator Cokie Roberts will explore the lives of the wives, sisters, and female friends of the men leading America into — and through — the Civil War at the Historical Society of Pennsylvania on Wednesday, April 27. The discussion is based on her most recent book, Capital Dames: The Civil War and the Women of Washington, 1848-1868, a follow-up to her best-sellers Founding Mothers and Ladies of Liberty.

The program is co-sponsored by the Museum of the American Revolution and The Philadelphia Society for the Preservation of Landmarks. It will take place from 6-7 p.m. at the Historical Society of Pennsylvania, located at 1300 Locust Street, Philadelphia. 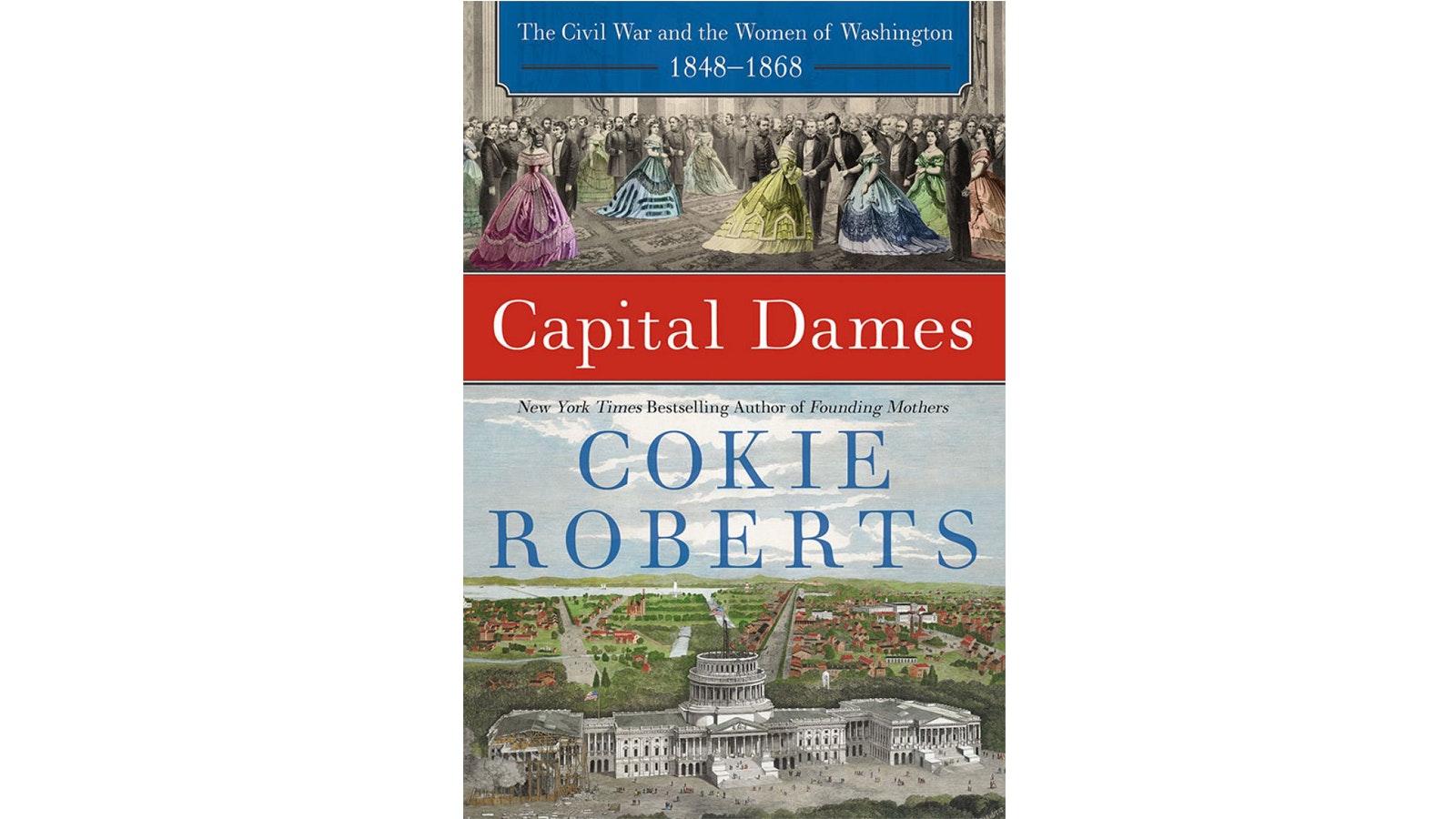 Admission is free for members of HSP and The Philadelphia Society for the Preservation of Landmarks and $15 for nonmembers. To register, click here or visit hsp.org/calendar. Books will be available for sale after the lecture.

In Capital Dames, Roberts explores how the war led these “belles” of Washington society to blossom into suffragists, journalists, social activists, and philanthropists, engaging with the issues of the day on their own terms and, along with the women who worked in and influenced the government, transforming a sleepy, social Southern city into a place of power and action.

Roberts commemorates these remarkable women and their achievements in a riveting narrative that, drawing heavily on their intimate and professional correspondence, brings them to life in their own words, and tracks them through the newspaper accounts at the time. Against the dramatic backdrop of the Douglas–Lincoln debates, John Brown’s raid on Harpers Ferry, and costly battlefield confrontations, she delves deeper into the contributions and legacies of familiar figures like nurse Clara Barton; the seamstress and social activist, former slave Elizabeth Keckley; and First Ladies Harriet Lane and Mary Todd Lincoln, painting a colorful portrait of their time in rapidly changing Washington.

Into this compelling cast of characters she introduces equally captivating, but lesser-known, women such as fearless propagandist and Constitutional theorist Anna Ella Carroll; the First Lady of the Confederacy, Varina Howell Davis, whose ambivalence towards the war drove her efforts to reconcile leaders of the North and South; and Confederate spy Rose Greenhow, to whom Jefferson Davis credited his success at the First Battle of Bull Run.

With a lifetime of experience in the thick of Washington politics and a deep and abiding interest in the role women have played in American history, Roberts has a singular perspective and is perfectly placed to reassess the importance of women in shaping our country. In her unfailingly erudite yet conversational and lively style, she celebrates her cast — some two dozen strong — of “sometimes fierce, sometimes funny, and almost always formidable women.”

Cokie Roberts is a political commentator for ABC News, providing analysis for all network news programming, as well as for NPR. From 1996-2002 she and Sam Donaldson co-anchored the weekly ABC interview program “This Week.” In her more than 40 years in broadcasting, she has won countless awards, including three Emmys. She has been inducted into the Broadcasting and Cable Hall of Fame, and was cited by the American Women in Radio and Television as one of the 50 greatest women in the history of broadcasting.

In addition to her appearances on the airwaves, Roberts, along with her husband, Steve Roberts, writes a weekly column syndicated in newspapers around the country. Together they wrote From This Day Forward, an account of their more than 40 year marriage and other marriages in American history. The book immediately hit the New York Times Bestseller list, following Roberts’ number one bestseller, We Are Our Mothers’ Daughters, an account of women’s roles and relationships throughout American history. Her later books, Founding Mothers and Ladies of Liberty (published in 2004 and 2008, respectively), also became instant bestsellers.

Roberts holds more than 20 honorary degrees, serves on the boards of several nonprofit institutions, and on the President’s Commission on Service and Civic Participation. In 2008, the Library of Congress named her a “Living Legend,” one of the very few Americans to have attained that honor. She is the mother of two and grandmother of six.

About The Historical Society of Pennsylvania

The Historical Society of Pennsylvania (HSP) is a provider of education and information for the people of Philadelphia and beyond. With over 21 million documents – including manuscripts, graphics, and ephemera – HSP serves more than 4,000 on-site researchers annually and millions more around the globe who use its resources online. HSP offers extensive online resources including digital collections, curricular materials, and hosts educator workshops, public programs and lectures throughout the year. HSP is also a chief center for the documentation and study of ethnic communities and immigrant experiences in the 20th-century, and one of the largest family history libraries in the nation. For more information, visit http://www.hsp.org.

The Museum of the American Revolution, under construction now in Philadelphia, with an opening date of spring 2017, will explore the complete story of the American Revolution using its distinguished collection of objects, artifacts, artwork, and manuscripts. Located just steps away from Independence Hall, Carpenters' Hall, Franklin Court, and the Tomb of the Unknown Soldier of the Revolution, the Museum will serve as a portal to the region’s many Revolutionary sites, sparking interest, providing context and encouraging exploration. Permanent and special exhibition galleries, theaters, and large-scale tableaux will bring to life the original “greatest generation,” and engage people in the history and continuing relevance of the American Revolution. The Museum is a private, non-profit organization. For more information, visit www.AmRevMuseum.org or call toll free, 877-740-1776.

About The Philadelphia Society for the Preservation of Landmarks

The Philadelphia Society for the Preservation of Landmarks inspires people to engage with history by preserving our unique historic sites and by providing related historical, educational and cultural programming. Learn more at http://www.philalandmarks.org/.