Author and Historian William Hogeland to Discuss “Hamilton’s Hub” and the Legacy of the First Bank of the United States, October 18 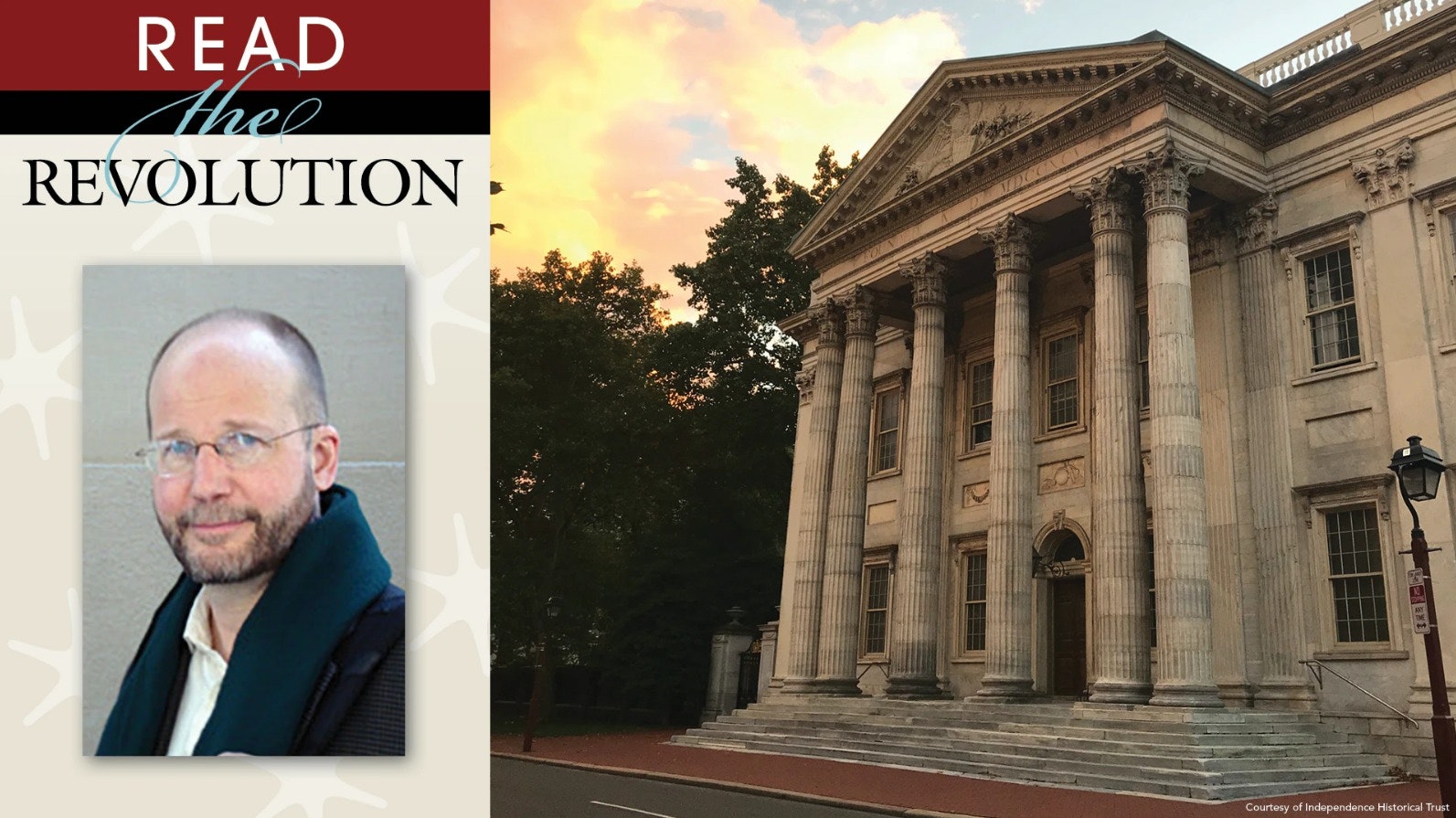 On Tuesday, October 18, 2022, at 6:30 p.m., author and historian William Hogeland will join the Museum of the American Revolution to present a lecture titled “Hamilton's Hub: The First Bank of the U.S. in the Creation of the American Economy.” Hogeland will discuss the establishment of the First Bank of the United States, which was the hub of the comprehensive system of national finance created by the first U.S. Treasury secretary, Alexander Hamilton, as well as the bank’s relevance today. The hybrid event is part of the Museum’s Read the Revolution Speaker Series.

The program will be held in the Museum’s Liberty Hall and will be broadcast live via Zoom. Following the presentation, Museum President & CEO Dr. R. Scott Stephenson will join the conversation to facilitate a live Q&A with the onsite and online audiences.

The First Bank, the country’s first national financial institution, was completed in 1797 and is located directly across from the Museum on Third Street. The First Bank was crucial to Hamilton’s financial system. As developed from the ideas of his mentor, the great Philadelphia merchant Robert Morris, the system combined funding the public war debt on a long-term basis, via national taxation, with growing and consolidating the debt by assuming the states’ debts in the national obligation. The bank was that system’s hub, and while it withstood two threatened crashes during Hamilton’s tenure, his opponents Thomas Jefferson and James Madison excoriated its existence as unconstitutional. In 1801, when they came to power, the new agenda was to dismantle Hamilton’s entire system.

Drawing both on his 2012 book Founding Finance and his narrative trilogy The Whiskey Rebellion, Declaration, and Autumn of the Black Snake, Hogeland will trace conflicts and alliances among Hamilton, Jefferson, Madison, Gallatin, and ordinary people who had financial ideas of their own; connect those conflicts to ensuing generations’ decisions regarding debt, speculation, foreclosures, and taxation; and reveal the startling relevance of founding American struggles over economics to our political struggles today.

About William Hogeland
William Hogeland is the author of the narrative trilogy The Whiskey Rebellion, Declaration, and Autumn of the Black Snake, as well as the expository work Founding Finance and a collection of essays, Inventing American History. Born in Virginia, he was raised in Brooklyn, New York, where he currently lives.