In 1942, African American World War II veteran John Edward James, Jr. was denied his commission as second lieutenant because of the color of his skin. More than 75 years later, the government is finally making amends. 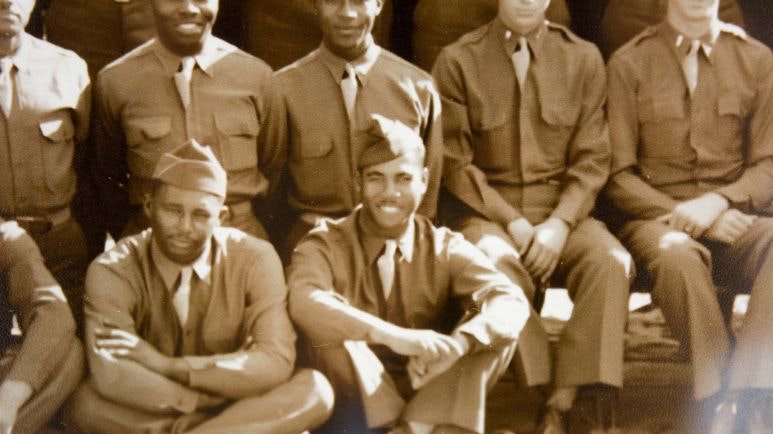 On Friday, June 29, 2018 at 2 p.m., James will officially receive his commission at a ceremony at Philadelphia’s Museum of the American Revolution. The event will feature remarks from U.S. Senator Bob Casey of Pennsylvania, who helped to appeal Mr. James’ case, as well as U.S. Army representatives. Museum Chairman and Acting CEO General John Jumper, a retired four-star United States Air Force General, will administer the oath. Colors will be posted by guards from the Sons of the Revolution and Sons of the American Revolution, of which James is a member.

In 1942, James completed officer candidate training at The Infantry School at Fort Benning, Georgia – one of 21 men of color in his graduating class of 200. Most of the men of color received their commissions and were sent to all-black units. However, James was assigned to the 242nd Quartermaster Battalion, where his commission as second lieutenant would have put him in charge of white officers, so he was denied his commission and remained a private. 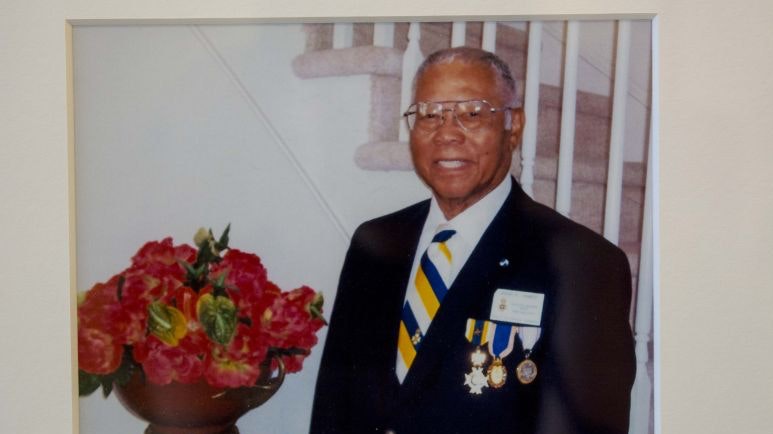 In 2015, James’ daughter Marion Lane, a board member of the Museum of the American Revolution, began appealing the U.S. Army to have his records corrected. Her appeal was denied because James’ official military personnel records had been destroyed in a 1973 fire at the National Personnel Records Center along with an estimated 16-18 million other Army and Air Force files.

Following these initial denials, the James family reached out to Senator Casey. The Senator and his team placed an official inquiry on their behalf and began a three-year push to ensure that the Army revisited the matter. In February 2018, the request was denied again. Senator Casey’s team elevated the matter to Deputy Assistant Secretary of the Army to share the Senator’s concerns as well as petition for further consideration. In April 2018, the Senator was notified by the Deputy Assistant Secretary of the Army that the Army would approve James’ commission, dating back to 1942. On April 25, the certificate of promotion and the DD Form 215 was delivered.

“Mr. James recognition as a Second Lieutenant is long overdue,” said Senator Bob Casey. “While it’s impossible to go back in time, this measure serves to right years of wrongs. I’m proud of the work we’ve done to ensure that this American hero is honored for his sacrifice in the appropriate way and look forward to honoring his legacy for years to come. I applaud the Department of the Army for their thoughtful consideration and hope that they continue to work to ensure that this has not happened to any other patriot.”

“When I was growing up, my father never spoke of his military service because it was too painful,” said Marion Lane, James’ daughter. “In 2001, I found a photo of his graduation from officer candidate school and he told me to throw it away because it meant nothing. Now he is on Cloud 9 – he never, ever thought he would see this day. For me, this is proof that we are priviledged to live in a country where injustice can be rectified.”

James, who turned 98 years old on June 15, has lived in the Penrose Park neighborhood of Philadelphia since 1963. After being discharged from Army, James attened mortuary school with the help of the G.I. Bill. He worked for the U.S. Postal Service until he retired in 1976.

James descends from a long line of men who served in the military, dating back to the American Revolution during which his great-great-great grandfather served as a sergeant and was at the Valley Forge encampment in 1777-78. In addition to the Sons of the American Revolution and the Sons of the Revolution, James is a member of the Society of Descendants of Washington’s Army at Valley Forge.

“We are honored to host this momentous and long-overdue event at the Museum of the American Revolution,” said General John P. Jumper, Chairman of the Museum’s Board of Directors. “African American men have had a long history of having to fight for their right to fight for our country, dating back to the Revolutionary War. The Museum’s exhibits lift up these stories that have so often gone untold and give them the recognition that they – like Mr. James – deserve.”