Then join Hand in Hand, brave Americans all, by uniting we stand, by dividing we fall, in so righteous a cause let us hope to succeed!  (“The Liberty Song,” 1768) 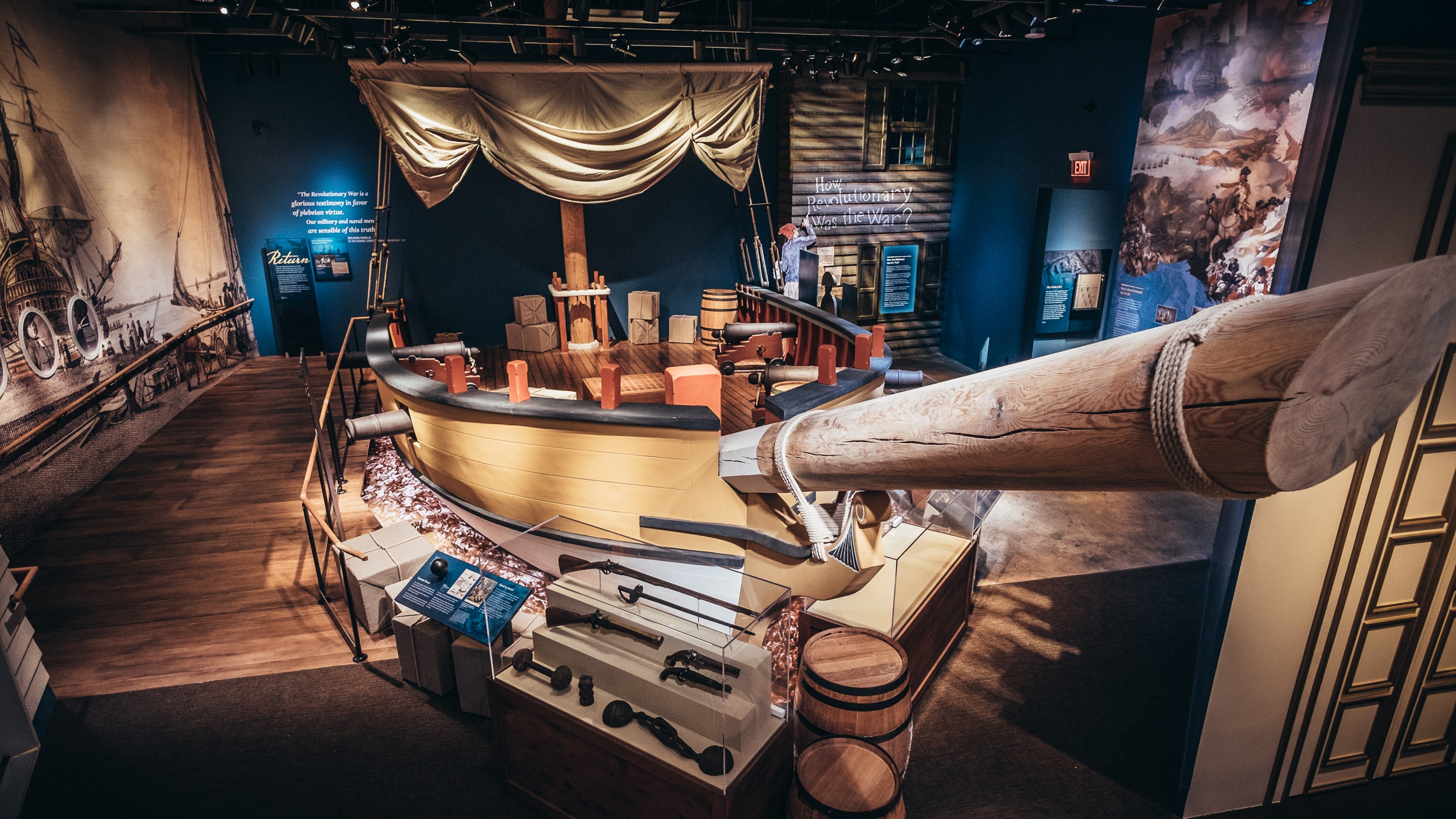 The Sailors and Sea Shanties-themed evening is part of the Museum’s monthly History After Hours series, which features extended evening hours, special themed programs, happy hour food and drink specials in Cross Keys Café from 5 – 7 p.m., and full access to the Museum’s exhibits. Tickets for History After Hours are $10 and can be purchased online in advance here or at the door.

Boatbuilder and maritime historian Gabe Christy will perform a live woodworking demonstration in the Museum’s Rotunda during the event. Christy, who was part of the team from the Independence Seaport Museum that constructed the Museum’s replica privateer ship, will create a 20-foot long topsail spar – the long pole that carried the ship's topsail – which will be used on the replica ship later this year, allowing the sail to be raised and lowered and making the ship more interactive. Nearby, Tyler Putman, the Museum’s Manager of Gallery Education, will demonstrate sail-making and discuss the history and significance of this craft.

In the Museum’s galleries, visitors can board the life-size replica ship to discover the stories of those who took part in the Revolution on the high seas, such as the thousands of everyday merchants, fishermen, and artisans who would have joined a privateer. An educator will show visitors how to load replica cannons on deck and teach visitors to tie knots.

Nearby, guests can lift a 12-pound replica cannon ball or examine the original telescope that belonged to the “father of the United States Navy” Captain John Paul Jones among the cases displaying naval artifacts, including tools used for ship maintenance and weapons commonly used by sailors, including chain shot, bar shot and grapeshot.

In Cross Keys Café and on the privateer ship, Gallery Educator Ryan Schwartz will lead a sing-along of sea shanties, commonly sung by laboring sailors, for guests from 5 – 7:30 p.m. Throughout the evening, guests can create their own origami paper ships, complete with a mast, bowsprit and sails in the Rotunda. At a temporary tattoo station, visitors can choose from two historically inspired tattoos: a mermaid and an anchor.

United By Blue, an outdoor brand focused on ocean conservation, will have a table with information about their upcoming river clean-up project as well as merchandise available for purchase. For every product sold, United By Blue removes one pound of trash from oceans and waterways. All apparel and accessories are responsibly made using sustainable materials such as organic cotton, recycled polyester, and bison fiber. United By Blue products can be found in more than 700 outlets nationally and in stores in Philadelphia and Manhattan.

Looking ahead, upcoming History After Hours events include: