Thanks a Million! Museum of the American Revolution Welcomes One Millionth Visitor Huzzah! On Thursday afternoon, the Museum of the American Revolution in historic Old City, Philadelphia, welcomed its one millionth visitor since opening to the public on April 19, 2017, the 242nd anniversary of the "shot heard 'round the world" at Old North Bridge that ignited the Revolutionary War.

Jacob B. from Minnesota, the millionth visitor through the Museum doors, received a free Family Membership to the Museum, a bag of Museum souvenirs, and other surprises. Jacob had walked past the Museum a number of times on his previous visits to Philadelphia and always wanted to stop in. On Thursday, he finally did. 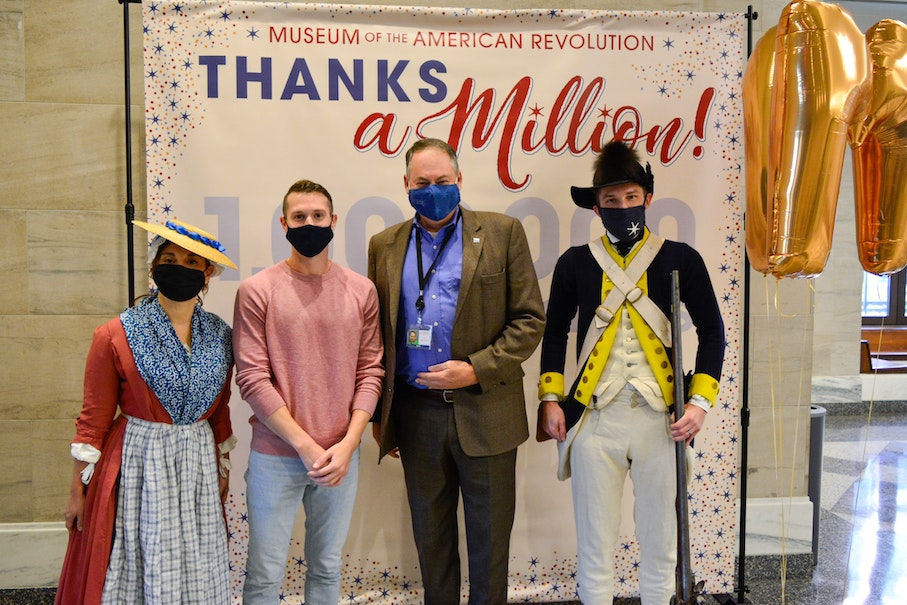 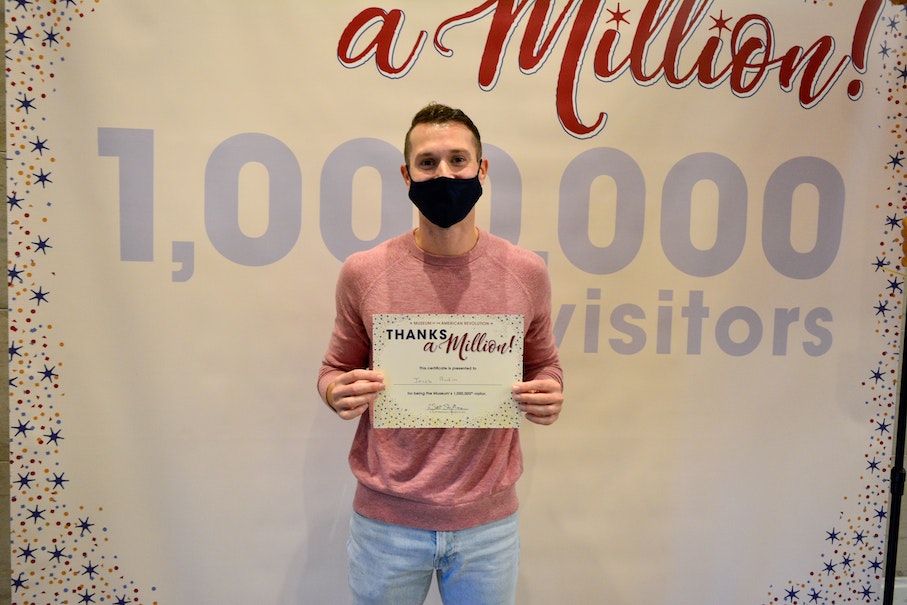 2/5
Millionth visitor Jacob B. takes a photo with his official Museum certificate. 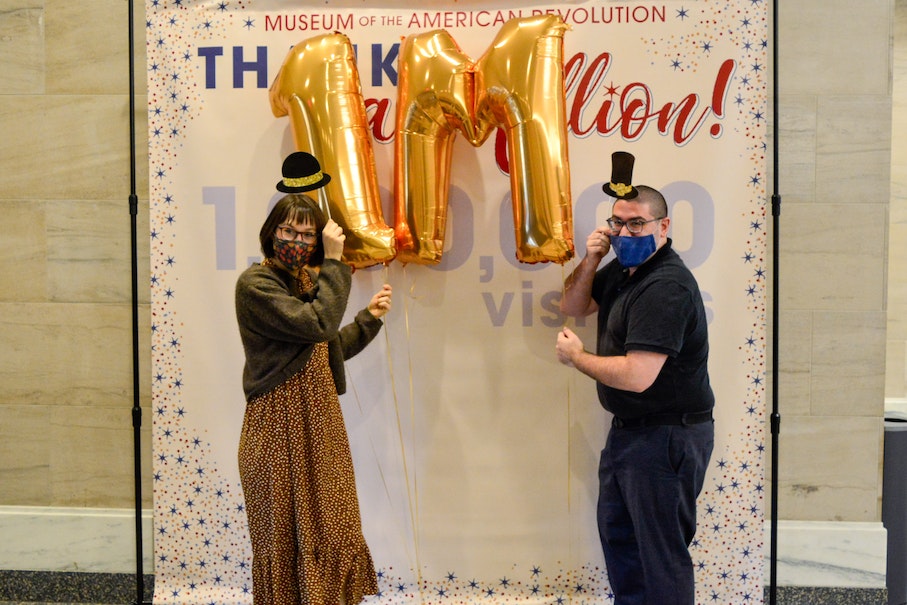 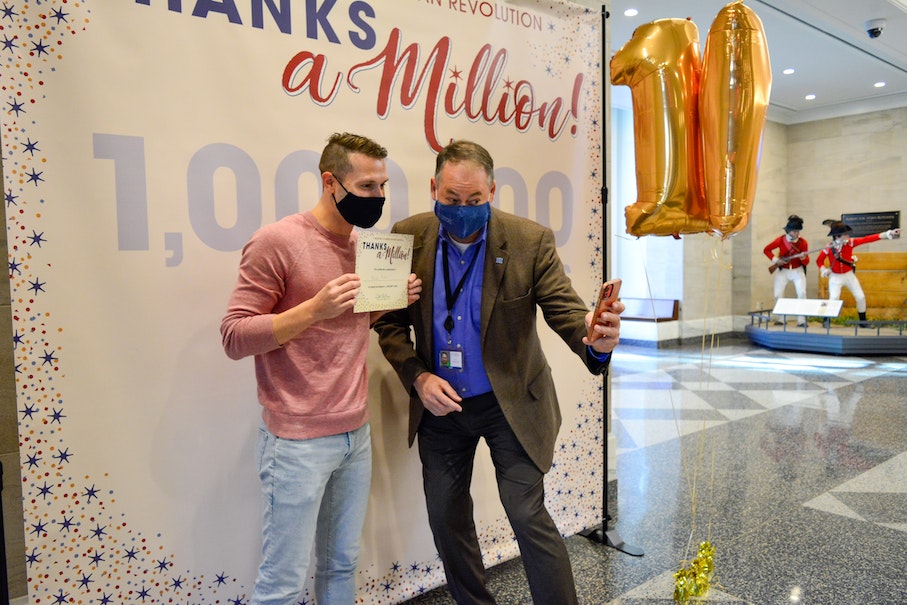 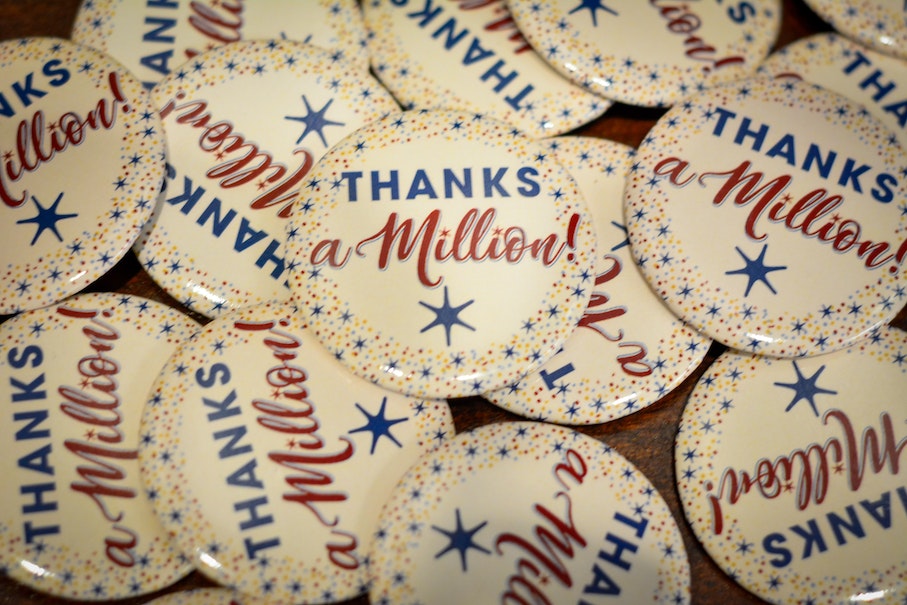 5/5
Thanks a million! millionth visitor buttons to be given out over the celebration weekend.

As a thank you, all visitors to the Museum throughout the weekend are invited to celebrate with us by posing at a celebratory photo booth in the Museum lobby and receive a free “Thanks a Million!” button to wear home. Share your favorite Museum memory with us on Facebook, Instagram, and Twitter with the tags @AmRevMuseum and #HowRevolutionary.

More than a century in the making, the Museum features an expansive collection of Revolutionary-era artifacts, immersive galleries, powerful theater experiences, and dynamic programs that make history come alive for visitors of all ages. One million visitors from around the world have now experience its nuanced, “warts and all” (New York Times) telling of the American Revolution, while millions more have experienced its rich, complex, and inspiring story through virtual programs and resources.