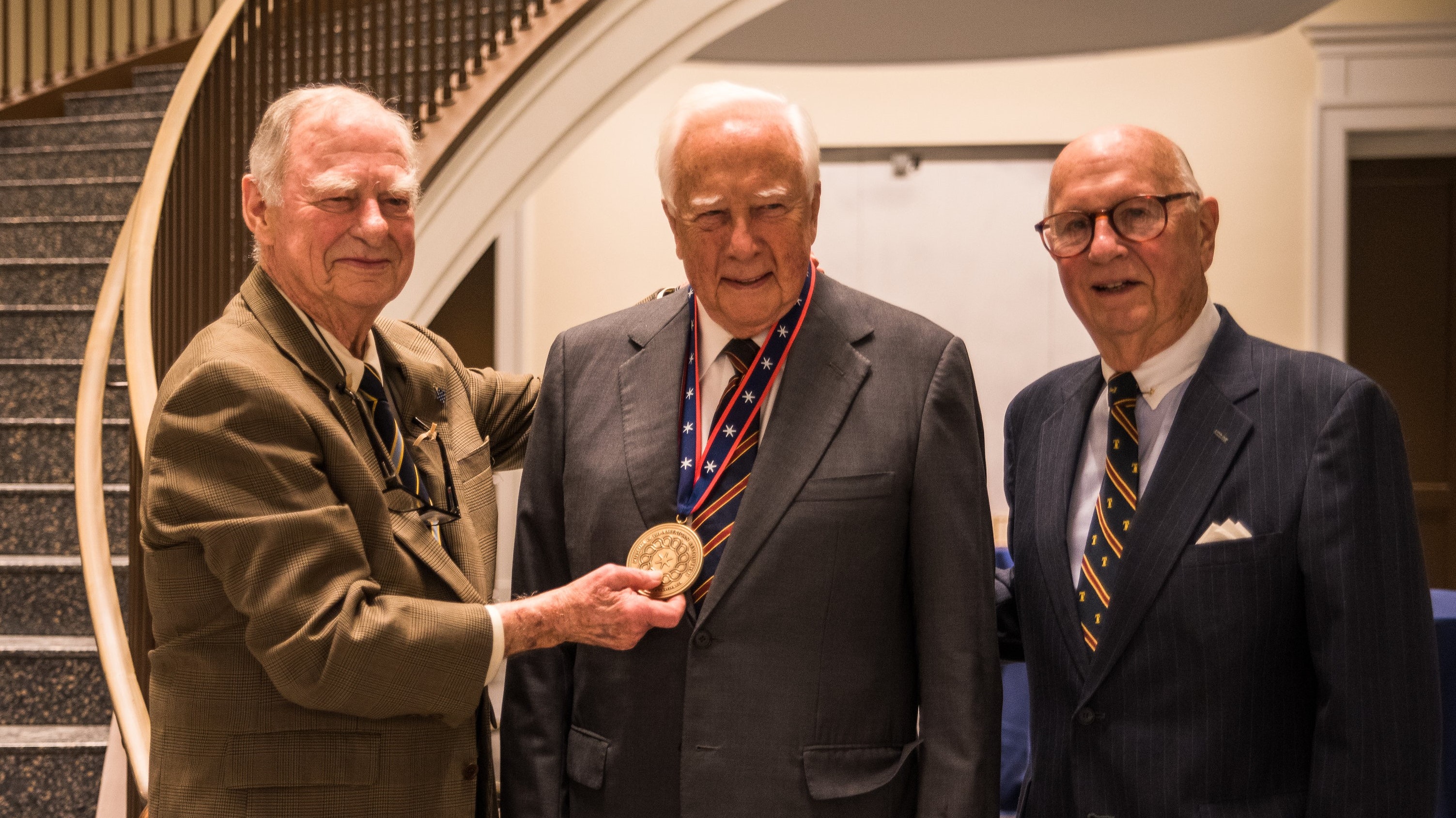 We mourn the loss of Pulitzer-Prize winning author David McCullough, whose work made real and relevant the lives of such luminaries as John Adams, the Wright Brothers, and Harry Truman. Mr. McCullough was a passionate advocate for the Museum from its earliest days, often borrowing a phrase from Thomas Paine to describe the initiative to build the Museum by saying “the sun never shined on a cause of greater worth.”

In 2016, Mr. McCullough was awarded the inaugural Lenfest Spirit of the American Revolution Award, which recognizes those who have made outstanding contributions to the spirit of the American Revolution by advancing public awareness and understanding of history and of its relevance in the ongoing American experiment. At the Museum’s grand opening ceremony in 2017, he was among the distinguished roster of speakers that included then former Vice President Joe Biden and the late Cokie Roberts.

Mr. McCullough had great admiration and respect for our late Founding Chairman Gerry Lenfest. The feeling was mutual. Said Lenfest, “David McCullough has been a major force in keeping alive the bold spirit of the American Revolution and has given an entire generation a new appreciation for the great responsibility of liberty.”

We extend our deepest sympathy to his family and friends.