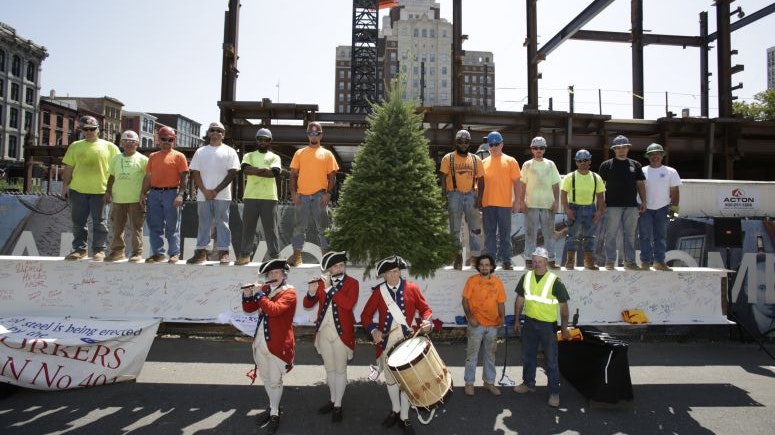 On July 16, 2015, on a spectacular summer day, we celebrated the "Topping Off" of the Museum of the American Revolution with our construction crew, staff, board members, supporters, and friends. Those in attendance signed a 40-foot steel beam and watched as it was lifted into place as the topmost beam in the rising steel structure. The spirit of the event was captured in the following photo gallery, as well as in articles that ran in the Philadelphia Inquirer and the News Journal.

We have reached this important milestone thanks to you and other friends and supporters. Together, we will soon open the doors to the Museum of the American Revolution. Huzzah!