A Shoemaking and Calceology Study Trip

Damian Niescior is an educator at the Museum. From 2015-2016 he was employed at Fort Ticonderoga, where he learned how to make shoes for the interpretive staff, and he has continued to hone his trade for the guests at the Museum. Recently, Damian was able to expand on that knowledge at Fort Ligonier, thanks to support from Museum and a fellow shoemaker, Brett Walker. 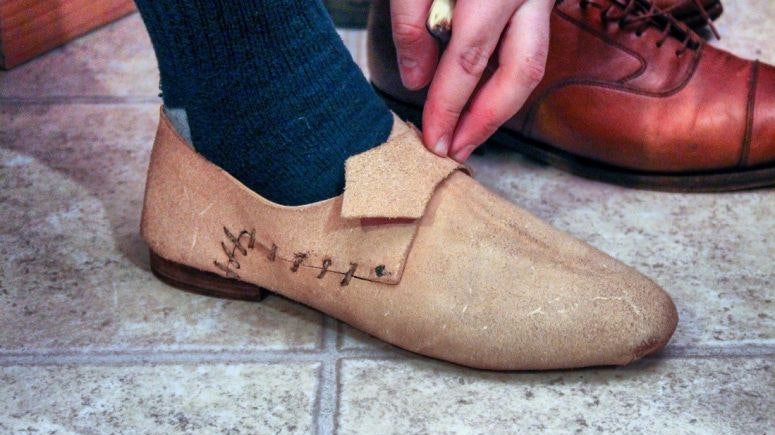 I recently drove out to Fort Ligonier, in the foothills of the Allegany mountain range about an hour outside of Pittsburgh, to further my shoemaking education. Built in 1758, it featured prominently in the French and Indian War as well as “Pontiac’s Rebellion” in 1763. Although it was decommissioned as a fort in 1766, it was reconstructed in the late 20th century. Fort Ligonier loaned us a six-pound bronze cannon for use in our special exhibition, Hamilton Was Here: Rising Up in Revolutionary Philadelphia, that ran from Oct. 2018 to March 2019. The fort also has possibly the greatest collection of surviving 18th-century shoes from a very narrow time period. In 1759, as British soldiers and camp followers were building and living around the fort, they dumped their trash, which included their worn-out shoes, into a ditch that ran into the local river – the Loyalhanna. This trash pit was then covered over by British engineers in 1759, sealing it from the weather and deterioration for the next 200 years. In the 1960s, archaeology began on this pit, uncovering hundreds of shoes, which were sorted and carefully preserved. Fifty years later, Brett Walker, a trained shoemaker, has been studying them and putting them back together, taking on one of the most difficult jigsaw puzzles in the world!Brett invited me to Ligonier for two main objectives: to continue studying shoemaking and to learn the science of “calceology.” Calceology is a subset of archaeology that focuses on the study of extant footwear. The Fort Ligonier collection would be a perfect training ground for my first foray into studying surviving shoe fragments. The bulk of the process involved drawing the surviving pieces and capturing as many details as possible. One of the problems of leather shoes is that they are very difficult to preserve, meaning many collections of shoes are simply crumbling to dust. Documenting shoes as we did will be essential for the understanding of these shoes in future generations. This extends to shoes we have in the collection at the Museum, including at least one 18th-century man’s shoe. 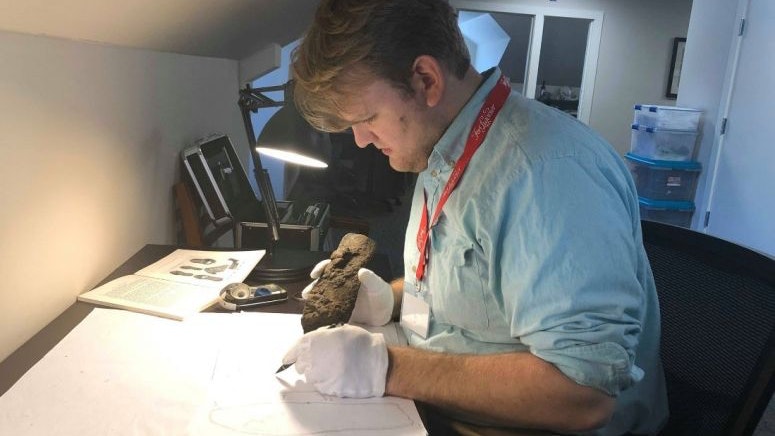 The other half of my time at Fort Ligonier was devoted to the continued development of my own skills as a shoemaker. This began with an introduction of how to make “turn shoes”. Turn shoes are shoes that are made partly inside-out and flipped halfway through production. This was the primary method of shoemaking during the medieval period and continued into the 18th century until it was gradually phased out with fashions and methods of production. In the 18th century, turn shoes were usually very light, and it was not the strongest method of constructing a shoe. This made them nice for dancing and easier to make, and so we resolved to start me on a pair of turn dancing pumps. Today, pumps mean something completely different now than they did back then. A pump in the 18th century meant a quality, light men's shoe, often with a smaller heel. They we popular with both the gentry, but also sailors as well. In my time at Fort Ligonier, I learned how to take measurements, pattern, carve an insole, and shape an outsole.This trip to Fort Ligonier allowed me to further my understanding and education on the subject of shoes to bring back to the Museum for our daily education programs and special workshops. Shoes are one of our greatest connections to the 18th century, and to study and bring that knowledge back to the Museum has been very exciting. You’ll really be able to understand the sole of shoemaking! 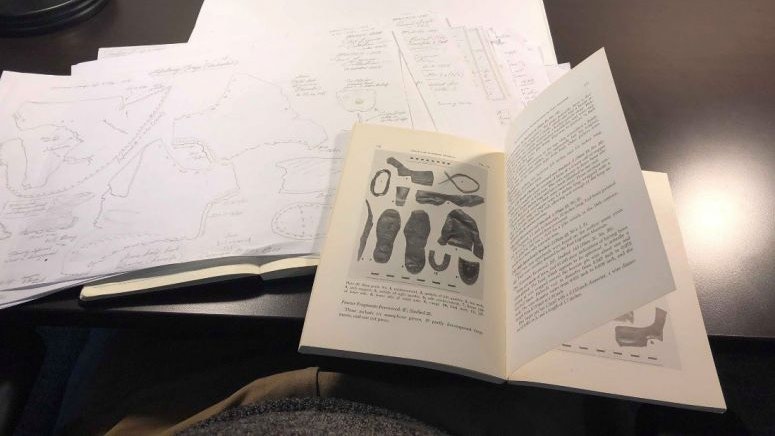 Learn more about 18th-century trades and crafts at daily demonstrations throughout Spring Break, running through April 28 at the Museum.