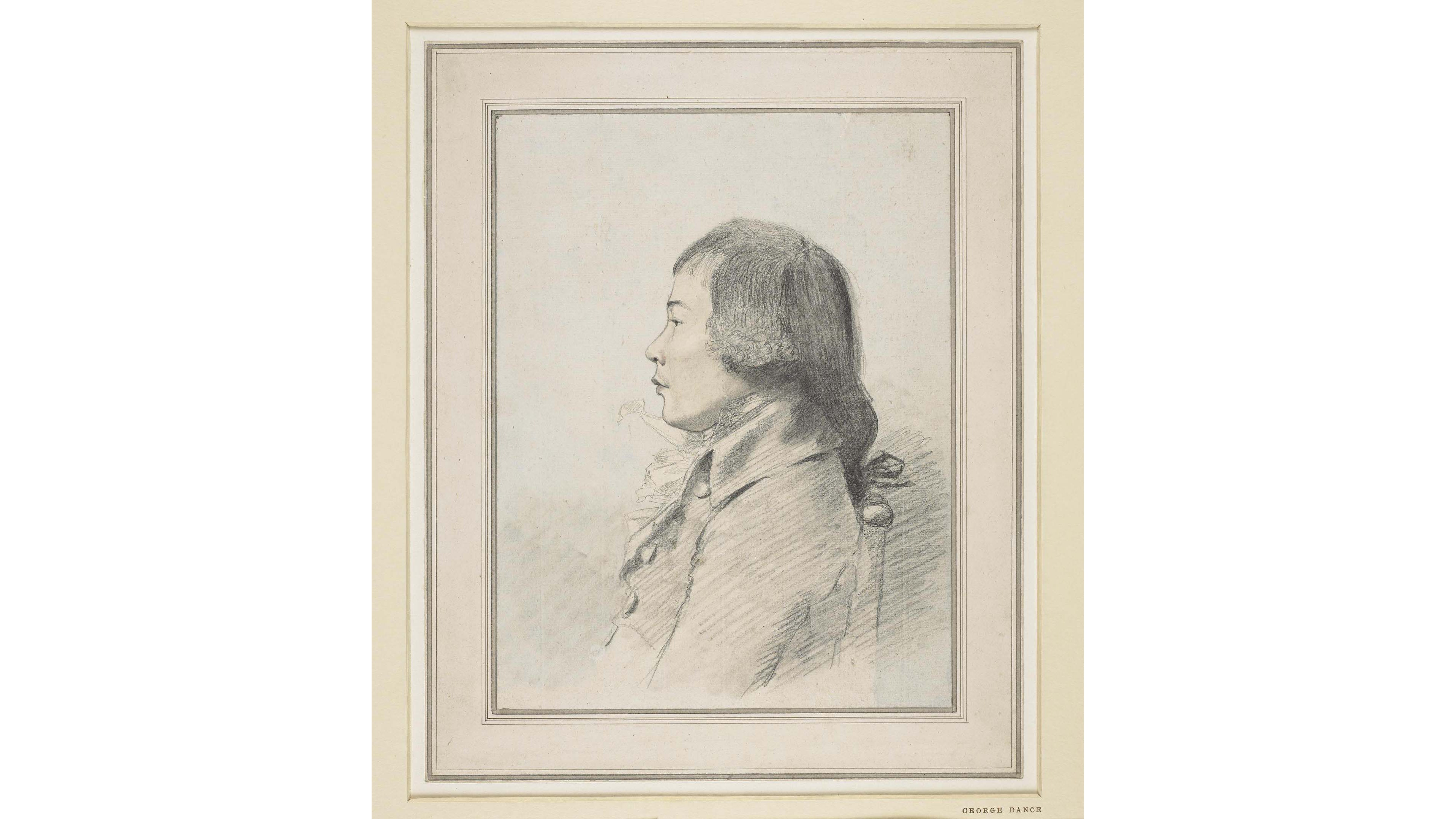 Though not Charles Peters, this unidentified Chinese man is one of the many Asian people who arrived in Europe and America in the 18th century. He is wearing English dress and, significantly, is seen without a Manchu queue, the hairstyle required on all men living under the Qing Dynasty in China. © The Trustees of the British Museum

By Daniel Sieh
With special thanks to historians Justin Clement, John U. Rees, Don N. Hagist, Robert A. Selig, and Todd W. Braisted

The story of Charles Peters provides a fascinating window into the contributions made by Asian people to the American Revolution. This blog post offers insights and summarizes an ongoing research project. As mentioned in our recent Meet the Revolution conversation, trying to understand the story of Asian people in the 18th century is like trying to discern a face through a silk screen; we can get impressions and contours, but the precise details remain elusive. Research is still ongoing, and information is still being dug up, but Charles Peters first emerged from a deserter description sent to me by historian John U. Rees:

"HALIFAX, March 14 TEN DOLLARS REWARD DESERTED from me the 12th instant on their march for Halifax, two soldiers belonging to the 5th battalion of this state, William Watson and Charles Peters, Watson has deserted five times, he has also cost the public twenty odd pounds for taking him up, and jail fees, he is about five feet ten inches high, dark complected, black hair, lives on or near Bay river, below Newbern. Peters is an East-India Indian, formerly the property of Mr. Thomlinson in Newbern. … BEN STEADMAN."
- The North-Carolina Gazette, May 15, 1778.

Based on this evidence, an Asian man, Charles Peters, served in and deserted from the Continental Army. This parallels the descriptions of another Southeast Asian man in Continental Army service. Thanks to Robert A. Selig’s research, we have the description of 23-year-old John Newton, described as a barber from "Bengaul, yellow complexion, talks good English," from the size roll of the First New Jersey Regiment in the company led by Captain Matthias Ogden. Notably, Charles Peters and John Newton both possess English-sounding names. This raises the possibility that many more soldiers from the East Indies may have served in the Continental Army, yet remain undiscovered because their names seem unremarkable.

From the 1778 deserter description alone, we can make some educated guesses and inferences. The language used, describing Peters as “property,” suggests that he was previously enslaved. As such, he might have been subject to extensive legal battles about his ability to join the Continental Army. The fact that he did indeed desert implies that the courts must have decided in his favor or that he otherwise managed to enlist in the North Carolina forces some time before the spring of 1778.

Ongoing investigations hint at some exciting possibilities. Historian Justin Clement has done extensive research into Peters’s years of servitude, court battle for freedom, and subsequent military service. At his querying, historian Todd Braisted discovered that Charles Peters was born around 1757 in Madras (present-day Chennai, India). We can posit that he was born in territory controlled by the British East India Company, and that he was sent as an enslaved person to the Carolinas, where he joined the Continental Army and gained his freedom.

Unfortunately, Peters’s story gets a bit murky after his desertion, and while he occasionally appears in later records, we are still researching what happened to him next. He may have rejoined the Revolutionary forces in time for the reorganization of the North Carolina Line in the spring of 1778. We have tantalizing evidence that Peters participated in the Siege of Charleston, became a prisoner-of-war, and even joined a Loyalist regiment, after which time he died in Kingston, Jamaica.

Imagine Peters’s life: his journey began in Madras, before he was enslaved under the British empire, came to America, and fought in the Revolution (possibly on both sides), only to end his life in Jamaica. This makes his biography a fascinating story to illustrate the diversity of experiences during the American Revolution. My own research will continue to explore the rich context of an Asian presence in the transatlantic world during this era.

The American Revolution is the story of the birth of the United States and the origin of our ideas and values. By exploring stories like that of Charles Peters, we can better understand that “We the People” included a diverse array of people in 1776, much as it does today. Revolutionaries like Charles Peters help us imagine how all Americans have a stake in this grand experiment of democracy. 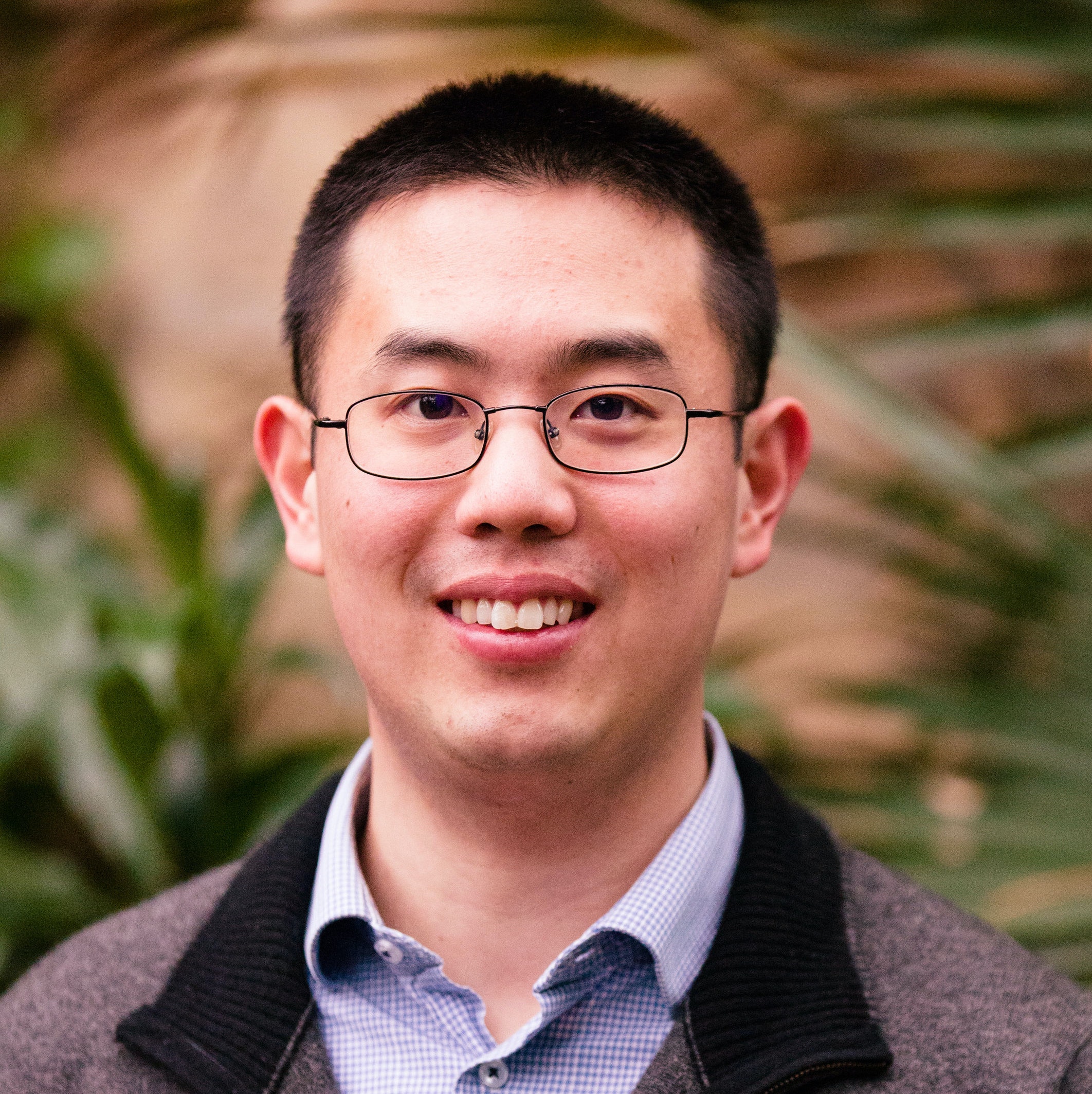 Daniel Sieh is a historical reenactor and history buff bringing Asian and Asian American history to the forefront. Follow his work @daniel.see.1781 on Instagram. 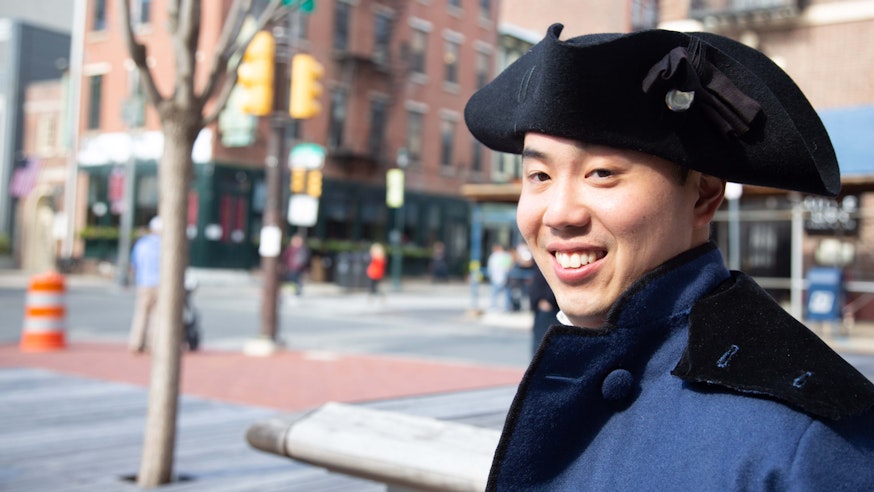 Daniel Sieh discusses his work bringing Asian and Asian American history to the forefront and his ongoing research on the role Asian people played in the American Revolution.
Read More