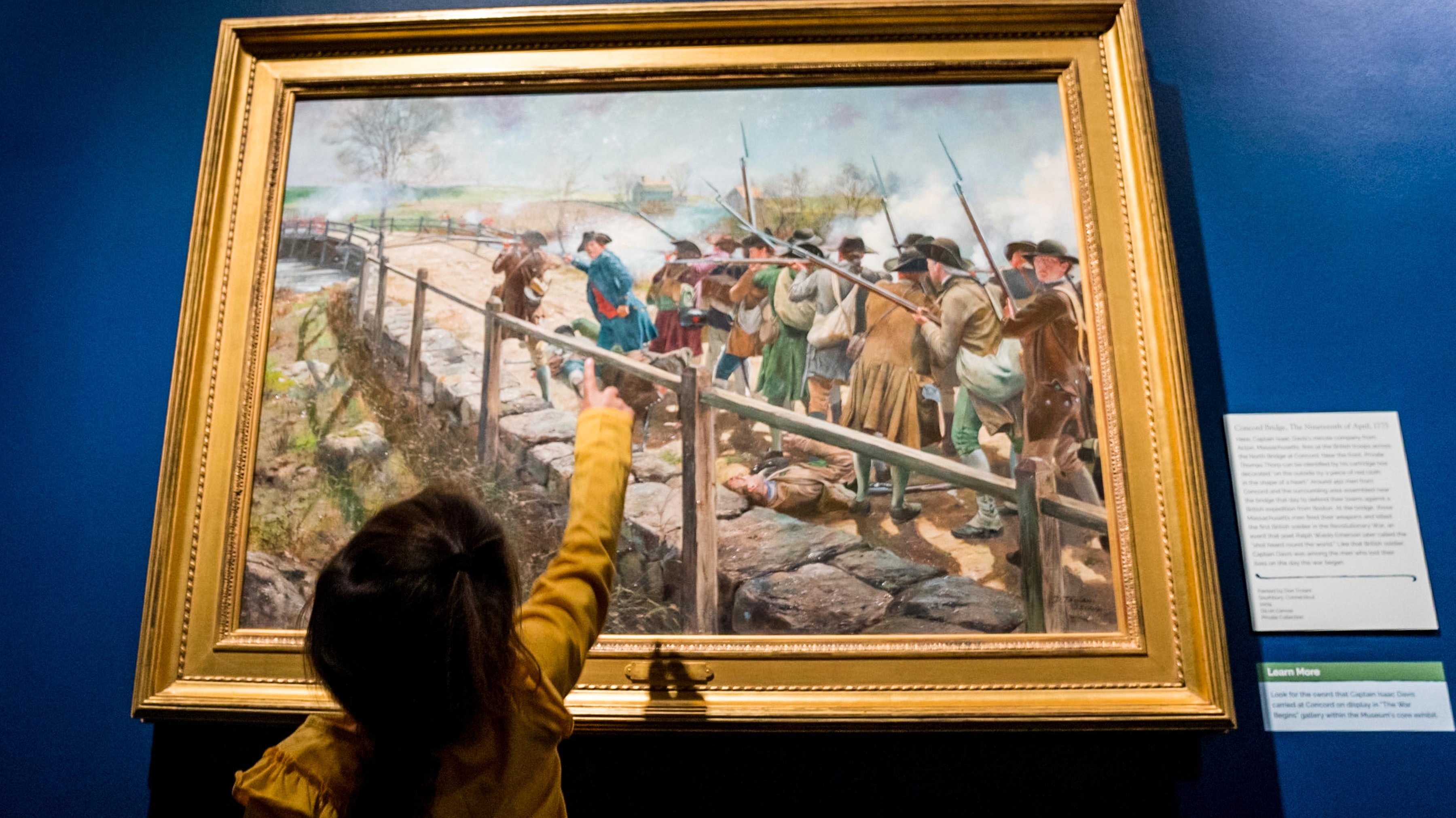 Join the Museum onsite and online to commemorate the anniversary of the “shot heard ‘round the world,” as Ralph Waldo Emerson later called it, that ignited the Revolutionary War on April 19, 1775. More than 240 years later, on April 19, 2017, the Museum officially opened its doors to the public and has since welcomed more than a million visitors to experience the tumult and transformation of the Revolutionary era. Join us as we celebrate our fifth anniversary!

AmRev Quizzo: Fifth Anniversary Edition!
Online (Pay What You Wish) | April 19, 6:30 p.m.
Join us online for a lively game of history Quizzo in celebration of the Museum’s fifth anniversary! From fun facts to name-that-artifact, test your knowledge of Revolutionary history with four live rounds of trivia. Each household that registers for this event will name their team and play to win the night’s prizes. Admission is pay-what-you-wish.

Special Exhibition: Liberty: Don Troiani’s Paintings of the Revolutionary War
Onsite (Patriots Gallery) & Online | Daily, 11 a.m. - 4:30 p.m.
The Museum's special exhibition, now open through Sept. 5, 2022, immerses visitors in the dramatic and research-based works of nationally renowned historical artist Don Troiani, including “Lexington Common, April 19, 1775” and “Concord Bridge, The Nineteenth of April, 1775.” Liberty is now available as a virtual tour where you can immerse yourself in 360-degree panoramic gallery images, high-resolution photos of the art and artifacts, and a guided audio tour.

Celebratory Selfie Station & Giveaway
Onsite (Lobby) | Daily
Stop at a selfie station in the Museum lobby to take a celebratory fifth anniversary photo! Share your selfie along with a memory of the Museum with us on social media @amrevmuseum for the chance to win a Museum giveaway.

Craft: Make Your Own Birthday Helmet
Onsite (Revolution Place) | Daily, 11 a.m. - 4 p.m.
Help us celebrate our birthday by creating your own birthday hat, modeled after the distinctive helmets Hessian soldiers wore. Decorate it with your own style and flair to help us celebrate turning five!

In-Gallery Talk: Battles of Lexington and Concord
Onsite | Daily
Enjoy a 10-minute pop-up talk to learn more about the “shot heard ‘round the world” at the Old North Bridge in Concord, Mass., in our gallery featuring objects from the battle, including an original beam from the Old North Bridge, as well as a newly installed powder horn, which has a hole in it matching the size of a British musket ball; a sword; and a hatband.

Reading List: Shot Heard 'Round the World
Online | Anytime
Commemorate the anniversary of "the shot heard 'round the world" with five suggested books from our Read the Revolution series. 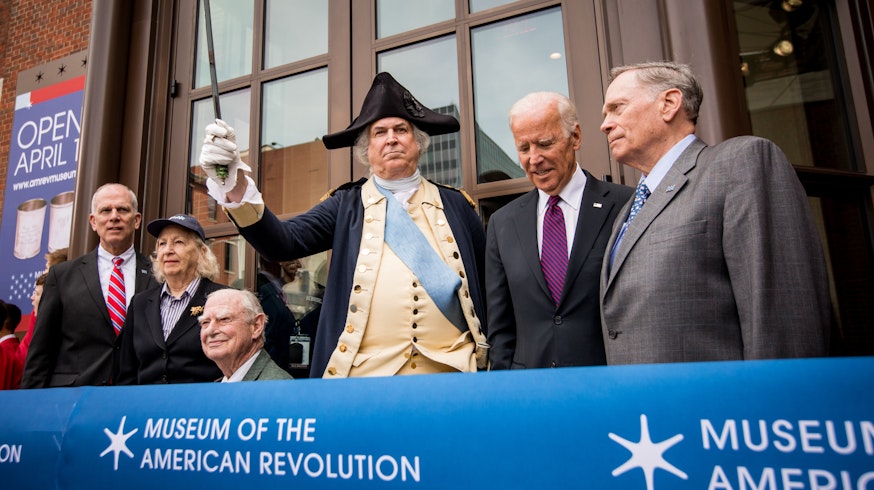 The Museum of the American Revolution in historic Philadelphia celebrates its five-year anniversary in April 2022.
Read More 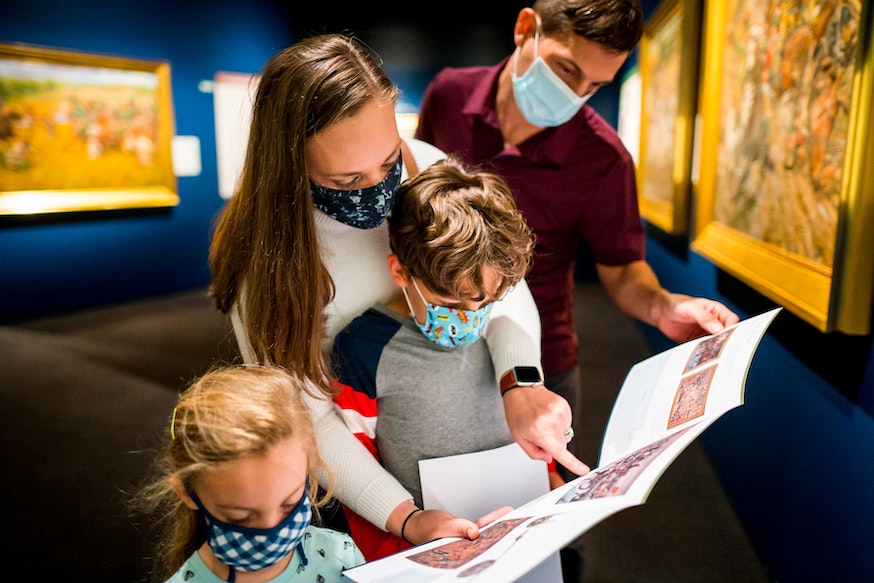 Spring Break at the Museum

April 9-24, 2022
Explore life on land and at sea during the Revolutionary War throughout Spring Break at the Museum with family-friendly crafts, in-gallery talks, and stories to learn more about the lives of soldiers and privateers.
Go to Event