The 1777-1778 winter encampment at Valley Forge became synonymous with hunger, deprivation, and cold, all feelings expressed in this painting by American artist Harrington G. Fitzgerald (1847-1930). This bleak scene shows a foraging party of Continental Army soldiers returning to camp after searching the countryside for food and other necessities. Fitzgerald spent much of his life working for a family-owned newspaper, but he found relief from the stresses of his professional life in painting. He studied painting under several notable American artists, including Thomas Eakins and John Singer Sargent. Fitzgerald is best known for his works depicting the landscape of Valley Forge. 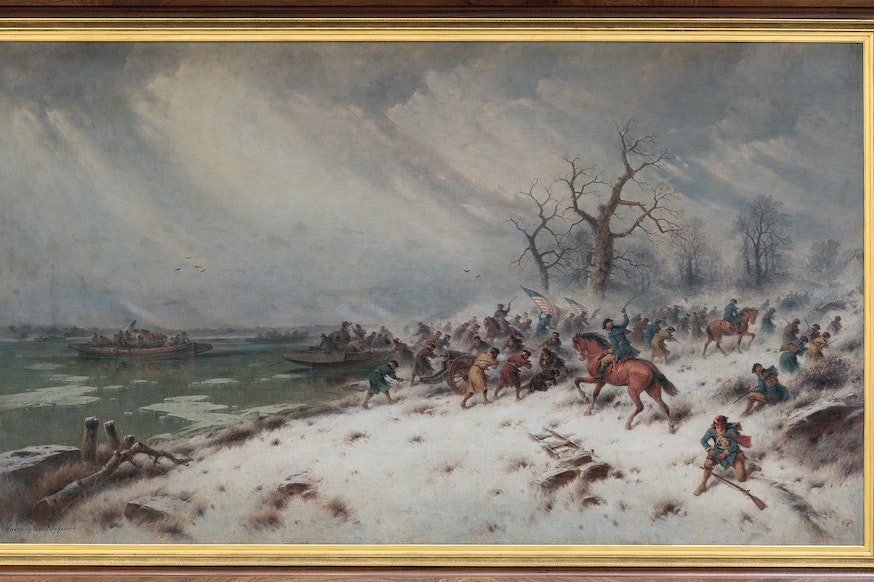