This musket is one of over 100,000 French arms imported into the United States during the Revolutionary War. In 1777, just before the military alliance between France and the United States became official, 60,000 French arms, mostly muskets, arrived in American ports. This musket is marked “UNITED STATES” on the stock, evidence of its use by a soldier in the Continental Army. On February 24, 1777, the Continental Congress resolved “That all arms or accoutrements, belonging to the united States, shall be stamped or marked with the words UNITED STATES.” Congress wanted to combat theft of Continental Army property. Just over a month later, Sergeant Jeremiah Greenman of Rhode Island noted that he and fellow soldiers encamped at Morristown, New Jersey, “were ordered to town to have our guns stamped US.” 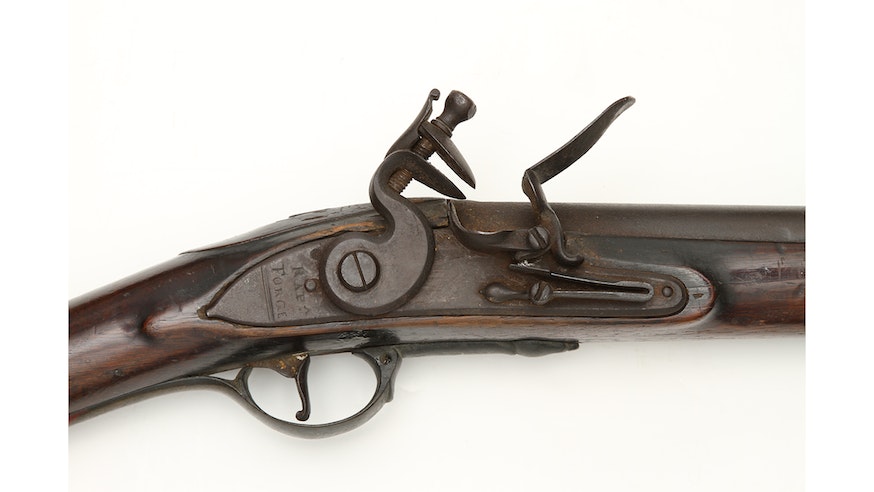 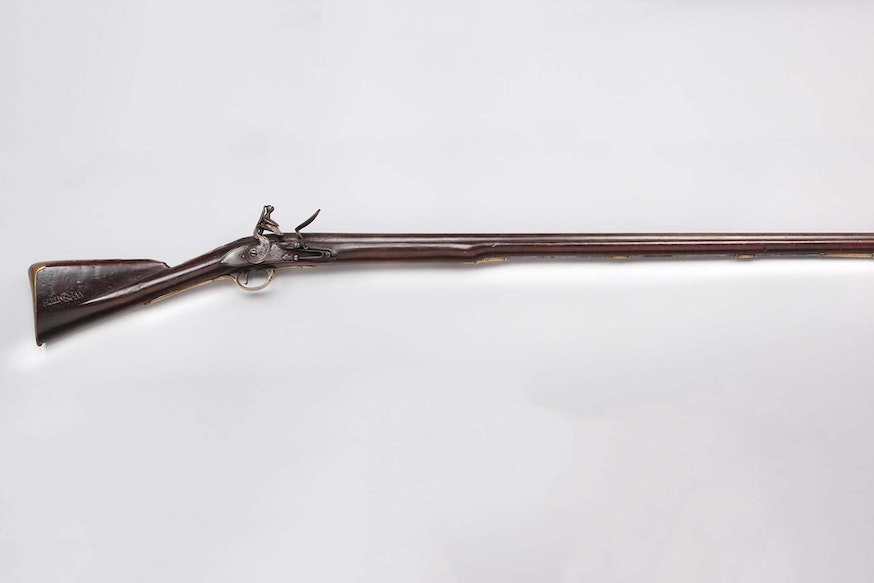 This British musket was made following a pattern developed in 1756 and is marked to the 4th Regiment of Foot.
See Object 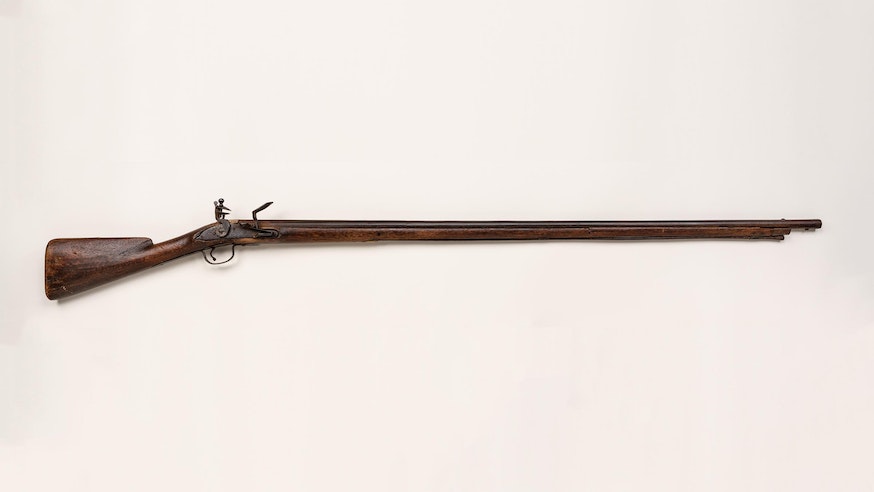